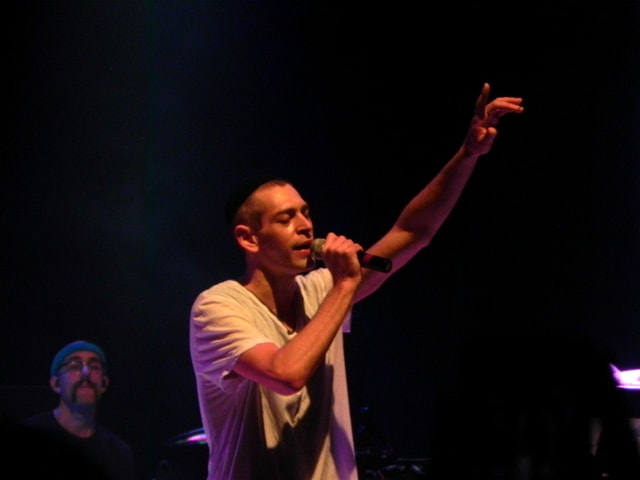 The Tim Tebow and Matisyahu Phenomena

Football was one those things that I never really caught on to despite living in the US for the past 21 years. Just the name of the game is enough to confuse a Brit who relates to football as a round ball that is kicked with one foot, not passed by hand. But the past few weeks – like many Denverites – I have been paying close attention to the game, no small thanks to the Bronco’s new QB Tim Tebow.

Tebow has not only been winning games for the Broncos but he is also winning the minds and hearts of Christians and non-Christians alike across the US and around the world by thanking Jesus after each game and getting down on one knee to offer a prayer during the football game. His prayer position has become so popular that it has been coined Tebowing!

But perhaps more fascinating is the messiah-like following and frenzy that supporters of Mr. Tebow have created. In fact local popular conservative radio talk show host Dan Caplis was so encouraged by the positive role model and strong ethics that this football player is displaying for our youth that he even suggested that Tim Tebow might one day run for President of the US! Who knows – he may be right!

However, this Tebow mania sounds very similar to the treatment of Jewish reggae star Matisyahu.

Approximately ten years ago the orthodox Chabad community embraced the Chassidic reggae style singer Matisyahu with a very similar passion that Tim Tebow is greeted with today. Many people, myself included, felt that Matisyahu was an enormous asset in Chabad’s tool chest to reach unaffiliated Jews. Here was a man who dressed and looked like your average religious Jew but who sings like Bob Marley! More importantly Matisyahu’s songs reflected some of the deep Chabad/Jewish philosophical concepts.
For a group that uses vast resources to reach Jews in the farthest of places via spiritual and esoteric teachings, Matisyahu was a great asset. Through his enormously successful music career he took the Chabad message to platforms and places never reachable before!

The phenomenon was not limited to Chabad outreach. I remember an executive of another Jewish outreach group telling me how Matisyahu was the best thing to happen to Judaism since sliced bread and how they were planning to spend large amounts of money promoting him to Jewish youth.

As a result of all this, Matisyahu’s impact on young Jews has been largely positive, moving many to take on more observances and some to follow his lead and adopt an orthodox lifestyle.

However ,as we have recently seen, Matisyahu is a man who beyond the glamour has struggled deeply with his own spirituality and commitment to Jewish practices. This spiritual and religious instability has surfaced over the years, resulting in some publicly embarrassing moments. Most notable was the recent removal of his beard – a spiritual signature of the body. This has left many people confused and even encouraged religious kids to emulate him in his beard removal lead.

While many bloggers have been critical of Matisyahu for his religious failures, my hat is still off to a man for trying to find his path in a turbulent religious and spiritual world.

However, this should be a wakeup call to religious leaders to be careful when putting someone on a pedestal.

All too often we are looking for that Messiah-like figure to inspire us – only to be disappointed when they fail to live up to our expectations. For Matisyahu, this was his beard removal and other antics and for Tim Tebow there may come a time when Tebowing during football is just no longer financially viable. While celebrities should recognize their role model status in society, society should remember that these people are humans who may not be able to sustain living up to our high expectations.

In general this is a lesson that all of us non-celebrity individuals can also learn from.

When family or friends let us down when we least expect it this can be a source of great pain. This in turn leads us to question their sincerity to begin with and can further bring about a complete breakdown of the relationship.

Recognizing that they too are human and subject to the same ups and downs of the human condition as we are, can help us become better friends and family members and less judgmental members of society.

So let’s not give up on Matisyahu. Let’s rather wish him well on his spiritual journey, and leave Tebow some wiggle room both on the field and in his personal and spiritual life.