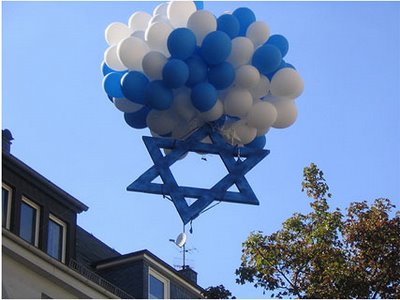 Join Israel in Sorrow and Joy at Two “Yoms”

Kathryn Bernheimer April 28, 2011 Holidays Comments Off on Join Israel in Sorrow and Joy at Two “Yoms”

In our great nation, we honor our veterans on Memorial Day and we celebrate our independence on the 4th of July.

In our treasured Jewish homeland, the two commemorations are held on consecutive days. Yom Hazikaron is the day Israelis honor their fallen soldiers. It is a day of sacred shared sorrow as citizens acknowledge the great sacrifices their countrymen and women have made. The next day, Yom Ha’atzmaut, Israelis joyfully celebrate the existence of a Jewish state, made possible by those sacrifices.

This year, the Boulder Jewish community will join Israel in its sadness and its pride at two separate events sponsored by Menorah: Arts Culture and Education at the Boulder JCC and Haver: Boulder’s Rabbinic Fellowship. On Monday, May 9, Yom Hazikaron will be commemorated with a 7 p.m. screening at the Boulder JCC of “An Article of Hope,” the inspirational true story of Israel’s first astronaut and the journey of a tiny Torah scroll into outer space.

Israeli Air Force Colonel Ilan Ramon and six other astronauts perished on February 1, 2003, when the Space Shuttle Columbia disintegrated upon reentry. The son of an Auschwitz survivor, Ramon felt a deep sense of obligation to Holocaust memory and witness. Among the few objects he took into space was a miniature Torah that survived the Bergen-Belsen concentration camp. The film parallels the fateful journey of this singular artifact and its profound symbolism with the life story of Colonel Ramon and his close bonds with fellow astronauts.

Tragically, on September 13, 2009, Ilan Ramon’s son, Captain Asaf Ramon, was killed while serving as a fighter pilot in the Israel Defense Force.

The screening honoring these fallen soldiers – one of whom fell from the sky – is also co-sponsored by Stand By Israel. There is no charge for the memorial program.

The community Yom Ha’atzmaut celebration, also at the Boulder JCC, will take place Tuesday, May 10, 5-7 pm. The festivities, organized by Haver, include a concert by the Boulder Klezmer Consort. There is no charge for admission. An optional falafel dinner will be available for $5.

Kathryn has spent her professional life writing about, teaching, and presenting the arts. Founding Director of the Boulder Jewish Film Festival, Kathryn was Director of Menorah and ACE at the Boulder JCC from 2003 through August, 2019. The former film and theater critic for the Boulder Daily Camera, Kathryn is the author of "The Fifty Greatest Jewish Movies" and "The Fifty Funniest Films of All Time." kathryn.bernheimer@gmail.com
Previous Boulder JCC in Architect Selection Process
Next Week in Review: April 29th, 2011