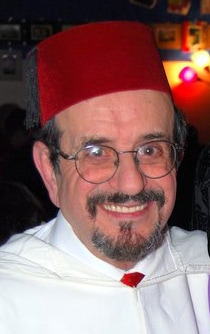 Samuel Ben-Or Avital, author of “The Invisible Stairway: Kabbalistic Meditations on the Hebrew Letters,” will be holding a seminar on authentic Kabbalah, starting March 18 in Boulder, CO.  The seminar, entitled Gathering of the Sparks: Authentic Kabbalah and Practical Wisdom, will run March 18, 25 and April 1, 8, 15, 22, 2011, six Fridays from 10:00 am to 12:00 noon.  This series will focus on the Hebrew letter Tsadde.

Avital, descendent of Moroccan Kabbalists tracing their lineage to 15th Century Spain and before, explains that the Hebrew letters are one of the most basic keys to properly explore the Kabbalah’s “mysteries.”  In his seminars, Avital delves into the spiritual meanings and discoveries contained in each letter, what each letter stores within her story.  He describes the letters as the “blueprint from which the stuff of creation is created, formed and made,” explaining that “Each verb has built in its essence a nucleus and a root to plant and build oneself within ‘the world.’  Each letter contains and symbolizes a spiritual power or energy.”

Avital shared just a few of the meanings of the letter Tsadde, which will be covered in the upcoming workshop: “The TSADDI (90) = ( צ means JUST, teaching us to strive to be JUST, loving justice and fairness, and to be consciously STRAIGHT and FULLY HONEST with our conscience, and with our thought, speech and actions.  This suggested practical attitude is one of the most important in our relationships between our “visible” being and our “invisible” being.  This emphasizes the importance of Justice in our lives, especially in our dark times in which justice is now a rare commodity.  Applying justice is of utmost importance and it is so neglected and removed from human consciousness these days.  TSADDI is the symbol of RIGHTEOUSNESS and HUMILITY, and is called by the name of TSADDIK = JUST.”

This workshop will also touch on the secret of the 36 TSADIKIM NISTARIM ל”ו צַדִּיקִים נִסְתָרִים (Hidden Justs) and their importance for sustaining the world.  Samuel explains “According to the Jewish Kabbalistic tradition, in every generation there are 36 righteous people that exist in the world in order to balance the distortions in the lower world of matter.  These 36 are not known, even to themselves, and are exemplars of עֲנָוָה anavah, (“humility”), living as “invisible” and “concealed” as possible without attracting any attention to themselves whatsoever.  They lead a holy, humble and ordinary life.  The role of these 36 righteous ones in this life is to justify the true direction of humanity and to fulfill the purpose of Creation.”

Devorah. is a student of Samuel Ben-Or Avital at Le Centre Du Silence. Samuel was born in Morocco to a family which traces its lineage to 15th Century Spain and before, passing in an unbroken line in the Sephardic tradition, the ancient beautiful and practical wisdom of the Hebrew knowledge of the Kabbalah. In 1958 he traveled to Paris to study with the Masters of Mime, Etienne Decroux and Marcel Marceau. In 1971 he founded Le Centre du Silence Mime School in Boulder, Colorado, where he currently resides.
Previous Pics and Video from Friedman Memorial Concert
Next CU’s Students for Israel Brings Speaker 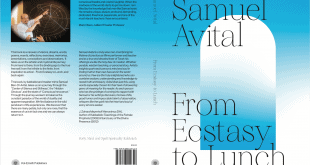 From Ecstasy to Lunch – A New and Insightful Book on Kabbalah