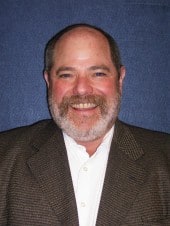 Farewell to BJDS from Daniel Bennett

Staff June 21, 2011 Guests and Blogs Comments Off on Farewell to BJDS from Daniel Bennett As my work with BJDS has now concluded, I want to share some thoughts with you.  When Brian called me in March 2010, it was to hire me as a consultant 1-2 days/week to help the school complete a successful 2010-11 school year and to determine its future past June, 2011.  The 16-month engagement was to terminate either with a sound plan for the future of BJDS, or with the school’s “closure with dignity.”

Well, you know the rest of the story. So, now I’d like to take this final opportunity to share with you three thoughts:

I want to thank you for the opportunity to get to know you, the adults (parents, staff, board members, community leaders): we gave the children an amazing 2010-11 school year despite tough odds, and you completed the school year with far more than dignity. That’s important for many reasons, not the least of which is to model for our children.  I’m proud that our kids had a great year socially and academically; they will do well wherever is next for them.

Especially, thanks to the wonderful children: you learned how to write, compute, think, analyze, question, empathize, struggle, overcome, cooperate, and flourish.  It was a blast for me to spend time with you, and I wish it could have been more.  You were a joy to the adults who love you, and a credit to the community.  You touched my heart deeply and I will carry you there forever.

Why?  I get asked all the time.

We did the best we could this year, but the result was inevitable given the reality of the playing field.  I’d go a step further and say that the school’s very existence over its years was due to nothing short of parental chutzpah, vision, and “never-say-die” attitude.  Eventually even these traits cannot triumph over reality.

The school did not fail because the community would not give us enough philanthropy.  BJDS may have raised more money per capita annually than any other Jewish school or institution in the area over the decade and-a-half of its existence.

The school failed because – for a variety of reasons that may be fun and important to debate some day – it could not attract and retain a stable student body.  The lifeblood of a day school is a stable K-5 student body.

Congratulations for keeping it alive against impossible odds for so long.  Can the community create an entity that attracts 50-80 K-5 kids, rather than the high-water mark of 28?  Can we learn from this school’s experience?  What needs to change (both internally and externally for the community) to give it another chance?  Questions for another day…

I know that a Jewish community without a Jewish parochial day school is a poorer community in so many ways: less range of choice, less attractive to new families, and children (and their families) miss out not only on an environment that is wonderful for them as learners, but on the opportunity to live their religious values daily with ease, and to grow up naturally with that Jewish creativity and legacy at their center –  families have to work a lot harder to find & maintain those values without a day school.

At the same time, I am struck by how little we can know of cause-and-effect.  Many theologians in the past and today might have explained the school’s closure as “predetermination” or divine will: they would say “G-d has a plan, and this, too will turn out for the better.”  Even my grandmother, z”l, would say that. My own theology doesn’t allow me to quite believe we are marionettes on G-d’s strings, nor that G-d brings challenge to us in order to fulfill something greater. Still, I am sure that I cannot know what this closure will bring about for the community, for these families, for the children and teachers, or for the world!

An example that I try to remember daily: you may be familiar with the concept on the “lamed-vavnik,” which in Hebrew means “the 36.”  Tradition holds that in every generation there are 36 righteous people for whose sake the world – no matter how challenging and desperate it has become – continues to exist; these 36 must survive to bring light & healing to a broken world.  The great part is that nobody – not the rest of us and not the 36, themselves – will ever know the identities of the thirty-six.  And so, if we live our lives well, we will treat everybody we meet as if he or she is one of the “thirty-six” – and we will behave as if we each are one, as well!  What a concept…

Perhaps one of these children is destined for extraordinary greatness and will discover it only on a path in the Boulder Valley public schools.  Or perhaps one of these children will meet a “lamed-vavnik” at the next private academy he or she attends – and will be the catalyst for that chosen-one to step forward.  Who knows if one of these parents or teachers will become self-actualized only through the chain of events brought into existence by this singular event in June, 2011, on Lookout Road.  We cannot even know for certain how the Boulder Jewish community will respond to BJDS’s closure.

So, for now, I am sad (a real jewel has been lost, one experienced by too few) and expectant (who knows what events this may catalyze?).  I wish you all a meaningful and even joyous summer.

They call me "NewsHound IV," because I'm a clever Finnegan, sniffing out stories all over the Boulder area. I love Jewish holidays because the food is GREAT, especially the brisket. Well all the food. I was a rescue pup and glad to be on the scent!
Previous BJCF Calls for Grant Applications
Next BJDS Graduates Final Class 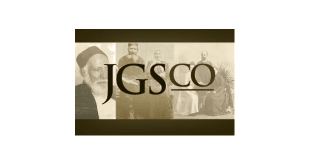 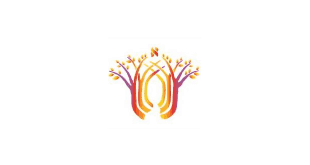 As Jerry Seinfeld would put it, “And you want be prime minister again.” While Seinfeld once caught George Costanza sprawled on the floor in his underwear after stumbling in Seinfeld’s living room, last week Benjamin Netanyahu stumbled – a generous description – by comparing accusations against his family to a “blood libel.”