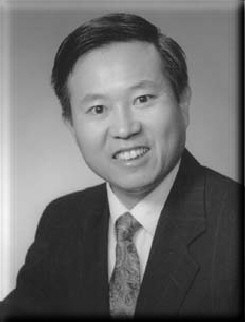 As young student at Nanjing University some 30 years ago, Xu Xin decided to study English literature. His masters degree focused on American fiction and he became fascinated by Jewish authors such as Bernard Malamud, Saul Bellow and Philip Roth. These authors piqued his interest to such an extent he commenced a voracious study of Judaism and even translated the Encyclopedia Judaica into Chinese.

Today Professor Xu Xin heads the department of Jewish Studies at Nanjing University and is a recognized world expert on Kaifeng Jewry. The leading Jewish studies scholar in China, Professor Xu Xin will come to the Boulder JCC on Thursday, January 6 at 7 pm to share his story as well as his knowledge.

Professor Xu Xin has been recognized around the world for his unique intellectual ability and his expertise on Jewish-Chinese relations. He was recently recognized by Bar-Elan University in Israel with an honorary doctorate. On sabbatical this year, Professor Xu Xin is currently serving as an international fellow at the United States National Holocaust Memorial Museum in Washington, D.C. He is also taking this opportunity to lecture on Chinese Jewry at various universities through the U.S. and Canada.

The history of the Jews of China goes back to the 9th century when Jewish merchants played a vital role in international commerce along the Silk Road. That led to the establishment of an energetic Jewish community centered around Kaifeng during the Song Dynasty. Although Kaifeng ceased to be the center of Jewish life at the beginning of the 20th century, descendants of these Jews have begun to rediscover their Jewish roots.

In addition to the ancient Kaifeng community, Sephardi Jews from Baghdad established an advanced mercantile enterprise in Shanghai during the 18th century when Shanghai served as a free port under English and French concessions. To this very day imposing buildings in downtown Shanghai along the Bund remind one of the significant contribution these Jews made to the Chinese economy.

A substantial community was also established in northern China, primarily in Harbin under Russian influence along the Sino Russian Railroad. From about 1880 until 1930 a full array of Jewish educational, philanthropic, social and Zionist organizations functioned dynamically in Harbin. That community was terminated with the onset of the Chinese Civil War.

A fourth influx of Jews were Holocaust refugees who were able to find asylum in the Shanghai ghetto from 1941-1945. Under Japanese occupation, Jewish life faced hardships, but Jewish life itself was not in jeopardy. Some of those refugees made their way to Denver, Colorado after the war.

“a true friend of the Jewish people and of Israel. He has personally endeavored to raise the profile of the Jewish message in China and is widely recognized for his enthusiasm, commitment and dedication to the spreading of Jewish knowledge throughout China. It is very exciting that Colorado is going to be able to welcome the professor and to be given the opportunity to hear his words of wisdom. China is regarded as the new frontier and Jews are playing a greater role in its development. Xu Xin is assisting in substantial measure to heighten the awareness of Judaism throughout China today.”

At the Boulder JCC, 3800 Kalmia, Boulder. Tickets are $8 at the door. Contact kathryn@boulderjcc.org for more information. Click here to add this program to your calendar, sign up for reminders, and other features of the Community Calendar. Presented by Menorah and co-sponsored by the Program in Jewish Studies at CU and CU’s Center for Asian Studies. The program is part of Movers: Do You Speak Jewish, a year-long collaborative exploration of language and literature.

Kathryn has spent her professional life writing about, teaching, and presenting the arts. Founding Director of the Boulder Jewish Film Festival, Kathryn was Director of Menorah and ACE at the Boulder JCC from 2003 through August, 2019. The former film and theater critic for the Boulder Daily Camera, Kathryn is the author of "The Fifty Greatest Jewish Movies" and "The Fifty Funniest Films of All Time." kathryn.bernheimer@gmail.com
Previous A Bazaar in Broomfield
Next Beth Ami Winter/Spring Adult Education