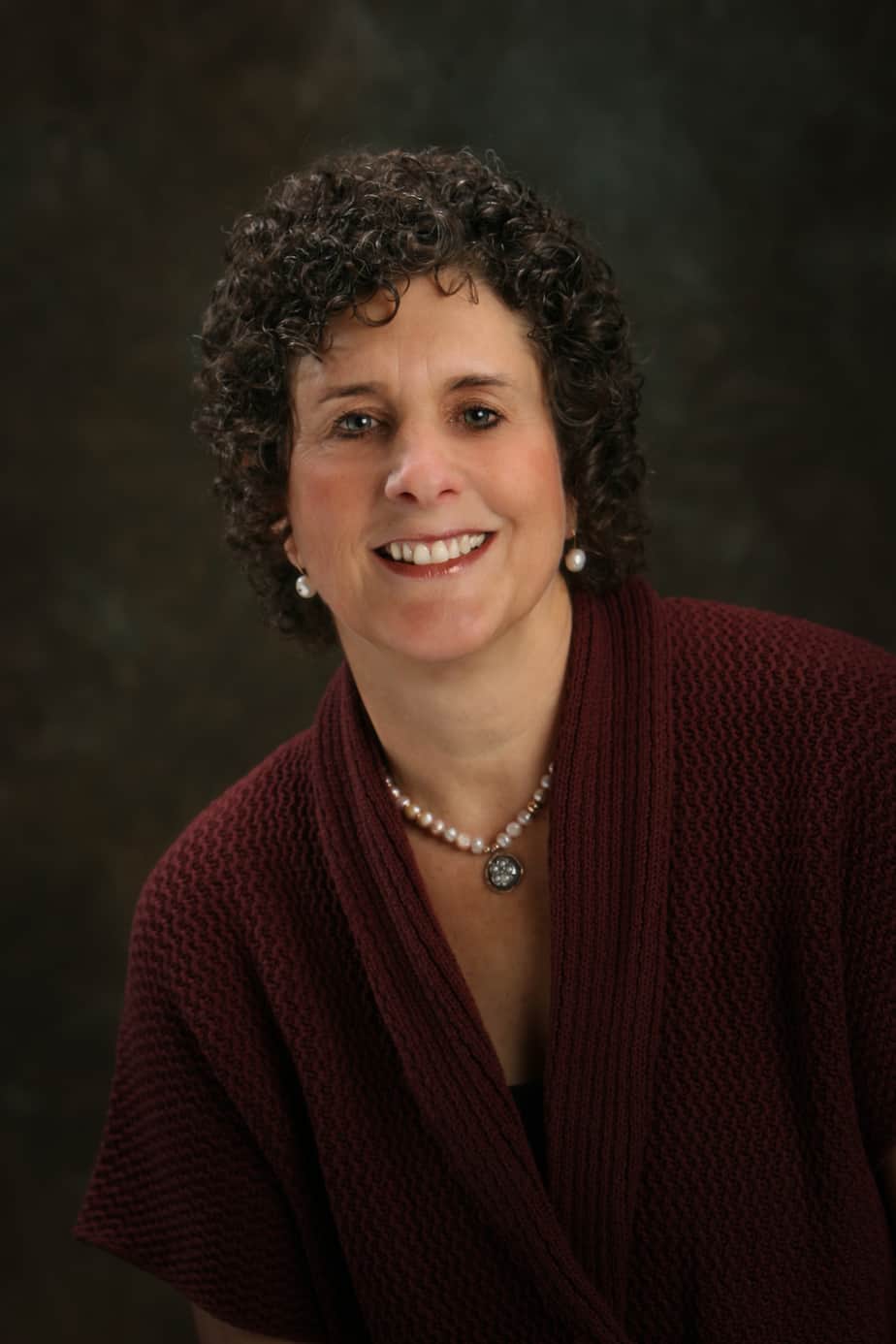 As a senior in her Massachusetts high school, Francine Lavin Weaver won the Paul A. Smith Award honoring the senior who contributed the most to the betterment of the Springfield JCC.

As the Boulder JCC stands poised to create a new center that truly reflects the vibrancy of this unique community, Francine recalls the days when this dream was born. She was there working to make the dream a reality, just as she has been making things happen in the community ever since she arrived in Boulder with her family in 1993.

She served on the board of the Boulder Jewish Community Foundation, which was charged with creating the first JCC in Boulder. Once the BJCC opened its doors in 2000, she launched its library, HaSifria, which started as a humble teacher resource center and has grown into a full service library boasting 10,000 books, DVDs and CDs.

She created the BJCC’s first newsletter, the Community Page, teaching herself a graphics program to create a one-page, double-sided sheet of paper. Today, the re-named Center|Point is a hefty, full-color brochure mailed quarterly to more than 5,000 households in Boulder.

Francine was on the ground floor of many new community ventures, often working on the sidelines. From the moment she landed in Boulder she became actively involved in the Boulder JCC Pre-school and Bonai Shalom, serving on boards and committees. She was involved in the first Boulder Jewish Festival.

Her passion for Jewish education is unsurpassed in the Boulder Jewish community, which has benefited enormously from her energy, imagination and largesse. She created the annual Chidush Awards to honor, inspire and support local Jewish educators. As someone who hated Hebrew school, she says she wanted to create a better experience for her own children, which has led her on a life-long quest to “redesign Jewish education.”

Although Jewish education is her passion, Francine has not limited the use of the resources at her disposal to creating educational innovation. Through her charitable foundation, 18 Pomegranates, Francine has funded dozens of projects, agencies and initiatives in Boulder and beyond. Privately she donates, often anonymously, outside the Jewish community to organizations such as Community Food Share and the Homeless Shelter.

Francine admits she has walked a sometimes tricky line between being a generous funder and an active community member.

“It’s been a journey for me as I went from being a worker bee, when I sat on boards and advisory councils, to being more of just a funder,” Francine said recently over tea and gluten-free cookies at Breadworks.

It has sometimes been a challenge to walk that tightrope, Francine admits, adding that Boulder is a small community where everyone knows each other. She never wanted to be “too public” as a funder, and is very sensitive to the unique role she plays in the community she has so generously enhanced.

On a mission to Peru with AJWS, she was struck by executive director Ruth Messinger’s commitment not to come into a community and tell them what they needed.

“Instead she said that we listen to what they tell us they need,” Francine explains. “That helped me grow into my role. I always try to listen. I’ve attended retreats, talked to other people involved in philanthropy, read books on tzedakah, studied Maimonides’ eight steps of giving, and attended Jewish Funders Network conferences where I met people in similar situations and learned a lot from them. I feel like I’m finally growing into it. I’m learning how to walk into a situation and be clear which hat I am wearing.”

Francine grew up in Longmeadow, Massachusetts, attending a Conservative temple that was “like a cathedral.” She hated it, and didn’t like Hebrew school any better. She gravitated toward the Springfield JCC as a teen, in part because her parents would only allow her to date Jewish boys. She was a day camp counselor, served on the Senior High board and was president of the JCC-affiliated high school sorority.

Francine attended Lesley College and became a special educator, moved to the San Diego area with her then-husband Butch Weaver, and started a family. The family joined a havurah, were members of a Reform congregation, and sent their daughters Becca and Shana to Jewish pre-school and day school.

When Qualcomm, where Butch worked, opened an office in Boulder, the family came for a summer visit, having heard that the schools were good.

I liked that the Jewish community was small,” Francine remembers. “I thought that in Boulder you could get in on the ground floor and make your passion happen. In San Diego it might take three years to run into someone again; here it happened in three days.”

They joined Bonai because “it felt haimish.” They sent their son David, born in 1990, to the JCC Pre-School, where Francine formed lasting friendships with other families. Francine interviewed to teach at both Har HaShem’s and Bonai’s Hebrew schools and got involved in her children’s public school classrooms.

As the BJCF began to explore the possibilities of building a new JCC, Francine played a critical – and somewhat humorous – role. She laughs as she recalls the day she was in the Flatirons Athletic Club’s locker room, stark naked, when she ran into local realtor Audrey Berne, who told her that the property on Cherryvale and Arapahoe was back on the market. Francine took the news home to Butch, and the Weaver Family Foundation subsequently bought and donated the land, which is the site of the future BJCC.

Today she looks with amazement, and no doubt some pride, at the Boulder Jewish community.

This is where my heart is,” she says. “I am so glad to see how things have evolved in 17 years, which is almost a generation.”

As for her own role in Boulder’s growth, both as a worker bee and as a funder, Francine may have struggled with the transition, but she is aware of the importance of both roles.

Bob Klutznik once told me, ‘You were wealthy before you had money.’ I loved that.”

Kathryn has spent her professional life writing about, teaching, and presenting the arts. Founding Director of the Boulder Jewish Film Festival, Kathryn was Director of Menorah and ACE at the Boulder JCC from 2003 through August, 2019. The former film and theater critic for the Boulder Daily Camera, Kathryn is the author of "The Fifty Greatest Jewish Movies" and "The Fifty Funniest Films of All Time." kathryn.bernheimer@gmail.com
Previous Help Babies and Their Families
Next Week in Review: January 21st, 2011