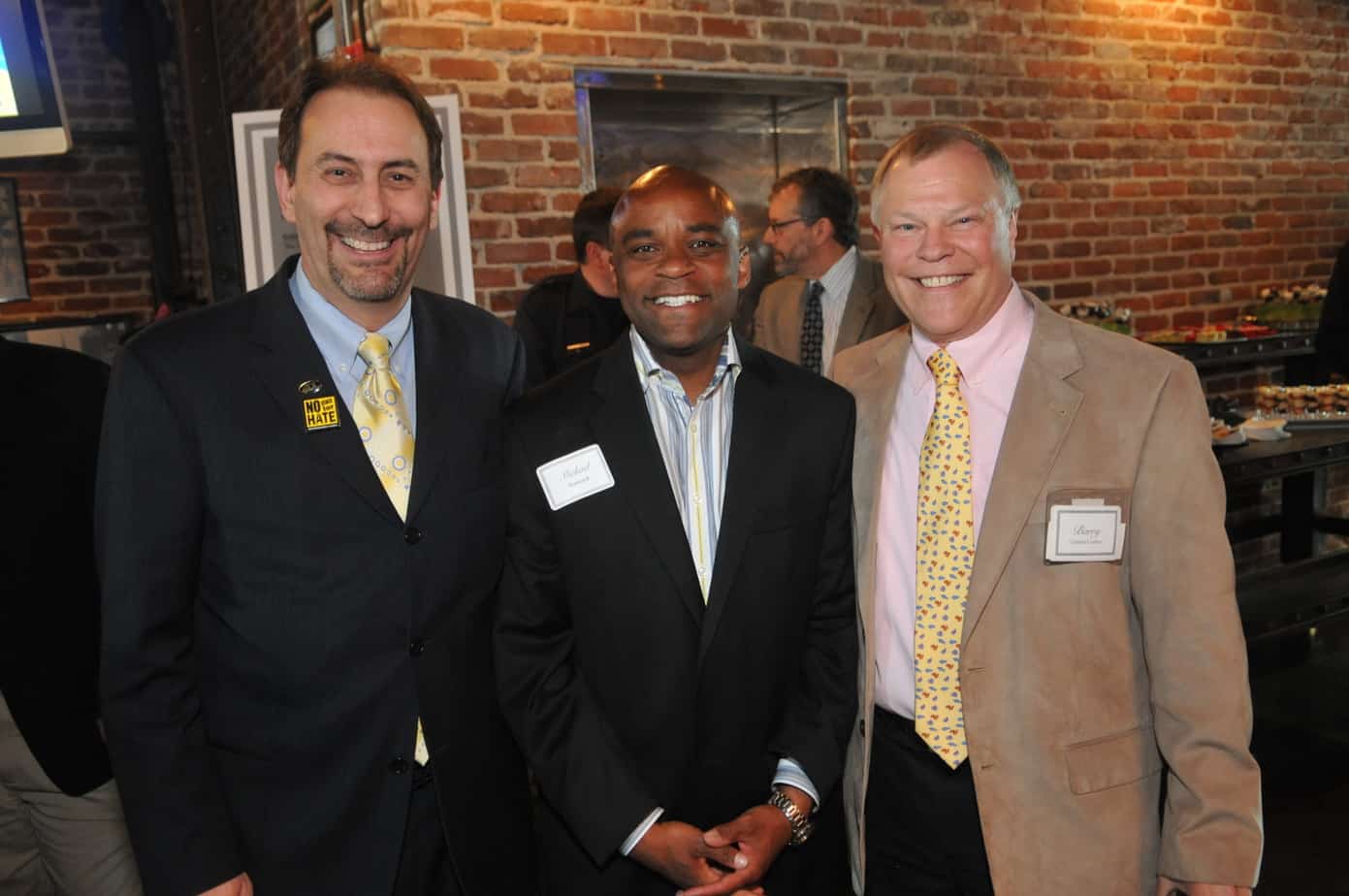 ADL Celebrates Its 70th Year in the Region

Staff June 20, 2011 News Comments Off on ADL Celebrates Its 70th Year in the Region

The evening was filled with live music provided by the Denver Jazz Band Youth All-Stars and conversation amongst ADL’s closest friends. Denver City Mayor Elect Michael Hancock made a special appearance and addressed the crowd, paying special tribute to the great work of ADL on behalf of all the citizens of Denver. Some of the notable guests in attendance were Rose Community Foundation President and CEO Shelia Bugdanowitz, Gill Foundation President and CEO Tim Sweeney, U.S. Attorney John Walsh, Dependable Cleaners’ Ruth and Warren Toltz, Barry and Gay Curtiss-Lusher, Sheryl Feiler, and Ellen Robinson.

ADL Regional Director Scott Levin, Chair Stu Pack and event Co-Chairs Neil Oberfeld and Karen Steinhauser recounted the work of ADL in Colorado and Wyoming, and recognized the tremendous efforts of former Directors who were present for the Gala, Sheldon Steinhauser, Saul Rosenthal and Bruce DeBoskey. For 70 years, ADL in the Mountain States Region has fought anti-Semitism and all forms of bigotry, while defending democratic ideals and protecting civil rights. Through its work with schools, law enforcement and the community, ADL has built a reputation as a leader in the development of materials, programs and services that build bridges of communication, understanding and respect among diverse groups.

Money raised from the 70th Anniversary Platinum Gala will support ADL’s programs and services throughout the year and continue ADL’s mission “to stop the defamation of the Jewish people and to secure justice and fair treatment to all.”

They call me "NewsHound IV," because I'm a clever Finnegan, sniffing out stories all over the Boulder area. I love Jewish holidays because the food is GREAT, especially the brisket. Well all the food. I was a rescue pup and glad to be on the scent!
Previous Jonah Rubin Bar Mitzvah
Next BJCF Calls for Grant Applications