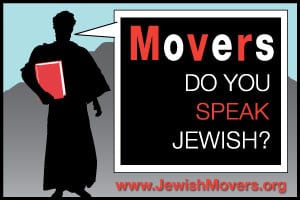 Few countries have been faced with the challenge of teaching so many immigrants a new language in such a short time as Israel. Since its founding in 1948, Israel has absorbed millions of immigrants from dozens of nations, all with its own language and customs. Hardly any of these new immigrants spoke Hebrew, which was chosen as the national language of the new Jewish homeland. Almost all of these new Israeli citizens learned Hebrew in an ulpan.

The ulpan was designed to teach adult immigrants to Israel the basic language skills of conversation, writing and comprehension. A number of secular and religious kibbutzim across Israel offer Ulpan courses. The course typically lasts 5 months and the Ulpanists will usually work part-time on the kibbutz in addition to their studies. This is a particularly attractive option for younger immigrants or tourists.

But the ulpan has been much more than an intensive and highly effective language instruction program. Most ulpanim also provide instruction in the fundamentals of Israeli culture, history, and geography. The ulpan was a solution to the problem faced by a new country with a massive influx of new immigrants, refugees from war-torn Europe, oppressed and disadvantaged communities from Africa and the Middle East, and others from all parts of the world. Attendance at an ulpan and learning the Hebrew language served as a common bond that helped to turn immigrants into Israelis. Come learn how the ulpan experience developed a shared identity and sense of statehood on Sunday at the Boulder JCC as Menorah presents “Creating Israelis: The History of Ulpan – A Panel Discussion About How a Language Instruction Program Served to Acculturate, Indoctrinate and Forge Israel’s National Identity.” Part of Movers: Do You Speak Jewish, the program begins with an introduction by Professor Zilla Goodman on how Hebrew became the national language of Israel. Panelists will then discuss their experience learning and teaching Hebrew in an ulpan.

The program is in memory of Sara Batz, who was one of the first teachers and pioneers of the ulpan system, who taught in Boulder several times under the sponsorship of B’Yahad.  Batz taught Hebrew to many Boulderites, and shared her amazing life story spanning years of Israeli history.

Kathryn has spent her professional life writing about, teaching, and presenting the arts. Founding Director of the Boulder Jewish Film Festival, Kathryn was Director of Menorah and ACE at the Boulder JCC from 2003 through August, 2019. The former film and theater critic for the Boulder Daily Camera, Kathryn is the author of "The Fifty Greatest Jewish Movies" and "The Fifty Funniest Films of All Time." kathryn.bernheimer@gmail.com
Previous Kabbalah Seminar on the Hebrew Letter Ayin
Next Rabbi Yoel Glick: Seeking the Divine Presence