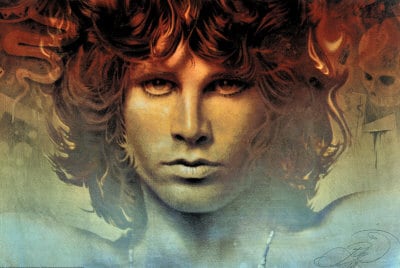 Many of you know (indirectly or directly) Sam Glaser and have heard his music. We spotted a link to this piece on Twitter (‘cuz that’s what we do!) and it definitely hit home with us.  We checked with Sam to see if it would be ok to repost it on Boulder Jewish News and he granted permission. For more about Sam, check his website SamGlaser.com, his blog, and his newsletters. Thanks, Sam!

One thing we share as human beings is a deep, unspoken connection to our past. Intense events that stick to our psyches like a thistle in a ball of cotton. Some of those moments create potholes in our lives that we vow to avoid in the future at all costs. Others create cravings that we still try to satisfy. Single frames of the movie of our lives create our personality, our predilections, our phobias.

I recently saw the movie KPAX where Kevin Spacey’s character is tormented by a terrible episode in his past and convincingly adopts the character of an alien to cope with the trauma. I have friends who have been raped and even decades later must deal with the resulting anger and lack of feelings of security. Kids who suffer abuse must work overtime as adults to prevent the destructive chain from continuing into their own children’s lives. There’s a window of time when we are so vulnerable. It’s that same timeframe when we are more open and available to learning core modalities like taking on a new languages and musical instruments. I have six cousins who lost their father when they were kids. The destruction that this event wreaked upon their lives was commensurate with how old they were when it occurred. Those too young or old enough to wrap their heads around the tragedy escaped the degree of damage that their other siblings had to endure.

At a seminar I attended I was challenged to recall an incident during my teen years that scarred me and created a force that would inform my lifelong choices. An incident where perhaps I realized I was not “good enough.” A few came to mind. As an insecure tenth grader, my first year in high school, I nervously approached the door to the music room where the madrigal audition callbacks were posted. My name was not on the list. After three years as the star of the choir in Jr. High, the winner of the best vocalist in the LA City School district, this outcome was not acceptable. Singers were my chevra. My homies. My only reference group. As I endured a lonely tenth grade year I silently vowed that this would never happen again, that I would never rest on my laurels and my musical abilities would always be in peak form.

During my freshman year at CU Boulder I played keyboards in a Heavy Metal band called Castlerock. We played college parties and prided ourselves in our long hair and intense volume. One night, our guitarist Muno Wahab informed me that the song we had just perfected, Tommy Bolin’s “Post Toastee,” in all it’s nine minute glory, was written just before Tommy died at 25 of a drug overdose. I had just been exposed to his two albums and was hoping to see him play live. Add Tommy to The List: that dead rock star list that already boasted Jimi Hendrix, Jim Morrison and Jim Croce, Janis and Mama, Buddy and Bonham. Bolin had only begun his solo career. He played with Deep Purple, Billy Cobham and Jeff Beck, a crazy talented, innovative guitarist and songwriter. He was a Boulder, CO local. And now he was gone, all that talent and passion now six feet under.

That night I think I appreciated the vulnerability of my creative output for the first time. I had already written hundreds of songs, knowing that someday I’d have a chance to record them for the world to hear. As an overworked double major and cash starved college kid, it wasn’t in the cards for a while, especially given that back then there was no such thing as Apple’s Garage Band. You either had the money for a 24 track pro studio or you kept your music to yourself. But what if I died in the meantime? All those musical ideas gone with the wind! Thus was born the drive to record at all costs, even if it meant plunging all my money into building my own studio and learning the craft.

By the time I finished college I accumulated a respectable pile of recording gear. My best acquisitions were made helping starving musician friends get quick cash when all they had to sell was their instruments. I built a studio in my dad’s downtown LA fabric warehouse and purchased a Mac. That’s the original 512k Mac and the first version of MOTU Performer, the same hardware and software companies that keep my music playin’ till this day. I got good enough recording my own music and started producing others, creating a business that allows me to make people’s musical dreams come true and to sneak in an album of my own every year. Yes, I love touring and performing, touching my audiences with spiritual, uplifting music. But I must confess that my global galavanting is primarily a vehicle for me to find a home for these songs that I exorcise from my dream state every few days.

We are so busy climbing our personal mountains that we forget how they got built in the first place. My Letter in the Torah song comes to mind: “Who am I anyway, where am I going to, how did I get here and what do I need to know?” Our biblical heroes shared a common profession. They were all shepherds! I can just imagine sending around a resume with “shepherd” in the work experience section. But shepherds have time to think. Abraham used the time to intuit the existence of an ethical, loving God. Moses learned to care for a flock and wasn’t too busy to investigate a certain burning bush.

Taking time to think can be frightening. Is this the best job choice, relationship, use of my time? What if the answer is no? What if some negative experience in your past thrust you into action and only now you stop to realize that your present reality was dictated by some bully who called you a name in grade school? Making changes is hard work. But not making changes is either pathetic or tortuous. What were you born to do? Where would you be if that “seismic event” hadn’t happened to set you on your current trajectory? Who convinced you that you must have an MBA or law degree? Why do you live where you do? How will you meet your predestined one if you are dating someone just to have company?

What you are is God’s gift to you. What you make of yourself is your gift to God.” -Kelly Jeppesen

I was recently in a Starbucks taking a moment to breathe. I had finished multiple errands and I gave myself permission to think. As I sipped my mocha I engaged in a Breslov ritual of dwelling on all the things I was grateful for. My life, my health, my family, my home, my music, this delicious cup of coffee. I started up a conversation with a guy next to me who turns out to be the same age from the same neighborhood. He’s a healthcare executive who just got laid off. It’s a lousy time to get laid off. He shared that he used his newly found free time to build homes in Alabama for Habitat For Humanity and had a great experience. His newly realized goal is to use his business skills to create a similar company in the non-profit sector where he can make a difference.

Thanks to dead rock stars I now have more albums out than The Beatles. Thanks to NOT getting into madrigals my freshman year in high school I learned to take my craft more seriously. I also became more humble and able to roll with the changes. God gives us tests to make us stronger, and only offers us challenges that we can handle. Sometimes God sends events that force us to awaken to new opportunities. The Jewish calendar gives us periods like these Three Weeks of decreased joy (but still joy nonetheless) so that we introspect, appreciate our gifts and perceive what we’re missing. Consider taking this season to tap into those formative moments in your life that shaped the person you are today. If the shoe fits, wear it. And if not…

They call me "NewsHound IV," because I'm a clever Finnegan, sniffing out stories all over the Boulder area. I love Jewish holidays because the food is GREAT, especially the brisket. Well all the food. I was a rescue pup and glad to be on the scent!
Previous Week in Review: July 2nd, 2010
Next IST Photo of the Day 7-4-10