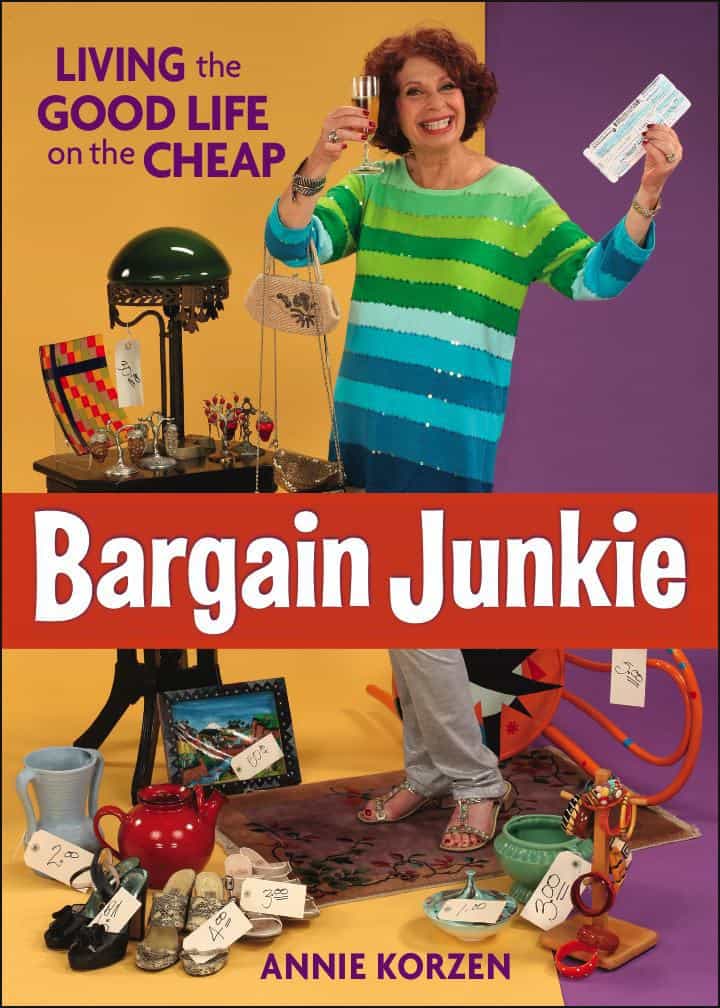 Bargainista Not Stingy with Humor Annie Korzen is a comedy writer and performer. Her humorous essays have been printed in The New York Times, Los Angeles Times, San Francisco Chronicle, and more. On Seinfeld, she played the recurring role of Doris Klompus an obnoxious neighbor living in Jerry’s parents’ Florida condo complex; other credits include ER, Judging Amy, Hannah Montana, and Transformers: Revenge of the Fallen.

Korzen has written, composed, and performed two solo shows. “YENTA UNPLUGGED Excuse Me, I’m Talking!” celebrates Jewish women through comedy and music. It has been produced on three continents: from New York to Sydney to Copenhagen and many points in between. Her second show, “KEEP YOUR MOUTH SHUT and Other Things I Can’t Do” is about the price one pays for speaking out. She is also on the lecture circuit with her talk, “The Good Yenta: A Humorous Celebration of Jewish Women”.

In 1993, Korzen was a guest on The Oprah Winfrey Show, in an episode entitled “Ethnic Men Who Reject Their Own Women”, a topic Korzen had suggested to the show’s producers.

Korzen will kick off the Boulder JCC’s Festival of Books and Culture with a party celebrating her new book “Bargain Junkie: Living the Good Life on the Cheap,” at Rags Consignment Store, 3129 28th St, on Monday November 1 at 7 pm. Tickets are $12. Reservations are appreciated; shari@boulderjcc.org.

In her own words, Korzen describes the inspiration for her latest foray into serious humor:

In my book, “Bargain Junkie: Living the Good Life on the Cheap,” I show that living on a budget doesn’t mean abandoning expensive tastes or a love of culture. Because I’ve practiced frugality all of my life, I’m a bargain expert who’s figured out how to spend my cash sparingly and still live a lifestyle of the rich and famous.

As a self-described “thriftaholic,” I wear designer clothes, have filled my home with valuable objects, eat in restaurants (a lot!), give the occasional dinner party, put a child through college, and have traveled all over the world – all on the cheap. My mantra? You don’t have to be rich to live well.

“The economy is down, but there’s no need to do without.  Learn how to live large for very little with Bargain Junkie!”

Kathryn has spent her professional life writing about, teaching, and presenting the arts. Founding Director of the Boulder Jewish Film Festival, Kathryn was Director of Menorah and ACE at the Boulder JCC from 2003 through August, 2019. The former film and theater critic for the Boulder Daily Camera, Kathryn is the author of "The Fifty Greatest Jewish Movies" and "The Fifty Funniest Films of All Time." kathryn.bernheimer@gmail.com
Previous Chai Life VII: Screening and Masked Ball
Next How Many of the Forward 50 Do YOU Know?