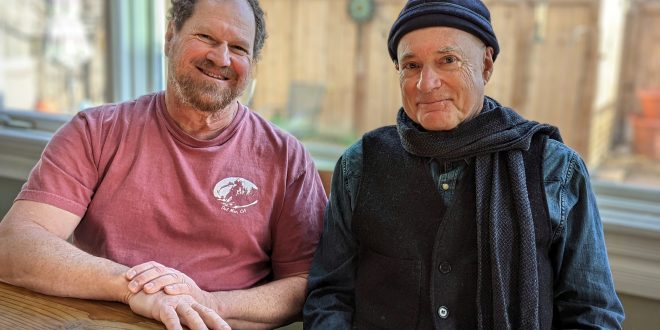 Kristin Palyo June 23, 2022 Arts & Culture Comments Off on Documentary, “Voices of Palestine’s Future,” in the Works in Boulder

I recently sat down with two very inspirational and highly talented men named Bruce. Throughout our sitting they detailed their experience and purpose for visiting Israel this past year: “to work with a group of college-age Palestinian students and teach them how to do professional video production.”

To begin, Bruce Borowsky, American producer and cinematography director at Pixel Mill Studios, explained how he found himself traveling to Egypt for work back in 2019. Ahead of his trip Borowsky asked his friend Bruce Shaffer in Jerusalem to join up for some close up looks at Israel and the West Bank/Palestine. Shaffer, who divides his time between Boulder and Jerusalem, from where he leads photography workshops for Israeli and Palestinian youth, offered to arrange a one-day videography workshop for Borowsky and Palestinian young adults in the Palestinian Authority.

While this wasn’t on Borowsky’s original itinerary, he jumped at the opportunity and hopped on a flight buzzing with possibility. After digging into Israel for a few days, they traded in their roles as tour guide and tourist and teamed up to teach a photography workshop to Palestinian students.

This experience was unique to Borowsky and he returned back to America feeling unfinished, commenting, “I wanted to do more to get to know young Palestinians.” Eager to return, he called up Shaffer and they decided “to work with a group of forward thinking, college age Palestinian students and teach them how to do professional video production”.  Given Borowsky’s background and vocation, this idea was of course accompanied by a camera and the experience was recorded as a documentary in-progress, “Voices of Palestine’s Future”.

Despite three flight cancellations due to COVID Borowsky finally joined Shaffer in Israel this past January and February to teach and film. Shaffer had contacted a colleague and Palestinian civil society leader who gathered around a dozen, mostly 20-something Palestinian men and women for the project. The workshop lasted around a week and together they taught the students all things video including shooting, lighting and sound. Borowsky stepped back from his usual filming role and let the students step up. “They were running the camera. That was important to me”. The Bruces explained that above all else the project was designed to give students tangible and practical skills they could walk away with, which could “maybe affect their lives”.

Listening more I realized the most unique aspect of the project was of course the lab which entailed students interviewing each other regarding their hopes and dreams for themselves and their country. The interviews shed light into the students daily lives and they expressed, according to Shaffer, “a constellation of forces limiting their freedoms, ranging from movement to thought, along with a resolve to claim agency over their lives.” Of course limited freedom of thought is a stranger to Americans, as we have agency sometimes beyond our own comprehension. Borowsky added,  “They don’t normally have a voice. I’ve heard governments speaking for them but I wanted to hear what they have to say. We heard a lot more than I expected”.

I gather that beyond teaching students interviewing skills, the lab operated as an ear and platform for students to speak their thoughts and truth. Speaking further with Shaffer he said, “there was a lot of soul bearing” which allowed the students “to really express their love for each other and their intention to continue working together”. The students definitely learned videography skills and the film will hopefully garner an audience and offer new perspectives. However, the “deepened connection the group shared in itself was a success” to Shaffer.

Throughout my interview with the filmmakers it became abundantly clear to me that Shaffer and Borowsky differ in their purpose behind the project. Borowsky is again an American film maker and he expressed he wants the film to be hopeful. Diving deeper, he shared that he wants to connect American viewers to these students and show “that these people are just like us with the same hopes and dreams”. Borowsky aims for the film to instill hope internationally as a result of the microphone it offers to the Palestinian students.

Alternatively, Shaffer’s purpose for the project differs as a result of his proximity to the topic. Shaffer resides part of the time in Israel and regularly works closely with Palestinians and Israelis. Because of this, he hopes the project can “move the needle, however minisculy,” on the Israeli-Palestinian conflict. To him this means the project will serve as “something that works toward bringing peoples in the region to see and accept each other.” Even if it’s “just a drop in the bucket”, he believes these young students’ voices will reveal their shared desire for a positive future within the region.

A documentary is meant to tell a story which is honest and true. Meaning, this documentary has a responsibility of being authentic to its characters. Shaffer adds “This is a real courageous and radical act on their part to be speaking this candidly and on camera”.

The two are just beginning the editing process and have hired a Palestinian-American woman to help translate the Arabic spoken in the footage. This will help ensure an honest translation which will aid Shaffer and Borowsky in creating a documentary which tells the story of these Palestinian students honestly and well. I remind myself that you can’t rush genius and the two filmmakers are weighted by their duty to the Voices of Palestine. Despite this duty, I am confident the film will be authentic and thought provoking.

If you’d like to learn more or help support Shaffer and Borowsky in creating this documentary you can donate by accessing this link. https://www.pixelmillstudios.com/palestine

Kristin is a Colorado native attending CU Boulder and studying Psychology and Sociology. She plans to pursue journalism and seeks to feed her passion for writing by reporting facts and sharing stories.
Previous A Series of Feel-Good Films For The Summer Swings Into Action
Next Weekly Edition: June 24th, 2022 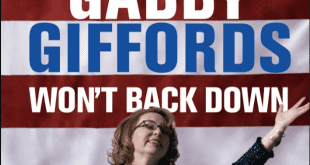 Boulder Screening of “Gabby Giffords Won’t Back Down”