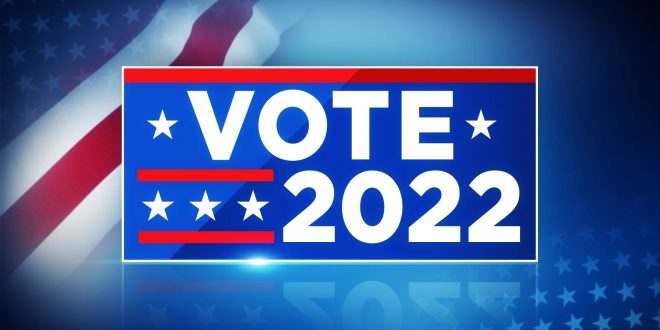 Ilhan Omar will almost certainly return to Congress in January, but she barely broke 50 percent in Tuesday’s Democratic primary that allows her to move on to general election on Nov. 8.

Her rival, Don Samuels, mused in The New York Times, after conceding, “If this was the general election, no doubt that we would have won this race.”

This was not the general election, and how could a Republican overcome Omar in a Democratic dominated district? A Republican probably could not succeed, but an independent candidate would have a reasonable chance of being elected to represent Minneapolis and some of its suburbs.

Many of us are frustrated by the status quo, our choice between the nominees of two political parties. Alternate parties and/or independent candidates have made little traction, so we are stuck with voting for either a Democrat or a Republican.

Omar, who is serving her second term, might be on our side on most domestic issues, but we are repulsed by her crude way of bashing Israel. This is only one instance of an Israel-bashing representative barely getting renominated, but it is a situation to take advantage of since it has emerged.

An independent could topple her in a general election. Combine those who provided Samuels with 48.2 percent of the votes with Republicans who usually vote against Democrats, especially Omar.

In a three-way race, enough Republicans might abandon the GOP candidate if the independent is perceived as more moderate on domestic issues and fair-minded about the Israel/Palestinian conflict. Many Republicans and conservatives are probably intelligent enough to recognize that the GOP candidate will likely lose. However, a respected independent will have a more viable chance to oust Omar.

If they vote for the independent, Republicans will hardly get another Newt Gingrich – not that they could hope for that in Minneapolis – but there would be one less extremist in the House of Representatives.

Publicly, Samuels and Omar clashed over police funding in the city. Pro-Israel groups avoided the race, unlike two years ago when they supported a more Israel-friendly nominee. Omar trounced him by 35,000 votes compared with the 2,500-vote gap last week.

Israel did not emerge as an important issue, but I doubt if there was a need for it. Surely Jews and other sane voters there are well aware of her hostility to their concerns.

Independent candidacies have worked out in two political situations, and I can think of a third possibility – local urban races; statewide offices; and potentially Republican-dominated districts.

It was refreshing in 2019 when Kendra Brooks was elected as councilmember-at-large in Philadelphia. Democrats are entrenched in my city and some of the time they can be mistaken for Republicans. If most Democrats are concerned about citizens’ views, I rarely notice it. I recently found from personal experience that the more liberal Democrats voice sympathy, but they respond with halfway measures.

Brooks ran on the Working Families Party ticket and took advantage of a requirement that room must be made on City Council for two minority-party members. Usually, Republicans occupy two at-large seats, and Brooks displaced one of them. She has held hearings on affordable housing and landlord-tenant issues and has been more vocal on said issues than even the better Democrats.

Independent candidates have won Senate and governor posts in four of the laidback New England states.

It might work. That concept, at the liberal end, came razor-thin close to succeeding in Minneapolis.

Bruce S. Ticker, who writes from Philadelphia, also blogs for The San Diego Jewish World and Smirking Chimp and previously for the suspended Philadelphia Jewish Voice. He was previously a reporter and copy editor for daily newspapers in eastern Pennsylvania.
Previous Letter: The Settler Colonialists of Ben & Jerry’s
Next Fellowship Opportunity for Colorado-based Jewish Teen Engagement Professionals