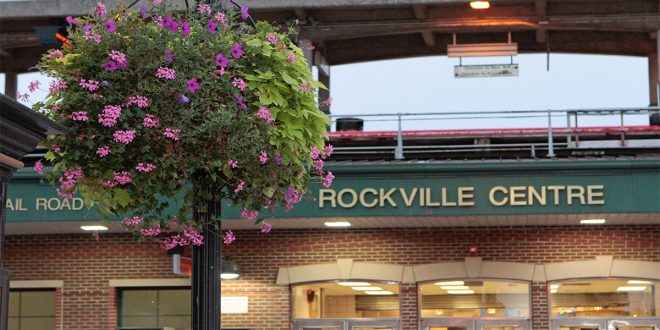 Michelle Zangari opened a can devoid of any live worms when she warned that Orthodox Jews could be poised to seize control of Rockville Centre on Long Island, which was part of an eight-minute rant that drew condemnations against antisemitism from New York’s governor, senior senator and scores of others.

From Toms River, N.J., Richard Ciulli, a critic of Hasidic Jews in Lakewood, N.J., made StopAntisemitism’s Antisemite of the Week more than a year ago.

Perhaps Zangari, Ciulli and other critics of Hasidic Jews are antisemitic or at least insensitive to Jewish concerns, but they are addressing genuine issues, so Gov. Kathy Hochul is a tad premature when she declares, “The despicable and antisemitic rhetoric used at a Rockville Centre board of trustees meeting has no place in our state.”

Sen. Chuck Schumer, with his addiction to the television cameras, may have been speaking into a microphone when he said, “The antisemitic rhetoric and tropes used by a speaker at the recent Rockville Centre village board meeting are offensive and disturbing.” If, indeed, it constitutes “antisemitic rhetoric.”

I watched the video from mid-April and found that her talk fell far short of antisemitism. Zangari was clumsy and even insensitive at one point, but she was in no way malicious. She raised issues relating to a segment of the Jewish people that have cropped up before.

We must wonder if her critics watched the full video or understood the context.

Zangari feared that Orthodox Jews would move into Rockville Centre en masse, alter the town’s character and dominate the political entities in town. That would mean cutting public school taxes along with educational programs so that local Jews can afford to send their children to private religious schools, and selling school buildings “to the highest bidder.”

These are the very activities that occurred in other areas. Related controversies have arisen in communities that are now Orthodox bastions such as the neighboring Five Towns area, due south to Lakewood and north to Monsey, N.Y.

Full disclosure: I am currently involved in a landlord-tenant dispute that could relate to Hasidic Jews in Lakewood.

The Rockville Centre board meeting was followed by an Emily Litella “never mind” moment when Zangari learned that she made a fool of herself. “Saturday Night Live” fans might recall how Gilda Radner’s daffy character recognized too late that there is no “presidential erection” or “Soviet jewelry.” Zangari discovered that what she mistook for a synagogue in Rockville Centre was the private residence of a Chabad rabbi.

Zangari said she decided to voice her concerns after she learned of a tall menorah on the front lawn of a Rockville Centre home. She explained that in her experience this means that an on-site menorah at this time of year typically represents a residential synagogue, according to The Long Island Herald. The dwelling turns out to be the Chabad of Rockville Centre, home to Rabbi Mendel and Rivka Gurkov, whose intention was outreach to secular Jews.

She told the board that the Five Towns, where she grew up, changed when Orthodox families moved in and turned residential homes into synagogues, the Herald reports. She said she worried that if a larger Orthodox community grows then the new residents might ask businesses to close on Saturdays (the Jewish sabbath), join the school board and redirect tax money from the public schools.

“You may think it could never happen here, but trust me, none of us living in the Five Towns thought it could happen there, either,” she said. “It began exactly this way. Rabbis and their families purchased homes, creating synagogues. This has nothing to do with religion. I’m asking you to amend our code so a synagogue cannot be on every residential street.

“Residents will have issues with homes turning into houses of worship, especially once it’s understood those properties will be exempt from paying property taxes.”

After her statement unleashed a torrent of recriminations, she wrote a letter of apology to Rabbi Gurkov and his wife, according to the Herald. “I think that what was said was misinformation…but I think we’re moving past it,” the rabbi said, noting that it “was disturbing for the fact that a private resident was spoken about in a public way and it was put out into the open. It caused a lot of distress and grief because it is a private residence and not a synagogue.”

So she was in the process of being shunned. She had the audacity to express concerns based on hard experience that happened to arise from the practices of a Jewish entity. She was not bashing Judaism but warning of how some Orthodox Jewish groups operate at times. Both the Lakewood and Monsey school districts had to be monitored by their respective states’ education departments.

Certainly, she made a dumb mistake in mixing up the Chabad with her experience in the Five Towns, but her perceived complaint about what has been a real problem is not antisemitism. Perhaps Hochul, Schumer and others who dumped on her owe Zangari an apology.

Maybe the 58-year-old Ciullo is “a vile antisemite,” as the StopAntisemitism site charges. They even cite some convincing examples, but when all the smoke clears, Ciullo is in the same company of Long Island’s Zangari in calling out the excesses of some Orthodox Jewish groups where he lives, in Ocean County, N.J.

Ciullo took advantage of the chance to deride one of his local critics who he said wrote three years ago that the content in Ciullo’s website, Rise Up Ocean County, “often smacks of antisemitism.”

Which left Ciullo with a golden opportunity to write: “Why, that would be antisemitism, right?”

Bruce S. Ticker, who writes from Philadelphia, also blogs for The San Diego Jewish World and Smirking Chimp and previously for the suspended Philadelphia Jewish Voice. He was previously a reporter and copy editor for daily newspapers in eastern Pennsylvania.
Previous Weekly Edition: June 10th, 2022
Next Boulder JCC to Host “This Is [Not] Who We Are” Documentary Screening and Discussion