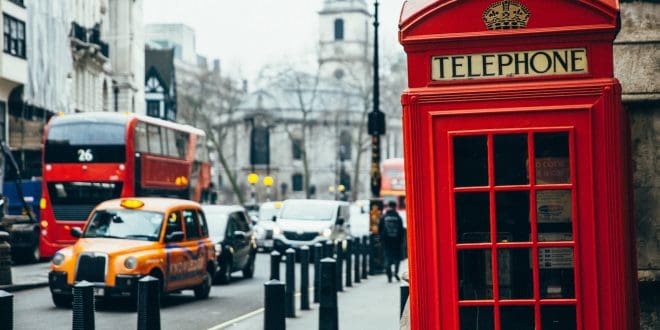 Photo by Burst on Pexels.com

Bruce Ticker January 6, 2022 Guests and Blogs Comments Off on Column: BBC Gets It Wrong – Again (and Again)

Across the pond, Jewish leaders are protesting the BBC’s news coverage of an incident in which pro-Palestinian advocates threatened Jewish bus passengers in London. The BBC is accused by Marie van der Zyl, president of the Board of Deputies of British Jews, of falsely reporting that Jews on the bus uttered an anti-Muslim slur that provoked the attackers.

Flawed reporting can indeed sully the image of Jews in such a situation, but a far larger issue is lost in the struggle.

Let us assume for argument’s sake that BBC, the public broadcaster, reported the event correctly. Mind you, as Seinfeld would say, I do not condone anti-Muslim slurs in my administration. But how do anti-Muslim slurs justify terrifying people?

Activists for the Palestinians have a long history of resorting to violence, threats of violence, vandalism and disruptions. They attacked Jewish diners in West Hollywood; they chased around college Hillel members in Canada; they were prosecuted for shouting down an Israeli diplomat in Orange County, Calif.; and they vandalized a Jewish student event in Berkeley, Calif.

The Jewish Telegraphic Agency describes the London episode, last Nov. 29, this way: “In the original video, several men can be seen pounding on the windows of the bus with their hands and shoes while shouting “Free Palestine,” spitting on the bus and flipping their middle fingers at the passengers as the bus drives away. At least one of the men performs what appears to be a Nazi salute.”

Shoes are typically employed in Arabic spats to insult the other party. At a counter-protest for Israel near Times Square in Manhattan, I spotted a demonstrator on the Palestinian side toss a shoe into the street. I wonder if school bullies would adopt use of shoes at recess.

Pro-Arab activists are crude and hypocritical to use these kinds of tactics, not to mention foolish in promoting their cause – if there is a cause. Britain, Canada and America are not third-world countries where violence is often the only means to address their needs.

They have a right to voice their concerns without fearing retaliation, and these countries have laws which prohibit the kind of criminal conduct in which they sometimes engage. Their freedom of speech here and in other civilized nations affords them the chance to notify the world of their concerns in a rational manner.

Many if not all of them should know this. Resorting to violence will only incite fear and anger with the public. People will not take them seriously. If they think they can win by intimidation, that will not happen. The Jewish community will not take it.

We are already represented by an extensive web of organizations with resources that have been amply developed to confront anti-Semitism, and Jews who normally do not involve themselves with these issues have been aroused. We usually have the support of police, elected officials and other governmental resources to counter-act these offenders.

To recap the strife over BBC’s reporting, Marie van der Zyl, the president of the board of deputies, complained in an op-ed, published in The Jewish Chronicle of London, that BBC said the young pro-Arab men were reacting to an anti-Muslim slur from one of the bus passengers, according to JTA. The board’s viewing of video from the scene determined that none of the Jews on the bus said anything Islamophobic.

“The supposed slur, which the BBC insists is there, is nothing but fiction,” she wrote. “This raises serious questions about deep-seated biases within the BBC towards Israelis, and towards Jews in general.”

Van der Zyl added that the BBC’s claims about the slur are probably based on a mistranslation of a sentence uttered in Hebrew meaning “call someone, it’s urgent,” according to the board’s report.

“That misreporting is a colossal error on the part of the BBC,” she noted. “It has added insult to injury in accusing victims of antisemitism of being guilty of bigotry themselves. What takes this from an egregious failure to something far more sinister is the BBC’s behaviour when confronted with its mistake. Instead of admitting it was wrong,

“Instead of admitting it was wrong, it has doubled and tripled down on insisting that a Hebrew cry for help must be an anti-Muslim slur,” she continued.

A BBC spokesperson sent JTA an e-mail that read: “There was a brief reference to a slur, captured in a video recording, that appeared to come from the bus. We consulted a number of Hebrew speakers in determining that the slur was spoken in English. The brief reference to this was included so the fullest account of the incident was reported.”

The spokesperson did not provide further details on the nature of the alleged anti-Muslim slur, according to JTA. BBC Director-General Tim Davie is scheduled to meet with board members soon to discuss its coverage of the incident.

With BBC’s reporting, the harassers can say they had a right to pound their hands against the bus. Very often, people have claimed a right to punch anyone who denigrates their race or religion. They have no right to strike others unless it is in self-defense.

This is assault, and that is a criminal offense. These are hoodlums, not political dissenters. Those men who pounded their hands on the side of the bus must be punished. If that leaves them with only the prison walls to pound their hands upon, that’s fine with me.

Bruce S. Ticker, who writes from Philadelphia, also blogs for The San Diego Jewish World and Smirking Chimp and previously for the suspended Philadelphia Jewish Voice. He was previously a reporter and copy editor for daily newspapers in eastern Pennsylvania.
Previous Jonah Antman and Lucas Muller B’nai Mitzvah
Next January JTree Update