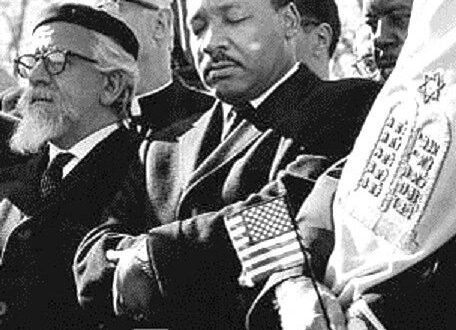 ACE at the Boulder JCC 4 weeks ago Events 64842Leave a commenthttps%3A%2F%2Fboulderjewishnews.org%2F2022%2Fboulder-jcc-presents-shared-legacies-the-african-american-jewish-civil-rights-alliance-with-a-talkback%2FBoulder+JCC+Presents+%22Shared+Legacies%3A+The+African-American+Jewish+Civil+Rights+Alliance%2C%22+with+a+Talkback2022-01-03+03%3A30%3A00ACE+at+the+Boulder+JCChttps%3A%2F%2Fboulderjewishnews.org%2F%3Fp%3D64842

On Wednesday, January 12, 2022, from 7:00 pm–9:00 pm in the Boedecker Theater at the Dairy Center for the Arts, the Boulder JCC will present “Shared Legacies: The African-American Jewish Civil Rights Alliance,” with a talkback following the screening. Note that the Dairy requires patrons to present proof of vaccination and to wear masks in all public indoor spaces.

After screening this 90-minute documentary, you are invited to join the discussion with Annett James, President NAACP of Boulder, and Minister Glenda Robinson, Director of Family Care at Second Baptist Church in Boulder. The discussion will be moderated by Stacey Aviva Flint, Executive Director of Congregation Bonai Shalom.

A common cause was found in the turbulent Civil Rights era of the 1960s, as Jewish leaders backed Dr. King’s efforts at racial equality and harmony. Yet, the relationship has frayed in recent years, as a once-mighty bond of support and respect has seemingly faded, been forgotten, or ignored.

This documentary film, which was written, produced, and directed by Dr. Shari Rogers, brings pivotal events to life, through a treasure trove of archival materials. Narration is provided by eyewitnesses, activists, Holocaust survivors, and leaders of the movement, including prominent Atlantans such as Congressman John Lewis, Amb. Andrew Young, Rabbi Alvin Sugarman, Rabbi Peter S. Berg, Oscar-winning actor Louis Gossett Jr., members of the King family, and many others.

With divisive seeds of hate taking root anew in the American landscape, a new generation again affirms their pledge to actively promote the values of social justice. This potent, inspiring story of unity, empathy, and partnership validates the ubiquity of the human experience, and how freedom and equality for all can be achieved only when people come together.

Annett James, President, NAACP of Boulder County is a mom, speaker, advocate for social and economic equality, and president of NAACP Boulder County Branch. A native of rural Mississippi, she found her way to Boulder, Colorado to study at the University of Colorado, and has lived in Boulder since.

Minister Glenda Robinson leads a team of servants who minister to create a healthier church- spiritually, physically, and emotionally. She is the director of Family Care, a pastor at Second Baptist Church in Boulder, and a civil rights activist who marched with Dr. Martin Luther King Jr.

Stacey Aviva Flint began her career as the Policy Director for Chicago’s Jewish Council on Urban Affairs (JCUA), combating racism and antisemitism and advocating for housing reform, criminal justice, immigration reform, and Jewish/African-American dialogue. Currently, she is the Executive Director of the Bonai Shalom synagogue in Boulder, Colorado.

A reminder that The Dairy requires patrons to present proof of vaccination and to wear masks in all public indoor spaces.

You may purchase your tickets in advance for $12 on the Dairy Arts Center website or for $15 at the door.

Training on Supporting Our Community, a Free Virtual Program Hosted by Boulder JCC

Beth Ami Congregation is joining forces with its parent organization, the Society for Humanistic Judaism, and with the National Council of Jewish Women to hold a (virtual) "Repro Shabbat". This is an opportunity to celebrate the critical importance of reproductive health access, reproductive rights, and reproductive justice with friends, family, or other community members.