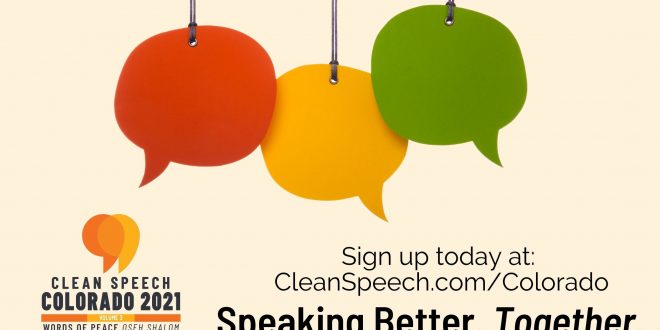 How do you tame a bunch of unruly and hostile teens? In 2007 a movie came out based on a true story of an inspiring teacher in California who was able to bring not only peace, but personal self-esteem to what otherwise might be called a class of ‘losers’ (‘Freedom Writers‘) There was only one ‘white boy’ among the Latinos, Asians, and African Americans, also divided by gang affiliation. They started off being extremely rowdy and hostile, and had very low self-esteem until the dedicated first time teacher, Erin Gruwell, got to them. The theme is familiar but this film has some unique aspects that are worth thinking about, especially from a perspective of promoting peace both within the Jewish community and as a counterpoint to rising antisemitism.

What did this young, enthusiastic but inexperienced teacher do? First and foremost, she had them write in a daily journal. They could write whatever they wanted and it would be totally private unless the student wanted it to be read. This ‘simple’ activity got them in touch with the thoughts and feelings going on inside themselves rather than focus exclusively on the drama and frequent violence around them. Furthermore, she got them to realize that above and beyond their different ethnic groupings, they had much more in common than not.

Then, when she realized that almost all of them had been or knew victims of senseless aggression, she made them aware of the victims of the Holocaust. She had them read Ann Frank and they were able to identify with a teenage victim like themselves. After that, she took them to the Holocaust museum and exposed them to the horrors experienced even by little children, and perpetrated by the biggest bullies in history – the Nazis. Finally, she had the wherewithal and persistence to have the students organize a fair as a fundraiser to bring Miep Gies, one of the protectors of Ann Frank and her diary, to visit them in person. When one formerly negative African American student escorted Ms. Gies in, he said to her, ‘you are my hero.’ She countered, ‘No, all of you are my heroes.’ She had read the students’ personal accounts that, like Ann Frank’s diary, described their daily challenges, and saw their determination to make their lives better.

Changing lives for the better-both individually and collectively, is both straightforward and miraculous. Parents and teachers and clergy folk have done it, as well as good friends and even strangers. The impact lies in the intentions and positive words of ‘the supporting cast’ of people in our lives. Turning conflicts into peaceful resolutions is one of the highest goals we can achieve, and it’s one that can be infectious. Furthermore, it can be a model for others to emulate. Paying it forward is an incredible side benefit of using peaceful worlds for creating trust, security, contentment, and harmony. We learn in Pirkei Avot, ‘Be like the students of Aaron: Love peace, and pursue peace’ There is so much good advice in this pithy saying. First of all one must truly care about those with whom you attempt to mediate-Love peace. Secondly, you must be ready to leave your comfort zone to engage in this holy quest- Pursue peace.

November is the month, dedicated for the third year, to a project called, ‘Clean Speech Colorado.’  Please join me in an exploration and discussion on a JCC zoom on November 16, of guidelines, stories, and Torah perspectives about how to bring more harmony and peace into a fractured world.

I have been teaching Torah and Chassidic writings for over forty years to students of all ages and backgrounds, both on the East Coast and the Midwest. I have been a director of several Jewish organizations in Santa Fe and Colorado. My articles and poetry on a wide variety of Jewish topics have been printed in many publications, and also are available online.
Previous Solo Show at Boulder Gallery Showcases Artist Julia Bright’s Immersive Still-Lifes, Seascapes and Landscapes
Next Kristallnacht 2021 – “Let There Be Light”