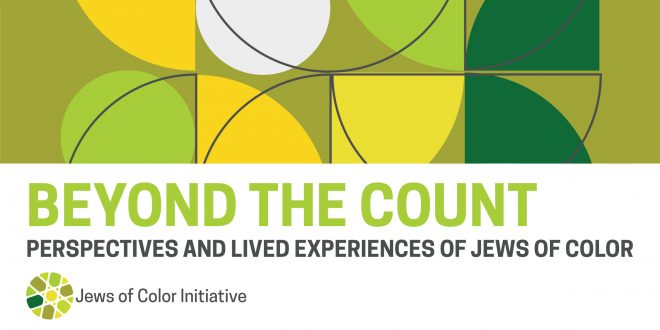 Staff August 12, 2021 News Comments Off on Groundbreaking Report Provides Unprecedented Perspectives from Jews of Color on their Experiences in the US Jewish Community

“Beyond the Count” Shows that Jews’ of Color sense of belonging at times is tempered by experiences of discrimination, tokenization, being misunderstood

San Francisco, CA — Jews of Color in the United States yearn for and at times feel a sense of belonging in the Jewish community, but also experience discrimination and tokenization and feel forced to conform to expectations or norms of the majority white Jewish population, says a new report released today from the Jews of Color initiative. The groundbreaking study, Beyond the Count: Perspectives and Lived Experiences of Jews of Color, provides the first-ever look on such a large scale of the lived experiences and perspectives of Jews of Color in the United States—including how they think about Jewish identity, their experiences in Jewish communities, their experiences with systemic racism in Jewish spaces, and more.

Key Findings of Beyond the Count include:

“We are so grateful to the more than 1,000 Jews of Color who participated in the study and made possible such a rich, insightful, and important report,” says Ilana Kaufman, Executive Director of the Jews of Color Initiative. “Now it’s on us to bring these findings to the community to further inform and enable the change that we need to be more representative, welcoming, and just Jewish communities.

Housed at Stanford University and led by a multi-racial research team, Beyond the Count presents findings from the largest data set of U.S. based Jews of Color to date. Survey findings from 1,118 respondents provide a broad portrait of respondents’ demographic characteristics, backgrounds, and experiences. 61 interviews provide texture and bring respondents’ own words to the forefront. The study was released at a virtual event today featuring Ilana Kaufman, Executive Director of the Jews of Color Initiative, Ginna Green, Partner and Chief Strategy Officer at Uprise, Janu Mendel, Executive Director, Repair the World Miami and Analucía Lopezrevoredo, Founder and Executive Director, Jewtina y Co. They will share study findings as well as thoughts on how to leverage the report to engage and transform community organizations and leaders. Other events throughout the year will continue the conversation around the country. Importantly, building on previous studies, Beyond the Count is designed to help extend the communal discourse from the size of the population of JoC (which ranges from 6-17% depending on one’s definition of JoC) to learning directly from the experiences and perspectives of JoC.

Dr. Dalya Perez, critical race theorist and equity strategist for Microsoft, who is a Jew of Color on the study’s research team, adds, “Jews of Color are anything but monolithic, but there are common, prevalent trends about the places and moments when they are not fully embraced by the community or made to only bring a part of themselves to a program or congregation. The community has an opportunity to amplify the positive sentiments Jews of Color express about belonging while pushing to the side, once and for all, the old paradigms and structures that marginalize Jews of Color.”

A sampling of the quotes included in Beyond the Count are indicative of the varied backgrounds and experiences JoCs hold:

When I go to a new place, that’s always something I am navigating: am I going to feel super Asian here or am I going to feel super Jewish? Obviously, I can’t really hide that I’m Asian, but I can choose to not disclose if I’m Jewish. So it’s kind of a life hack which I wish I didn’t have to use. I wish I could just proudly be my whole self all the time, but it’s a safety thing. – a mixed Chinese and white Ashkenazi woman in her 20s

For years, I refused to belong to a formal congregation because of my experiences with racism within formal Jewish spaces. After 20 years away, now I have a Jewish community where there are a lot of adoptees of color, which means that the community has had to negotiate race/racism in ways that have been productive for the sake of the next generation. The congregation and the rabbi are incredibly conscientious and the commitment to anti-racism is part of the organization’s work. This has been the first formal Jewish space where I have felt comfortable in years. Even so, I have had to deal with some racism from some members of the congregation, which sometimes keeps me at home. – an African American, LatinX, Indigenous woman in her 40s.

I am often treated like a person just learning about Judaism instead of a Jew who is active in many communities. I went to Shabbat services recently, and a woman came up to me and said without introducing herself, ‘Shabbat Shalom. So are you here for a religion class? Did you convert?’ – A Black man in his 30s

When I moved, I started going to a new synagogue and trying to integrate into the local Jewish community. At times, I’ve had to compartmentalize sides of myself. because it’s just so mentally exhausting facing the ‘What are you?’ questions. – a mixed Native American, Indigenous, Navajo woman in her 30s.

“This should be a real moment of excitement for the entire Jewish community. We are all learning more about a major segment of American Jews. That’s great! Anyone who cares about engaging more people in Jewish life now has Beyond the Count as a reference point to better understand what has kept some people away, or feeling pushed aside, or simply feeling not welcomed. The Jewish community benefits when everyone has a chance to engage as their full selves, to be tapped for their leadership potential, and to bring the entirety of their life experience to the table.”

— Ilana Kaufman, Executive Director of the Jews of Color Initiative

The Count Me In research team is led by Dr. Tobin Belzer, Contributing Fellow at the Center for Religion and Civic Culture at University of Southern California; and includes Tory Brundage, PhC, and Vincent Calvetti, MA PhD students at the University of Washington; Dr. Gage Gorsky, PhD in measurements and statistics in education from the University of Washington; Dr. Ari Y Kelman, Jim Joseph Professor of Education and Jewish Studies at Stanford; and Dr. Dalya Perez, critical race theorist and equity strategist for Microsoft.

They call me "NewsHound IV," because I'm a clever Finnegan, sniffing out stories all over the Boulder area. I love Jewish holidays because the food is GREAT, especially the brisket. Well all the food. I was a rescue pup and glad to be on the scent!
Previous Elul: T’shuva – Masters of Return
Next Learn about SIPP’s Mini-Grants and New Directions This Sunday 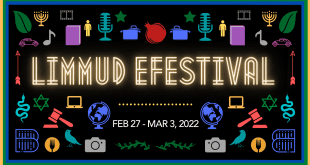 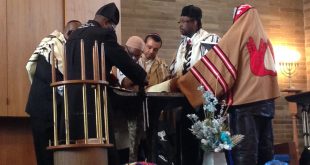 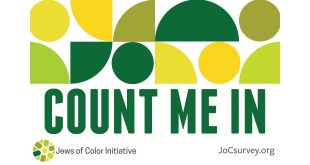