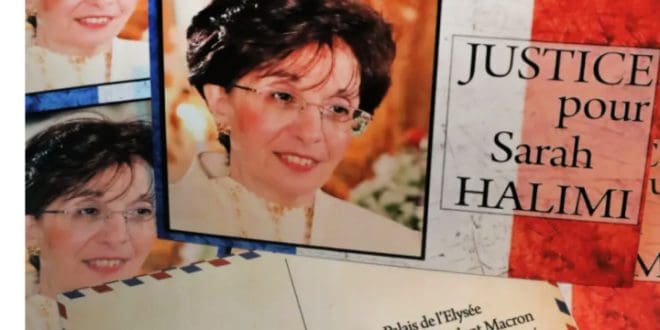 Bruce Ticker April 22, 2021 Guests and Blogs Comments Off on Column: Insane Ruling On Jewish Woman’s Murder: Maybe The French Court Is On Drugs

To paraphrase our insanity defense standard, a suspect who cannot distinguish between right and wrong in killing his Jewish neighbor is not guilty of committing a crime.

France’s version of our Supreme Court moved close to such a conclusion when it ruled that Kobili Traore cannot stand trial for killing a Jewish woman since his state of mind was influenced by consumption – voluntary consumption, that is – of cannabis.

Like America, a defendant’s mental state can determine their guilt or innocence in France. As it translates for the Jewish community, he can get away with murdering Jews or anyone who belongs to a group facing prejudice by exploiting mental health standards.

The potential has always been possible in this country and it looks like a French immigrant succeeded with it.

Combined factors came together for Traore, who admitted to battering Sarah Halimi, 65, and then tossing her out the window of her Paris apartment in 2017 to cries of “Allahu akbar,” or God is Great and “I killed the devil,” according to The New York Times.

Traore, then a 27-year-old drug dealer who emigrated from Mali in northern Africa, believed that he was right to take her life presumably because he was brainwashed that way in his cultural environment. He thought it right while French society considers it wrong. He could not distinguish between the two values.

“From now on in our country, we can torture and kill Jews with complete immunity,” said Francis Kalifat, president of the Representative Council of Jewish Institutions in France.

The highest court, known as the Court of Cassation, upheld a verdict that Traore cannot stand trial because, as the Times describes it, “he was in a state of acute mental delirium brought on by his consumption of cannabis.”

The verdict, which concluded judicial proceedings for the case, follows a lower-court ruling rejecting a trial, which the Halimi family appealed. Under French law, the Court of Cassation ruled, “a person is not criminally responsible if suffering, at the time of the event, from psychic or neuropsychic disturbance that eliminated all discernment or control” over the acts.

The Times article notes, “The court said the law, as currently written, does not distinguish between the reasons for that person’s condition. Even someone who, like Mr. Traore, enters a delirious state because of voluntary drug use cannot be tried.”

The court states, “The judge cannot distinguish where the legislator has chosen not to make a distinction.”

It is deplorable for anyone to deny that Traore was motivated by anti-Semitism. A psychiatric report written by Daniel Zagury states, “The crime of Mr. Traore is a frenzied, anti-Semitic act.”

Further evidence of anti-Semitic reasons included his disturbance over the victim’s mezuza and his reference to her as “the devil.” Sarah Halimi was a retired physician and teacher.

Traore’s legal defense comprises a twisted combination of influences: The use of cannabis – voluntary use, remember? – sent him into a delirious fit in which he could not distinguish between right and wrong.

It was his decision to use drugs, and it is common knowledge that drugs are mood-altering, just as alcohol is. He knew what he was doing at that point.

Forms of the insanity defense have long factored into criminal cases. I have been bothered about this use for many years. It is inherent that a person must be mentally unstable to commit a crime, or at least a violent crime.

The suspect in Boulder’s mass shooting opposed gay rights and said he needs a girlfriend, and yet he is likely to find plenty of boyfriends in prison. Would a stable person have ignored such a potential future beforehand?

Since the court ruled that Traore’s “psychic disturbance…eliminated all discernment or control,” then Traore lacked control over his attitude toward harming “devils,” a.k.a. Jews.

Traore has been placed in a psychiatric facility, and may be released if deemed no longer dangerous, the Jewish Telegraphic Agency reports. Would he be deemed dangerous if he still believed it was right to murder Jews?

I recall two defendants accused of murdering Jews in America who employed the insanity defense. The killer of an Orthodox Jewish teen-ager from Brooklyn in 1994 got nowhere with this ploy and was convicted. Yet in Seattle more than a decade later, an anti-Israel assailant broke into the city’s Jewish Federation office, fatally gunning down a Jewish woman and injuring other employees. His first trial resulted in a hung jury, and prosecutors attained a conviction when they tried him a second time.

It is probably when a defendant is subject to sentencing that his mental state should be taken into account, but it is nonsense to apply it in determining guilt or innocence.

Jewish activists planned a vigil outside the French consulate on Fifth Avenue in Manhattan on Tuesday, but their protests would amount to preaching to the converted. Two days earlier, the Le Figaro newspaper reported that French President Emmanuel Macron called on the justice minister to change the law a.s.a.p.

In a statement that echoed the words of vigil organizer Dov Hikind, Macron said, “Deciding to take narcotics and then ‘going mad’ should, not in my view, remove your criminal responsibility.” To Macron’s credit, Sarah Halimi was as much a French citizen as she was a Jewish lady. Too bad the French courts refused to recognize her humanity.

Bruce S. Ticker, who writes from Philadelphia, also blogs for The San Diego Jewish World and Smirking Chimp and previously for the suspended Philadelphia Jewish Voice. He was previously a reporter and copy editor for daily newspapers in eastern Pennsylvania.
Previous Weekly Edition: April 23rd, 2021
Next A Creative Solution Leads to a Life-Changing Intervention 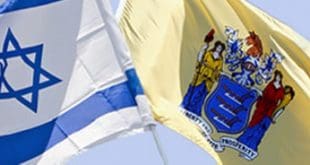