New York state Jews who live in the Bronx’s Riverdale section or Scarsdale and New Rochelle in Westchester, not to mention their non-Jewish neighbors, almost lost their infrastructure funding thanks to their congressman, U.S. Rep. Jamaal Bowman.

New York state Jews who live in the Bronx’s Riverdale section or Scarsdale and New Rochelle in Westchester, not to mention their non-Jewish neighbors, almost lost their infrastructure funding thanks to their congressman, U.S. Rep. Jamaal Bowman.

Bowman and five other so-called progressive Democrats would have tanked the $1.2 trillion infrastructure bill last Friday if not for the intervention of 13 Republicans in the House of Representatives; more than half of these Republicans represent districts in New York, New Jersey and Pennsylvania. Team Bowman voted against the bill to leverage support for a separate $1.85 trillion social reform bill – a strategy that petered out a few weeks earlier.

While all 50 states will receive infrastructure aid, the vast majority of American Jews could be among U.S. citizens who would most benefit – those who live in metropolitan areas where urban woes have been callously ignored for decades. New York, New Jersey and California – three of the federal treasury’s largest taxed-out cash cows – get far less tax money back than almost all other states.

Of the six Democratic dissenters, Bowman’s district incorporates the most sizeable cluster of Jews of all their districts, possibly more than 75,000 (based on rough overlapping population estimates). Though her Bronx/Queens district apparently includes a small Jewish population, Alexandria Ocasio-Cortez’s district is part of the vast New York metropolitan area which desperately needs the infusion of federal funds; a combined 3 million Jews live in New York, New Jersey and California.

“That doesn’t make any sense,” Rep. Tom Suozzi says of his fellow Democrats, comparing them to right-wing Republicans. “These are two sides of the same coin: People so far out on the fringe instead of trying to get stuff done to help people and make people’s lives better. That’s what people are sick and tired of.”

Adds Rep. Andrew Garbarino, one of the 13 Republicans, the vote “was about roads, bridges and clean water. It was about real people, and the tangible action Congress could take to better their lives by rebuilding and revitalizing our nation’s crumbling infrastructure.”

Perhaps Suozzi and Garbarino, who both represent districts in Long Island, deserve to take personal pride in their votes, just as President Biden and House Speaker Nancy Pelosi deserve to do for coordinating the 228-206 vote appropriation. Nearly $600 billion in federal aid is aimed at improving highways, bridges, dams, public transit, rail, ports, airports, water quality and broadband over 10 years, as The New York Times describes it.

The potential for the infrastructure bill is nothing short of momentous. This is solid legislation that addresses real issues. As the Times reports, “The legislation is a once-in-a-generation chance to overhaul the nation’s public works program.

“And it offers a rare opportunity for states that for decades have been forced to balance huge short-term backlogs of repairs and upgrades against larger, longer-term projects and needs.”

Friday’s House action is certainly needed in my neck of the woods. Northeast Philadelphians would benefit from a convenient bus feeder system to our Trenton-bound train stations. At Trenton, passengers can connect to trains that terminate at Manhattan’s Penn Station. SEPTA, our transit agency, could also make local stations accessible to the disabled.

I am not counting on those particular improvements, but anyone who travels between Boston and Washington has personally witnessed extensive defects in the system. Most glaring is the arduous journey between Newark, N.J., and Penn Station when New Jersey Transit trains are delayed for long, tortuous periods. The legislation is expected to bolster construction of a new multi-billion-dollar rail tunnel under the Hudson River.

Bowman’s vote against the infrastructure bill meant voting against the best interests of his constituents, which can also be said of the five other Democrats who cast opposing votes. The House would not have had a majority supporting the bill if those 13 Republicans had not voted for it.

It is understandable that Bowman, Ocasio-Cortez and other progressives devised the strategy to withhold their votes to compel other Democrats, especially Sens. Joe Manchin III of West Virginia and Kyrsten Sinema of Arizona, to vote for the $1.85 trillion safety-net bill.

The infrastructure bill passed the Senate last August with 19 Republican votes before progressives held it up in the House. The $1.85 trillion bill would fund climate-change programs, monthly payments to families with children, universal prekindergarten, health care subsidies and a paid family-leave program, according to the Times.

The second bill was ultimately whittled down from $3.5 trillion to $1.85 trillion by last Friday, and Team Bowman feared that other Democrats would break their word to support the safety-net legislation. Manchin and Sinema have been fighting it for a long time, and their votes are necessary to pass it in the Senate since Democrats occupy exactly half the seats there; no Republicans are expected to vote for it. Vice President Kamala Harris’s vote is needed to break the tie.

Their goal to improve the lives of Americans is commendable, but the two factions were deadlocked too long. I was tired of reading headlines for a hoped-for deal that contained words and terms like “near”, “almost” and “close to.”

“I am doing my part,” wrote Rep. Ro Khanna of the San Jose, Calif., region, in an e-mail to this writer, echoing the frustration of many other Democrats.

There was no point for those six Democrats to persist. Manchin and Sinema have yet to budge. House Democrats looked like a clown act, which contributed to the steep Democratic election losses last week. Too bad only part of the ambitious social-reform bill has a chance of being approved now, and maybe Congress can expand on it next year if more Democrats are elected to the Senate.

Bowman and company’s vote should be grist for a campaign issue in either the upcoming Democratic primaries or the general election in 2022. The other four negative votes were cast by Cori Bush of St. Louis, Ilhan Omar, Minneapolis, Ayanna S. Pressley, Boston, and Rashida Tlaib, Detroit, all from cities with pressing urban needs.

That seven of the 13 Republicans live in northeastern states underscores the outsized needs of cities that I-95 passes through. Republican Brian Fitzpatrick of Bucks County joined five Democrats from other districts in Philadelphia and its four suburban counties to vote for the bill; with help from two Republicans, the New Jersey delegation was unanimous in its support; and New York City’s delegation would have been unanimous if not for Bowman and Ocasio-Cortez.

Besides Garborino, New York Republicans who voted for the bill are from Staten Island, the only NYC Republican, and two from western New York.

After a week, Biden has yet to sign the infrastructure bill at this writing. Was he too busy with other matters? Perhaps he warned all parties that both bills must be on his desk before he will sign anything. Now, that’s strategy. 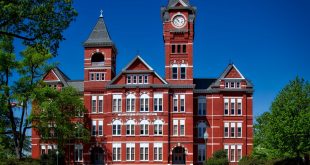