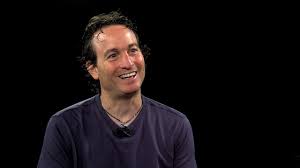 Kathryn Bernheimer March 11, 2021 Arts & Culture Comments Off on An Athletic Filmmaker With Rare Rigor And Vigor Returns To The Festival

The last time I saw Dani Menkin was on an elevator in Manhattan during the Jewish Film Presenters Network Conference. It was barely light, and I was headed down in search of coffee. Also an early riser, Dani was on his way out for his own fix – a morning run.

Dani started his life with athletic ambitions, and had hopes of playing professional soccer. Although he became an esteemed director of documentary films instead, Dani’s love of sports has not disappeared – it has, in fact, shaped his work. All his films are noticeably visceral, energetic, briskly-paced, brimming with vitality. His work, in a word, feels healthy. Not surprisingly, his films also accentuate human potential and express a deep, healing compassion.

His two newest films, which were to comprise our Centerpiece last year with Dani in person, continue to define Dani as a rare talent, the creator of highly accessible human dramas that take us to new heights.

“Aulcie” takes a vigorous approach to an unlikely Israeli sports legend, an African American basketball player who converted, married an Israeli supermodel and enjoyed all the ups and downs of celebrity.

The oddball sports biography is a follow-up to his wildly entertaining basketball “underdogs triumph” drama, “On the Map,” which played at almost every Jewish film festival in 2016/17 and opened our festival as well.

“Picture of His Life” was physically rigorous to film, and the result is as bold, brave and as uncompromising as its subject, arguably the world’s greatest underwater photographer, Amos Nachoum. Movies don’t get much more manly than this, as our intrepid adventurers brave the Arctic wilds, constantly swarmed by an alarming number of giant flying bugs.

I am looking forward to our hour-long conversation on Sunday at 2:00 pm, delayed as it was from last year when Dani was scheduled to appear in person – and managed to get off the plane bound for Denver when we texted him our decision to cancel.

Although this year we have many wonderful new films and guests, I hope you’ll take advantage of the opportunity to have an in-depth conversation with one of the nicest guests it has been my privilege to host.

The talkback is available to anyone who watches “Aulcie” or “Picture of His Life.”

Kathryn has spent her professional life writing about, teaching, and presenting the arts. Founding Director of the Boulder Jewish Film Festival, Kathryn was Director of Menorah and ACE at the Boulder JCC from 2003 through August, 2019. The former film and theater critic for the Boulder Daily Camera, Kathryn is the author of "The Fifty Greatest Jewish Movies" and "The Fifty Funniest Films of All Time." kathryn.bernheimer@gmail.com
Previous Become a Cherryvale Day Camp Counselor at the Boulder JCC!
Next Registration Now Open for Spring Semester at Kabbalah Experience