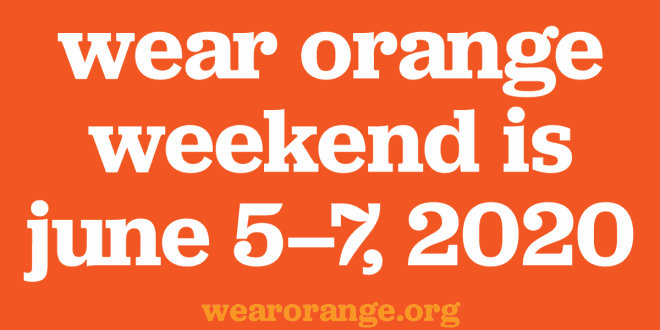 National Gun Violence Awareness Day is the first Friday in June, which will be June 5 this year. Orange is the color that Hadiya Pendleton’s friends wore in her honor when she was shot and killed in Chicago at the age of 15 — just one week after performing with her school at President Obama’s 2nd inaugural parade in 2013.

Since then, orange has been the defining color of the gun violence prevention movement and honors the 110 lives lost and the hundreds more wounded by gun violence everyday across the  country. We wear orange to be seen and to demand that we be heard. In this time of COVID-19, when gun stores in all but a handful of states have been allowed to stay open as an essential service, gun purchases have reached record levels in Colorado and nationwide. Research shows that where there are more guns, there is more gun violence. So please, wear orange this weekend in support of keeping our children and our communities safe from gun violence.