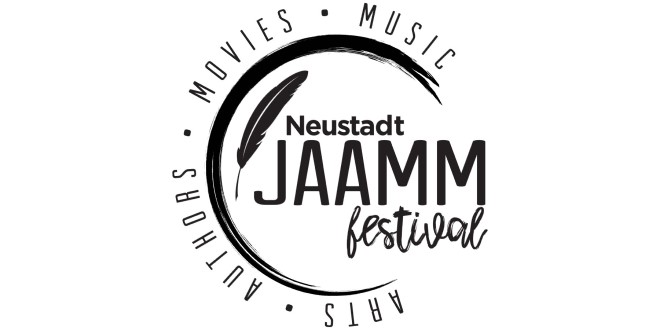 DENVER, Colo., October 6, 2020 – The JCC Mizel Arts and Culture Center is kicking off its 2020-2021 season full of arts and culture events through the13th Annual Neustadt JAAMM Festival. The festival will bring nationally and globally recognized figures in arts and culture to homes across Colorado through entirely virtual content.

“This year JAAMM Festival has a social justice focus,” said Amy Weiner Weiss, Director of Festivals at the JCC Mizel Arts and Culture Center. “Many of our events will touch on topical issues to help facilitate important dialogues that we, as a community, should be having.”

Headline events will happen quarterly and include:

“We are excited to introduce a unique lineup of guests who are diverse in backgrounds and content,” said Weiner Weiss. “We’ve curated an entire season of programming with thematic threads of content that connect various events with each other. This connection is meant to help engage people year-round, through both our JAAMM Festival and our annual Denver Jewish Film Festival that will be held in February.”

“Through our support of the JAAMM Festival, we are continuing the legacy of literature and culture that that means so much to the Neustadt Family,” said Kathy Neustadt, whose Piñon Trail Foundation is the title sponsor of the festival. “While this year’s events look different than in year’s past, we are excited to see how the community engages with the content we have curated especially for our community.”

The Staenberg – Loup Jewish Community Center (JCC Denver) serves the metro-Denver area through educational, social, cultural, fitness, sports and other programs that are rooted in Jewish values. The JCC Denver’s mission is to create a vibrant and inclusive family and social gathering place, guided by these timeless Jewish values. The JCC Denver’s four program areas focus on connection, community and well-being and include: a robust fitness, sports, tennis and aquatic center; Early Childhood Engagement, including an Early Learning School and a variety of programs for families; the Mizel Arts and Culture Center which offers Jewish Arts, Authors, Movies & Music Festival (JAAMM Fest), Denver Jewish Film Festival, and ReelAbilities Film Festival; summer camps including Ranch Camp and Camp Shai; engagement programming for teens, young adults, seniors and the LGBTQ+ community. The JCC Denver is located at 350 S. Dahlia Street in Denver. For more information, visit www.jccdenver.org, like us on Facebook and Instagram @jccdenver or call (303) 399-2660.

They call me "NewsHound IV," because I'm a clever Finnegan, sniffing out stories all over the Boulder area. I love Jewish holidays because the food is GREAT, especially the brisket. Well all the food. I was a rescue pup and glad to be on the scent!
Previous Eliana Alper Bat Mitzvah
Next Join JFS Boulder for a Virtual Event October 21