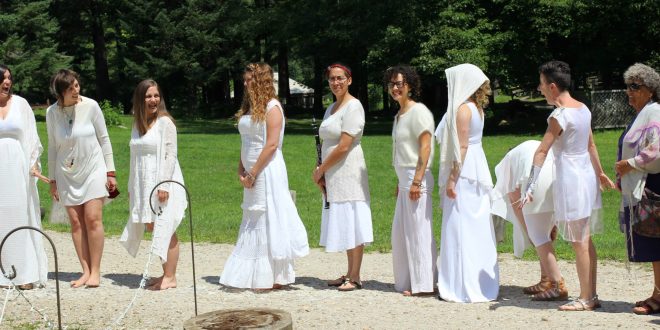 Rabbi + Kohenet Gershuny Reflects on Being a Hebrew Priestess

Rav Bracha Gershuny explains what it means to be a “Kohenet”, a Hebrew Priestess, and what it has meant to her. Rav Bracha received her ordination as Rabbi in 2012 and as Kohenet in 2014 from the Kohenet Hebrew Priestess Institute. She serves as spiritual leader of Congregation Nevei Kodesh of Boulder.

One of the things that excites me about Kohenet is that it locates us in a more ancient part of Judaism – the Judaism that pre-dates the rabbinic era – in connection with more earthy, witchy, Biblical ancestors.  These ancestors continue to resonate with us in an archetypal way, and connect us, paradoxically, to an age that was not steeped in 2000 years of patriarchal rule.

The Kohenet movement questions, it refreshes, and it re-locates “authentic Jewish experience” firmly in the experimental hands of contemporary women.  We are both drawing on ancient precedent, and feeling into what the new Jewish priestess is and does in this 21st century world.

Kohenet uses a wheel of 13 netivot – archetypes, or literally “pathways,”  mapped to the moons of the year – to explore 13 different identities of priestesses found in Tanach and Talmud.

To name a few – these range from the Gevirah, the queen mother character (if we think of Batsheba to Solomon, for instance), to the midwife (think Miriam), to the Mekonenet, Mourning Woman, whose work is to evince grief and encourage collective lamentation (as described by various prophets and other books), to the Baalat Ov / spirit medium (think witch of Ein Dor, whom Saul consults shortly before dying in battle).

Unlike being a rabbi, where I feel a certain conservatism is expected of me, identifying as a priestess implies to me a certain license to innovate, to trust myself, and to integrate my body more fully into the experience of religious leadership.

Priestess also has a distinctly feminine connotation, of course, whereas rabbi is assumed male for most people above a certain age (and in certain parts of the community still for everyone). In conversation, I frequently experience people use the word “goddess” where they actually mean “priestess.” It’s an interesting slippage. Somehow, priestessing seems to be about embodying the goddess, and as a priestess-rabbi I am always very conscious of the necessity of beauty and harmony in our spiritual space.  Are there flowers? Is there a sacred geometry to the layout of the room? Has it been energetically cleared and prepared for the forthcoming experience it will hold?

I think being known as a priestess also lends some license to be “out there” as a congregational rabbi and ritual / worship leader – admittedly in a Jewish Renewal context, which tends to be more open to experiment. Having a barefoot chant and drum circle outside on the grass on Rosh haShana morning seems very “naturally” what a priestess might lead, while edgier for a synagogue rabbi – as the main service, no less, not some alternative option.

This year as a priestess-rabbi I was particularly pleased to be able to convene several other teams of female spiritual leaders (some ordained Kohanot, others not) in the ritual observance of Tisha b’Av – Judaism’s annual marking of calamity and destruction – and Tu b’Av, Judaism’s annual celebration of courtship and mystical, intoxicating romance, just five days later.

During Tisha b’Av we used a contemporary environmentalist ritual, Joanna Macy’s Truth Mandala, in the morning, to begin to articulate some of our feelings – such as sadness or anger or emptiness – in response to the contamination, destruction or threats to our beloved earth-places. Then in the afternoon, Wendy Kaas, a longtime student of Dagara teachers Sobonfu and Malidoma Somé, and a regular facilitator with Boulder’s Grief Support Network, led us in an adaptation of a traditional West African catharsis grief ritual.

Needless to say, all of the above were quite powerful spaces, different from each other, and each conveying its own medicine.

This is one example of contemporary Jewish priestess work – making the holidays alive in a new, syncretic, experimental, inspired way, where we are informed by the spirit of the holiday itself rather than by the rabbinic practice or imagery that have come down to us.

And best of all, in this context we are able to marry this experimental edge with traditional observance, and to create a panoply of options for our wider Jewish community. On Tisha b’Av we shared space with Bonai Shalom and integrated our programming between the traditional prayer services and scriptural chanting being hosted there, which really felt awesomely ecumenical, integrated, collaborative and mutually strengthening.

And yes you can be sure I schlepped naches as a local “high priestess,” being able to hold the larger context for these other women to lead. For that is part of the priestess archetype too – to hold a space in which everyone can contribute their gifts to the collective, and all can shine.

To many priestess cultures around the world the bee is sacred – and in fact Deborah, one of our fiercest female Biblical figures, literally means “bee.” There is something about being a priestess that taps one into being part of a hive, a group that is more psychically connected and unified in intention. To be able to help tend a temple hive of priestess bees is a very special thing.

On a more public level, beyond my role at Nevei Kodesh, since becoming a priestess in 2015, I and other local Boulder Kohanot have had quite a few invitations and opportunities to represent priestess Judaism in Colorado and beyond.

Currently four Kohanot live between Boulder and Nederland, and together we have been invited to present at Shambhala, the Highland City Club, and the monthly Interface speaker series, which provides ongoing education and conversation for therapists and clergy in particular.

One of us, veteran activist and “beautiful trouble-maker” Rae Abileah, has helped create an interactive installation called the Climate Ribbon, which is used across the globe to help us connect with one another and what we hope never to lose to climate chaos. Right now there’s a Climate Ribbon installation at the Boulder Public Library – go on over and check it out.

Together Rae and I have also traveled to the Parliament of the World’s Religions (as Kohanot and with the Climate Ribbon), to the Jewish Voice for Peace national members’ meeting, and to build a 64 square foot ephemeral earth mandala as part of the Wanderlust festival near Aspen.

Another local Kohenet, Jude Yocheved Landsman, actually one of the members of the original cohort of kohanot, ordained in 2007, is a veteran Boulder performance artist who continues to create provocative work for the Boulder fringe festival, helps sections of the community talk about Israeli and Palestinian lives, and in her role as a leader in the local chapter of NAACP, recently helped bring the Mackintosh County Ring Shout – facilitators of a traditional African American form of spiritual practice – to give a concert at the Macky Auditorium – a unique experience for most everybody there.

So our priestessing is also integrated into other aspects of our service and connection to wider community life.

In this regard I’m really looking forward to seeing what our new Kohenet sister Rachel Dale does with the wind of smicha (ordination) beneath her wings, as she has been a leader in social justice her entire adult life.  We sure do miss her at Nevei Kodesh, though since she has flown off to Florida to pursue some magnificent and life-affirming dreams we can’t help but celebrate with her.

From one priestess to another, I’m wishing her every success! 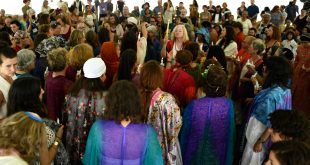 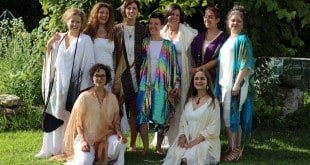 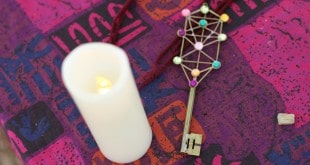