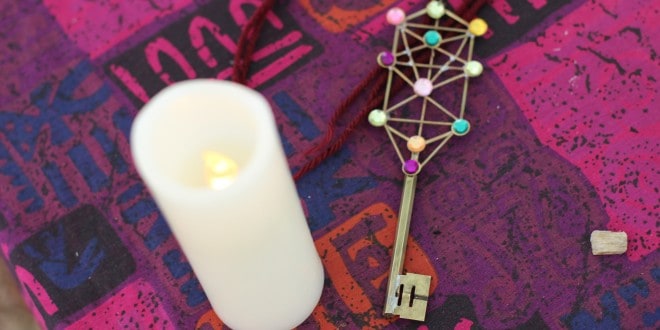 Recently, Rabbi Sarah Bracha Gershuny of Boulder’s Congregation Nevei Kodesh was ordained a Hebrew Priestess by the Kohenet Institute.  BJN caught up with Rav Sarah Bracha to find out more.

1. What made you want to become a Hebrew Priestess? How does it relate to your being a Rabbi?

To be honest I was headhunted for the Hebrew Priestess movement.  I’ve been studying with Kohenet since almost the same time as I began rabbinical school.  It’s been a contemporaneous evolution of two aspects of my identity; I guess you could say Kohenet has helped me grow into my feminine side. The word Kohenet *is* used in the Mishna to mean a female relative of a Kohen, and yes, linguistically it’s the feminine form of the same Hebrew word.  But no, I’m not a bat Kohen and one doesn’t have to be of Kohanic descent to study in the program.

2. How would you describe the role of a Hebrew Priestess in the modern world?  Are there religious events that call for a priestess rather than, or preferred over, a rabbi?

I think the priestess skill-set is pretty fundamental to what makes for a good ritual leader, and ritual leadership is a big part of what a congregational rabbi, and a life-cycle officiant, is called on to perform.  So in that sense they’re intertwined.

Where I think the role of the Hebrew Priestess in the modern world may differ from that of the rabbi is to some degree inherently connected to her unorthodoxy.  Rabbis are cast as bastions of tradition whatever their personal beliefs; and indeed in becoming a rabbi there is a profound connection to a powerfully unbroken lineage (albeit one that has branched fairly significantly in the last 150 years).

Being a priestess, though, is different.  People know instinctively that it’s something new – and at the same time, something very old.  It’s the reclamation of societies that pre-date the Greco-Roman Empire; it’s a reclamation of the indigenous current in Judaism, the powerfully land and tree and rock and smoke and water-centered culture that the Bible bears witness to.  It’s a reclamation of the feminine as a primary location of the divine, and of women being in the image of God.

So one’s role in society is different.  One is an ambassador for something else; for the future, perhaps.

3. Jews associate Jewish Priests with the ancient Temple system.  How were and/or are Priestesses different?

But of course Jewish priestesses, then and now, have been probably more connected with the counter-cultural, proletarian, fringes of Judaism, as opposed to the establishment.  The Prophets are frequently getting their rant on about women keeping household shrines, visiting oracle trees (like those of Abraham, and Moses, and Deborah – but that’s another conversation), making food offerings to ancestors, and – in the words of Jeremiah – “baking cakes for the Queen of Heaven.”

You can read more about all of this in “The Hebrew Priestess,” recently published by Rabbi Jill Hammer and Taya Shere, the founders of the Kohenet Institute.  It’s really an excellent book, and I’m not just saying that: it’s fascinating, scholarly, and extremely well-written.  You can get it on Amazon.

4. What do you feel you are better prepared for now as a priestess than you were as a rabbi?

I’m serious.  There’s a degree of integration and embodying-the-message that I think has come through the Kohenet initiation.

Plus, Kohenet gives me another context in which to situate myself, and it’s one that’s significantly more radical than the rabbinic world, never mind the mainstream Jewish establishment.  Being a Kohenet gives me a sense of permission to take risks – because it’s a community where you can see people evolving in such a conscious, edge-walking, beautiful way; and when you’re around that, you feel permission to do the same.