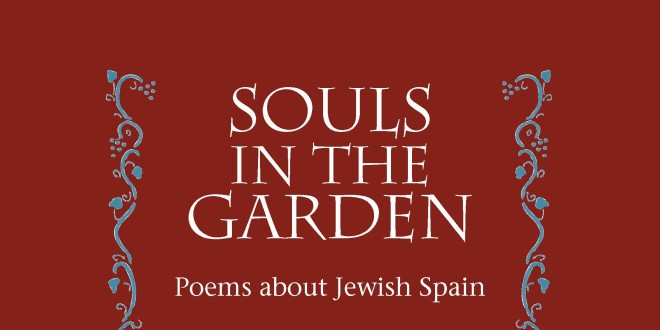 “Souls in the Garden: Poems about Jewish Spain,” by Colorado author Henry Rasof, comprises poems inspired by the author’s two trips to Spain, in search of voices and traces of medieval and modern Jewish Spain. The voices encountered include those of poets, philosophers, mystics, religious figures, and royalty—men and women, mostly Jewish but also Christian and Muslim. Aside from the author of Souls, most of the poems’ subjects are dead, but though dead, their souls are still expressing themselves, to us, to one another, to friends and enemies, and to God, in anger, sorrow, nostalgia, cynicism, bitterness, and wistfulness—the gamut of human emotions. These are the souls in the garden, an image taken from the wonderful “Zohar: The Book of Splendor,” the most important book of Jewish mysticism.

Although the period and setting are mostly medieval and Renaissance Spain, unfortunately the themes of persecution, lament, xenophobia, and expulsion are as relevant today as they were in the past. Additionally, the traumas of the period have been passed down over the years to the descendants of Spanish and Portuguese Jews, many of whom are living in the American Southwest.

Specific information about the book, a .pdf of the text, ordering information, and short reviews can be found at http://henryrasof.com/1277-2/books/souls-in-the-garden/.

The author, Henry Rasof, has degrees in music, creative writing, and Jewish studies and has been writing poetry since 1964. After a long career in book publishing, he taught creative writing at the University of Denver and the Boulder Jewish Day School. He now leads occasional writing workshops for adults on Jewish incantation bowls, ethical wills, and liturgical poetry. His work has appeared in Beatitude, Jewish Currents, Kansas Quarterly, Midstream, Numinous, Partisan Review, X-Peri, and the Boulder Jewish News, among other print and online publications. He has published three previous books—”The House: A Prose Poem;” “Chance Music: Prose Poems 1974 to 1982;” and “Here I Seek You: Jewish Poems for Shabbat, Everydays, and Holy Days“—and hosts www.medievalhebrewpoetry.org.

Sample Poem from “Souls in the Garden“

They call me "NewsHound IV," because I'm a clever Finnegan, sniffing out stories all over the Boulder area. I love Jewish holidays because the food is GREAT, especially the brisket. Well all the food. I was a rescue pup and glad to be on the scent!
Previous Weekly Edition: October 11th, 2019
Next Staenberg-Loup JCC Announces Award Recipients for Upcoming Annual Celebration