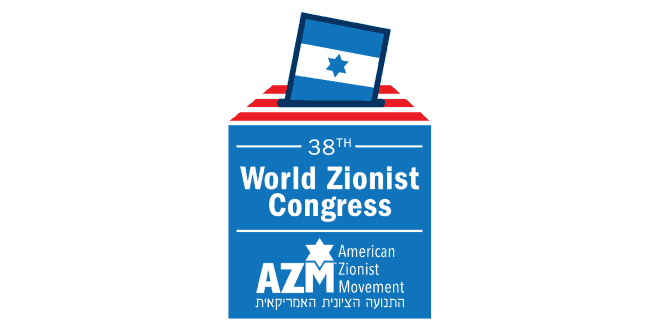 Staff December 26, 2019 News Comments Off on How to Vote in Upcoming World Zionist Congress Election

NEW YORK– The American Zionist Movement (AZM), today launched a video explaining how American Jews can help influence the deepening connection between Israel the Diaspora. The video explains the impact of the upcoming US election for the 38th World Zionist Congress, the “parliament of the Jewish people,” which will convene in Jerusalem in October 2020.

From January 21 through March 11, 2020, American residents who are Jewish and 18 or older will be eligible to vote for United States delegates to the World Zionist Congress. These American delegates will join delegates from Israel and around the world to make decisions regarding the priorities of the World Zionist Organization, Jewish National Fund and the Jewish Agency for Israel, and the allocation of nearly $1 billion annually in support for Israel and world Jewry.

More than a dozen slates, comprised of over 1,800 candidates, will vie for 152 American seats for the 38th World Zionist Congress in this election. The election will be primarily online, with an option for mail-in ballots.

Visit ZionistElection.org to view each slate’s platform and candidates.

“This video narrates the message that AZM is trying to portray of how powerful each voice can be in this historic election,” said Herbert Block, Executive Director of the American Zionist Movement. “Every American Jew over 18 has the opportunity to vote for their voice in Israel, and in turn, strengthen Zionism and world Jewry.”

Since the 2015 election, interest has grown, and a record number of groups expressed interest in participating in the 2020 elections. The 13 slates running in the 2020 World Zionist Congress elections are, in ballot order:

Visit ZionistElection.org to learn more and sign up for updates.

To be eligible to vote in the US Elections to the 38th World Zionist Congress, you must:

About the American Zionist Movement (AZM)

The American Zionist Movement (AZM) is comprised of 33 national Jewish Zionist organizations and works across a broad ideological, political and religious spectrum linking the American Jewish community together in support of Israel, Zionism and the Jewish people. Learn more at azm.org.

They call me "NewsHound IV," because I'm a clever Finnegan, sniffing out stories all over the Boulder area. I love Jewish holidays because the food is GREAT, especially the brisket. Well all the food. I was a rescue pup and glad to be on the scent!
Previous Weekly Edition: December 27th, 2019
Next Henry Rasof to Light Menorah at Chanukah on Ice 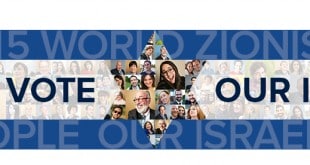