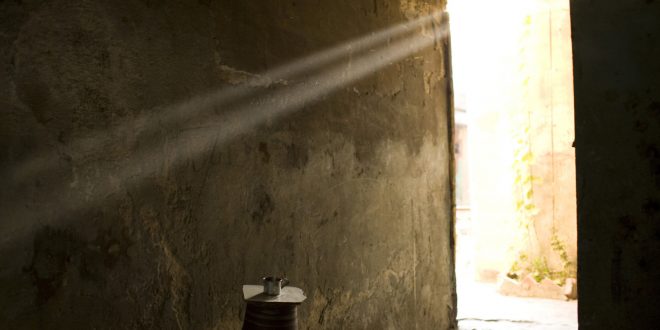 The University of Colorado Boulder’s Program in Jewish Studies welcomes Orit Bashkin, Ilana Feldman, and Hilary Kalisman for a panel titled New Frontiers in Israel/Palestine Studies. The panel is free and open to the public.

In this panel, Professor Bashkin will examine education in the Middle East. Much attention has been placed on the role of the colonial powers, the state and the nation in shaping the minds and bodies of children and students. In recent years, historians reassessed their archival practices and engaged in innovative reading techniques in order to reconstruct such voices.

Professor Kalisman will focus specifically on public school teachers in Palestine and Britain’s Middle Eastern Mandates, arguing that in order to study education, state and nation-building in Israel/Palestine we need to take a regional approach.

Professor Feldman will also discuss the effects of long-term displacement on Palestinian refugees and education in the Middle East. Refugees struggle with questions about how to live in exile, even as they hope for return. They also confront conditions of dying that are in part a product of both long-term displacement and the limits of humanitarian response.

Orit Bashkin is a Professor of Modern Middle Eastern History at the University of Chicago. She works on the intellectual, social and cultural history of the modern Middle East. Professor Bashkin’s publications deal with Iraqi history, the history of Iraqi Jews, the Arab cultural revival movement (the nahda) in the late 19th century, and the connections between modern Arab history and Arabic literature. Her current research project explores the lives of Iraqi Jews in Israel. Professor Bashkin’s graduate students work on a range of issues: cultural history of Ottoman Iraq, the British mandates in Transjordan and Iraq, leisure in the Arab world, Mizrahi women, Syrian diplomacy, the Ottoman press, and Arab political thought.

Ilana Feldman is Professor of Anthropology, History, and International Affairs at George Washington University. Her research has focused on the Palestinian experience, both inside and outside of historic Palestine, examining practices of government, humanitarianism, policing, displacement, and citizenship. She is the author of Governing Gaza: Bureaucracy, Authority, and the Work of Rule, 1917-67 (2008), Police Encounters: Security and Surveillance in Gaza under Egyptian Rule (2015), Life Lived in Relief: Humanitarian Predicaments and Palestinian Refugee Politics (2018); and co-editor (with Miriam Ticktin) of In the Name of Humanity: The Government of Threat and Care (2010).

Hilary Falb Kalisman is a Professor of History and Endowed Professor of Israel/Palestine Studies in the Program in Jewish Studies at CU Boulder. Her research interests include education, colonialism, state and nation building in Israel/Palestine as well as in the broader Middle East. Her current book manuscript, “Schooling the State: Education in the Modern Middle East” uses a collective biography of thousands of public school teachers across Israel/Palestine, Iraq and Transjordan/Jordan to trace how the arc of teachers’ professionalization correlated with their political activity, while undermining correspondence between nations, nationalism, and governments across the region.