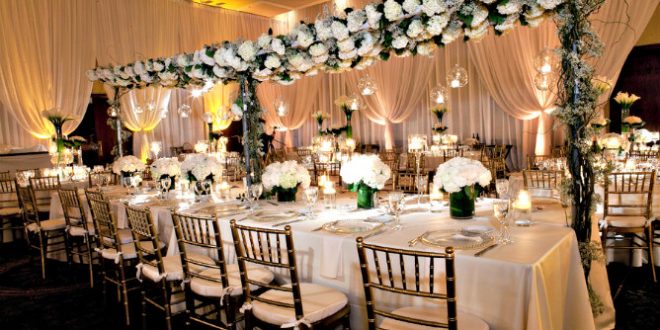 David Greene June 24, 2018 Arts & Culture Comments Off on The Wedding

The minute he walked in the joint,
He could see several men of “distinction”,
Some real big spenders,
Bad looking…not refined.
Wouldn’t you like to know what’s going on in his mind?

(with humble apologies to Shirley Bassey)

“What’s it been?” Howard asked…. “Too long”. Paul cordially replied. “How have you been?” Feigning humor, Paul told him, “Ok, except for the heart operations.” Marlene followed with the usual, “You look great.” “Bull shit”, thought Paul, I am balding and greying and have a bubble wrap I can’t get rid of.” …“Thanks, so do you.”

Paul looked around the room, and from his 6’4” vantage point, saw a sea of grey, balding guys like him with women trying not look their ages. They strut around the room like elderly peacocks working way too hard to show off their distinctions. Sprinkled in among the social security set were a few millenials…siblings and friends of the bride and groom.

He usually loved events, weddings with good food – especially the apps – and good music. Dancing all night. But that wasn’t to be this night.

The ceremony on the Hudson, at sunset, should have been filled with gorgeous yellow and orange tones, but with a grey and foreboding sky, the evening’s tone was dark. Grey sky on grey water over grey buildings overlooking all that grey hair. The black ceiling made the dark and drab room even more tomb like. He watched the joyously smiling parents and siblings watch a not so handsome bride and groom finally get married off after too many years of waiting. They gave the syrupy, typed, hand written vows. The rabbi happily sauntered though his role with old jokes until we heard the sound of the groom smashing the glass. He honestly thought the groom might miss, or was that just his darkness thinking out loud?

The short, but happy, families walked back up the aisle. As they disappeared, a black and white flood of penguin like men and sequined female salamanders descended on the bar and even more so, the food stations like a scrum of huddled omnivores.  This was a Jewish wedding after all.

Scanning over the tops of the far shorter populous, Paul first tried to find the groom, his parents, (his friends), or his siblings, or anyone he knew, but to no avail. He couldn’t even find the food stations. Still looking, he turned as Jane exclaimed, “Oh look, finally, there is a waiter with h’ordeurves.” “Too late”, he replied.  “That waiter was attacked. The others were swallowed up by a pod of Orcas.” “You’re gonna need a bigger boat.” He cracked himself up.

Fishing for food with glasses of Sauvignon in their hands, Paul and Jane ran into the three couples they knew in this small New York wedding of 250 family members and close friends. Their hopes of maybe sitting with Stan and Lorie at table 22, where they were assigned, were soon dashed while eating some shrimp concoction on a napkin.

The hall’s penguin keepers then instructed the guests to find their eating troughs numbered 1-23. Half were fenced off from the musicians and dance floor on the western, Hudson side, and the other half were also fenced off, next to the bathrooms and exit to the parking lot. At least that would provide an exit for the lucky ones.

Everyone crept around trying to find the small, poorly placed table numbers hiding among the table flowers and place settings, each with 2 wine glasses – red and white- already poured champagne and water, 2 plates, and silverware that blindly merged each place setting with the next.

Finally, Paul shouted across the room to Jane that he had found their table. They, Dean, and Carol, were seated at the far end of the room from Stan and Lorie, who would not be seen again.  Only Bob and Alice were at their table. Paul barely knew them. He had some business contact with Bob and Jane knew them from growing up in her old neighborhood. Things were not improving.

Paul, now among the lucky ones nearest the bathroom and exit, was already scheming. But while planning his exit strategy something more insidious was unfolding. You know how table seats are not assigned at many of these events, yet somehow, they are?

By the time he looked up, his seat was given to him, facing the wrong direction. To watch the festivities, he would have to either stand, or swivel his head like the kid in the “Exorcist”.

To his left was Jane. To her left were Bob and Alice. It would be hard to converse with them through Jane, even if there was something in common with them to talk about. That was pretty much used up foraging for food during the cocktail fortnight. To Paul’s right was the only other couple at the table. To their right were three guys, and to their right, and to the left beyond Bob and Alice, were four women. So much for the man-woman-man arrangement. Who was with whom? Were those seven singles. It was that table…the table of… where do we put those people?

Over the din of everyone at every table trying to talk over everyone else, the strangers strained to introduce themselves to each other. Paul could have introduced himself as Elmer Fudd and would have gotten the perfunctory handshake and bouncing head nod. Maybe that’s what they said. He didn’t care.

One woman at the table, Mary, had heard about Paul’s first book and wanted to talk to him about it and how he could help develop a program at an education foundation she was soooo deeply involved with. Turns out her Sutton Place hubby was Chairman of the Board. They spoke briefly. Paul thought, “Will she call me? I doubt it.” Maybe she just is attracted to tall guys.

Paul then spoke briefly with Bob and Alice. Bob is a major magazine publisher who helped him get an essay published 4 years ago based on his first book but can’t help with the new one. Paul sensed a little embarrassment about that. Bob’s a nice guy. He was seated gobbled up by the conversation between Jane and Alice. Because of the seating, Paul felt excluded, so he had a brief conversation with the people to his right who were from California and from the bride’s side. Wow, were they misplaced. Somewhere between salad and dinner, they disappeared. Their exit strategy worked.

At each course, Paul observed the table scene. The three men and 4 women were each engaged in their own conversations. “What the f… are they talking about? Paul wished he could say out loud.  Then he turned to the dance floor scene for the next toast.

Speaking of toasts, that is a tradition that needs to be reexamined. You shouldn’t force 250 people to suffer through 6 speeches from people who can’t write, can’t speak, and don’t know when to stop talking.

So, it was to Paul’s surprise that the highlight of the evening was a toast, or roast as it turned out to be, by the groom’s tall, slim yet still very Jewish brother, who, now at 30, incredibly reminded him of fabulously funny John Mulaney doing a stand-up set.

One of the highlights of any wedding for Paul is the music. He loves great musicians. You can’t stop him from playing every part on every air instrument.  In fact, He claims to be a virtuoso at bass, drums, guitar, keyboards, percussions, and any and all instruments in the horn section…all while dancing his feet off. Usually.

But not this night. The 12-piece band included a horn section and 4 vocalists. “Wow”, thought Paul, “the harmonies are going to be great.” Unfortunately, whoever picked the play list knew more about golf or their real estate jobs than music. To add to the problem, unless you were directly in front of the band you couldn’t hear the lyrics. Too often he couldn’t even recognize the song.

Jane kept asking Paul to dance. He kept saying, “Not to this shit”.  After the opening traditions of The Jewish Hula, the Horah, they played songs from the famous Jewish musical groups… The Temptations and 4 Tops. He danced to those thinking, “This shows my age.” But then the music got way too white.

Totally frustrated, Paul slipped to the railings that surrounded the dance floor and watched a sea of mostly portly penguins and sequined salamanders squirm around the floor as if they were trapped in a fishing net. It was downright ugly. Seeing his despair, and glancing at her watch, Jane said, “It’s getting late. Let’s say our goodbyes.” Then they retreated to the well-placed bathrooms and exit.