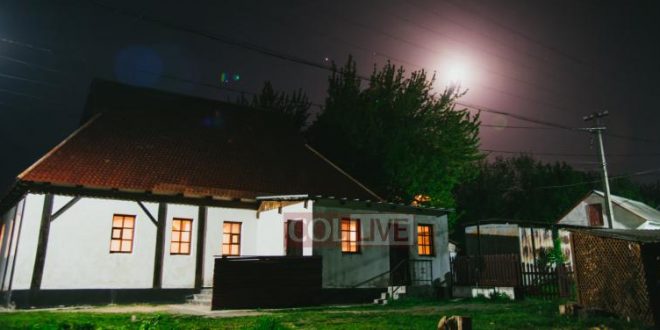 Rabbi Pesach Scheiner November 27, 2018 Jewish Life Comments Off on The New Year Is Upon Us and It’s Not January First

Today, Tuesday, November 27, the 19th day of the Hebrew month of Kislev is called the New Year of Chassidism. On this day, the great Chassidic Master, Reb Shneur Zalman of Chabad, was released from Czarist prison after being arrested on trumped up charges that he was aiding a revolt against the Czar.

Just as on the Jewish New Year, Rosh Hashonah, man is given new blessing and potential for the new year, so to on the Rosh Hashonah of Chassidism, we receive new potential to succeed in incorporating Chassidic teachings and lessons for the New Year.

But what exactly is Chassidism? If one reads historical accounts of the beginning of the Chassidic movement and its leader the Baal Shem Tov, they will usually say that Chassidism brought passion and joy into religious practice and it broke down the barriers between the simple Jews and the scholars. But, how did the Baal Shem Tov accomplish this, did he have a magic wand or some other miraculous method?

One of the basic tenets of Judaism as taught in the Zohar is that the Torah connects the Jewish soul to G-d. Just as there is various levels of the soul, so to there are various corresponding levels of explanation of the Torah, each one designed for a different level of the soul.

These teachings were based on the Kabbalah but, added a new dimension of explaining the Kabbalah in a more personable way and what it meant in each person’s divine service.  Therefore, in Chassidic teachings, one will find detailed explanations of the various soul powers we posses as well as what type of spirituality we can experience through different mitzvot of the Torah. The reason these teachings were revealed at such a late period of Jewish history, was meant to prepare the world for the spiritual era of Moshiach which was coming closer. May we merit the coming of Moshiach speedily in our days!

These two pictures are of the Baal Shem Tov’s Synagogue in Mezhibuzh, Ukraine (refurbished)

Rabbi Pesach Scheiner is the Rabbi of Boulder County Center for Judaism. In addition, he teaches extensively throughout Boulder County and is the author of "Finding the Joy in Everyday Living," a book of short chapters explaining the ways to access happiness through appreciation, gratitude, and a sense of purpose.
Previous On Philanthropy: Best Excerpts from the First 100 Columns
Next Har HaShem Holds Online Chanukah Auction — Now

End the Holiday Season on a High Note!