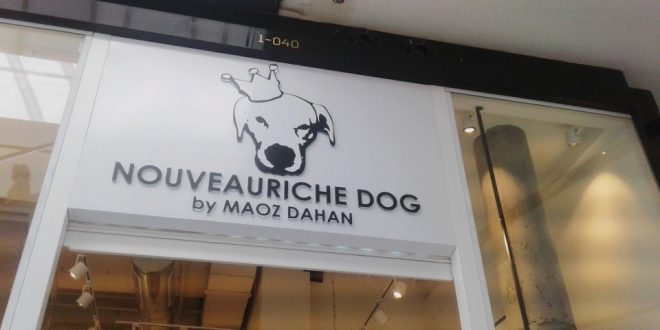 Straight Off The Runway

Staff July 16, 2018 Arts & Culture Comments Off on Straight Off The Runway

“These are not things I would have been able to experience on my own,” says Sarah, one of the participants in the Fashionating Israel Birthright Plus program. Run by Liraz Cohen Mordechai, the owner and founder of Fashionating by Liri, the program is a specialized extension to the 10-day Taglit-Birthright Israel experience. During the four-day Fashionating Israel trip, students experience firsthand the rich diversity of Israeli fashion, culture, and art: an exploration of Israel’s story from a fresh approach. The boutique nature of the program provides participants opportunities with top Israeli designers and start-up founders they wouldn’t be able to meet without the connections and fashion know-how that Liri has accrued in Tel Aviv.

The exclusivity of these experiences is best exemplified by a sudden shift in the itinerary of last week’s program. While the trip is open to all genders, the groups tend to be demographically skewed towards women. But Liri’s last group was the opposite: almost 75% men. “We are always looking for feedback, for ways to make our program better each time,” Liri says, and tailoring programs specifically to the group has always been a priority for her. Wanting to incorporate more activities that would speak directly to her participants’ interests, Liri reached out to Maoz Dahan, one of Israel’s preeminent designers of male and androgynous style, to speak with the group. Dahan is the fashion visionary behind Israeli pop sensation Static & Ben El, a duo with nearly 50 million views on one YouTube video alone, and a freshly-signed contract for seven international albums with music giant Capitol Records. Dahan’s work with the duo can be seen in the music video for their newest single, “Kawaii,” which features him as its costume designer.

Dahan has been on the Israeli high fashion scene for nearly a decade. In 2008, he founded Nouveau Riche Dog, an androgynous and eclectic line based here in Tel Aviv. He’s always been on the cutting edge of Israeli style; “I am the first in Israel to create unisex clothes,” Dahan says. “Ten years ago, nobody believed guys can wear things like tunics.” Dahan talked about all his work displayed in the store, but he captivated the Fashionating Israel group with several pieces from his newest collection, straight off the Tel Aviv Fashion Week Runway. The collection explores androgyny and flexibility through zippers; each garment is designed in multiple pieces that can be separated, and even swapped with pieces from other garments. It’s emblematic of the creativity that Dahan exhibits in all his work. “You have to make your own voice,” he says.

Dahan has been extremely successful: running his storefronts in Tel Aviv, designing for and organizing Tel Aviv fashion week, and dressing Israel’s rich and famous, including pop stars Static & Ben El. But he also shared the unique difficulties of working in Israel’s fashion industry. It’s a limited economy, he says; even though people like his designs, there’s only so many designer pieces that people can and will buy. The distinct religiosity of Israeli culture also impacts the industry. “Lady Gaga, Jason Derulo, they can be crazy, they can do whatever they want,” Dahan shares. “That doesn’t work like that in Israel. It’s very religious here. It’s different.” Even with the restrictions of design in Israel, Dahan wouldn’t think about ever giving it up. “I am successful because I’m doing what I like… this is my blood, this is my DNA.”

Conversing with Dahan, it’s clear that his experiences and aspirations capture the essence of Liri’s mission. Fashionating by Liri strives to empower and promote Israeli designers and teach about Israel from the perspective of fashion. Dahan’s designs and experiences in the industry are indicative of Israeli societal, cultural, and religious trends, and how they interact to shape Israeli fashion as its own unique genre. “We are trying to create a unique Israeli stamp around the world,” Dahan says. The distinctive fashion and fashion culture that Israel fosters are what Liri explores in her lectures and programs. “Israel isn’t just religious fashion,” Courtney, a Fashionating Israel participant, shared of what she had learned. “It’s comparable to other countries with big, famous fashion.” With his avant-garde and imaginative designs, Dahan epitomizes Israel’s increasing prominence as a player on the global fashion stage.

Even with all his success, Dahan is a approachable and down-to-earth. “He’s just such a cool guy,” one Fashionating Israel participant, Sean, said. Other participants discussed potential internships and collaborations with Dahan, which he said he’s always interested in. He loves meeting with groups and bouncing ideas off new people; “ I love to be open with my work. Creative makes creative.” Creativity and connectivity are strengths of both Dahan and Liri; each is charting a unique path in the Israeli fashion world with the common goal of elevating Israeli fashion to its full potential. Liri’s programs, which have connected participants with top-tier designers like Dahan, is singular in its hands-on, intimate approach to Israel education. For Liri, arranging opportunities like meeting with Dahan is just a day’s work, but it creates lasting impacts. As one participant shared, “Fashionating Israel is such a good opportunity for meeting key players in the Israeli fashion world. I absolutely love it.”

They call me "NewsHound IV," because I'm a clever Finnegan, sniffing out stories all over the Boulder area. I love Jewish holidays because the food is GREAT, especially the brisket. Well all the food. I was a rescue pup and glad to be on the scent!
Previous Baruch Dayan Ha’emet: Ann Brown, z”l
Next Denver JCC Announces New Board of Directors