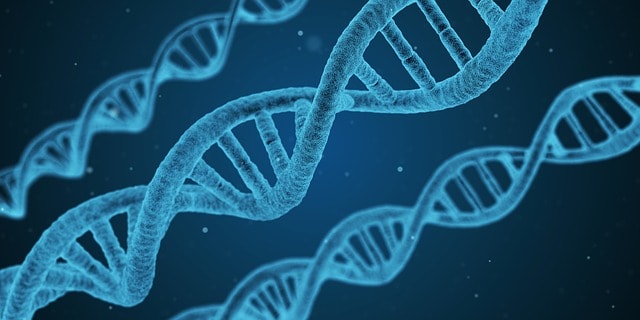 Jewish Researchers Led the Way in Bio-Tech Development in 2017

Billie Peacock January 18, 2018 News Comments Off on Jewish Researchers Led the Way in Bio-Tech Development in 2017

The world of medicine is always changing, making it hard to keep up on the latest and greatest. Jewish researchers led the way in the biotech industry last year, with a promising outlook for this year. Here are the top 6 developments in biotech from 2017:

Bonus Biogroup, a lab in Haifa, successfully implanted a bone graft into the jaw of a patient suffering from a severe bone deficiency. The bone was developed in a lab out of cells from fat tissue taken from the patient’s body and allowed to develop in a growth environment that stimulates bone production in humans.

It took two weeks to grow the graft from the collected fat cells. From these cells the lab produces a bone implant inject from the tiny bone granules. They are then injected into a deficient bone where the granules fuse together and create a solid bone. The findings are still in early stages of clinical trials, but 100 percent of the patients who have been treated in this study have seen have seen complete success.

A team of Israeli researchers has developed a technology that can help diagnose disease by looking at a person’s eyelids movements called the Eyelid Motion Monitor (EMM). This device can be installed in a standard pair of glasses by fitting the hardware and software that monitors eyelid movement to the frame. This device helps to determine normal eyelid patterns like blinking speed and frequency. The team has released findings that suggest there is a baseline for what a normal person looks like through their eye movements.

The researchers say they have found “statistically quantitative connection(s)” between eyelid patterns and particular diseases. Adi Hanuka, a doctoral trainee at Technion, who is a part of the team responsible for creating EMM says, “Eyelid motion provides us with meaningful information about the health of a patient. This move can indicate not only eye diseases, but also neurological diseases such as Parkinson’s, and autoimmune diseases such as Graves’ disease.”

Still in its early stages of testing, this new biotechnology has offered us significant potential for benefits to patients in the future.

Mobile apps and wearable trackers are at the forefront of healthcare these days; 96 percent of health app users believe that health tracking apps affect their life in a positive way. Mobile apps and wearable trackers help doctors monitor patients conditions from afar. By tracking both exercise, mental health, and caloric intake, these apps help promote overall healthy behaviors in patients.

Health tracking apps are beneficial for people dealing with chronic conditions like diabetes, migraines, obesity, and hypertension. Some popular Israeli disease management tracking apps are Move Your Butt (MYB) which uses social health games, workout trackers, and a diet log to get people active and moving!  Another popular health app is Dario which allows Diabetics to track their carb and caloric intake as well as their glucose levels. GlucoMe works in a similar way to Dario to keep Diabetic health in check. TytoCare offers the in depth expertise of a doctor with the convenience of telemedicine.

Reanimating patients is at the forefront of healthcare for doctors of paralyzed patients. Using implanted electronics and software, doctors and scientists have found that they can re-establish senses and abilities that have been lost in paralyzed patients.

The technology doctors utilize has been used in previous years. Animals and humans have had success controlling computer cursors and robotic arms through just their thoughts because of brain implants that are wired to machines. But now, researchers are taking steps towards reversing paralysis in human limbs and extremities completely.

It works like this: a doctor places two silicon recording implants the size of a postage stamp inside of a patient’s brain. The implants have hundreds of hair like metal probes that can track and follow when neurons light up. Through the use of a “neural bypass,” doctors can connect technology to electrode stimulators on the body. Electrodes are placed into the muscles of the extremity that has been paralyzed. When the neural bypass is complete, the neurons in the body fire and the body reacts by moving an arm, leg, or a hand.

The hope is that this technology can live beyond its purpose in paralysis patients to help those with memory loss restore their memories with a neural prosthetic.

House calls from physicians have been around for ages. The concept of telemedicine builds on this tried and true approach to medicine without the need for doctors to leave their offices. As one of the latest emerging medical technologies, telemedicine allows doctors to treat patients via satellite or video conferencing and has become commonplace in the healthcare industry. This type of practice is helpful for patients who need chronic disease management and those who need follow up appointments post-hospitalization stays.

The purpose of telemedicine is to allow patients immediate and professional access to medical treatment when they need it, which long term can help prevent the need for emergency care. This type of medical practice is beneficial for patients who are experiencing serious sudden emergencies like heart attacks. Telemedicine patients who have a heart attack are more likely to survive than those who do not have access to this type of care. Since poor health can arise at any time, telemedicine has evolved to be there to help you when you need it.

As a whole, the Israeli biotech industry is bound to continue building upon its findings with each coming year. This year is sure to bring about even more historical change in technology.

Tuesday: Community, government, and faith leaders in Colorado will take part in a virtual event, Responding to Antisemitism: An Interfaith Call to Action, Tuesday, January 18, 2022, from 7-8:30 p.m. The public is invited to attend.