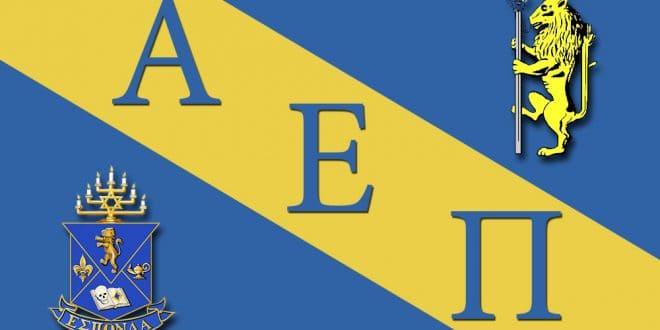 “Andy Borans has meant more to the success of AEPi than any individual in the last 40 years. His contributions to our growth to nearly 200 chapters and interest groups in six countries and to our influence as a leading Jewish college organization can never be understated,” said AEPi’s International President Scott Cohon. “Now, Andy is going to leverage his connections and relationships to grow our Foundation to unprecedented heights.”

Borans has a 38-year history with AEPi. In 1980, he began a 10-year stint working for AEPi, overseeing its growth from 57 chapters to 109 chapters. In 1990, Borans went into the private sector and founded a successful New Jersey-based sportswear and apparel company. After selling his business in 1998, Borans returned to AEPi, charged with stewarding the organization’s development into the 21st century. Borans is actively involved in a number of national and international Jewish causes, including the American Israeli Public Affairs Committee (AIPAC), Conference of Presidents of Major Jewish Organizations (COP), B’nai B’rith International, Hillel and Chabad on Campus. He also currently serves as a member of the Board of Governors of B’nai B’rith International and the National Council of AIPAC and was a founding member of the steering committee for the Israel on Campus Coalition.

During Borans’ tenure as the fraternity’s executive director, AEPi grew to become one of the 10 largest international fraternities and opened chapters in the UK, Austria, Canada, Australia and Israel. Under his leadership, AEPi brothers have taken a more active role in Israel advocacy and Jewish-oriented philanthropy, having already fulfilled a goal to raise $700,000 for seven different Jewish organizations and now having nearly completed – years ahead of schedule – a goal to raise another $1 million for 10 additional Jewish philanthropic organizations.

“Having Andy Borans join the AEPi Foundation full time as its CEO (Borans previously only devoted a portion of his professional time to running the Foundation) represents an incredibly exciting moment in the history of our organization. Andy personally knows thousands of our alumni because of his work for the fraternity and his relationships with other Jewish organizations around the world are extensive,” said Michael A. Morris, AEPi Foundation chairman. “But, more important than that will be the passion and energy that Andy will bring to our organization. His love for AEPi – and our mission to develop the future leaders of the world’s Jewish communities — knows no bounds. I know that he will do everything in his power to help us fund the educational mission of AEPi brothers.”

“I’m thrilled to be moving to the AEPi Foundation. This is a natural transition for me. I’m still going to be able to create and implement programs that will help our undergraduates accomplish our mission of developing leadership for Jewish communities, but now I’ll be working to ensure that our Foundation will be able to support that mission for decades to come. I’m looking forward to working with the Foundation board of directors and, especially, our managing director, Jay Feldman, to continue the great work they have been doing. I will miss the day-to-day interaction with our undergraduates but I’m heartened to know that AEPi will be in the more than capable hands of Jim Fleischer,” said Borans.

Fleischer is a 1993 graduate of Kent State University. Upon graduation, he worked as an AEPi chapter consultant for a year before working as a fundraiser for UJA Federation of New York. He owned his own printing business on Long Island for nearly 18 years, during which time was a volunteer for AEPi and was elected to the fraternity’s board of directors in 2006. In 2013, Fleischer rejoined the fraternity’s executive staff as its assistant executive director and chief operating officer. He also serves on the governing council of the North American Interfraternity Conference.

A native of Canton, Ohio, Fleischer and his wife of 23 years now reside in Carmel, Ind. with their three children.

“Jim Fleischer is the right man to lead AEPi at this time. He’s learned at the feet of Andy Borans and brings knowledge and love of AEPi, business acumen and experience and an absolute commitment to our mission of developing leadership for the Jewish community,” said Cohon.

The long-planned executive transition – which will go into effect June 1, 2018 – comes on the heels of very successful years for both AEPi and the Foundation. “Andy Borans has grown our fraternity beyond our wildest dreams during his time as executive director. I can only hope to be as successful as he has been in managing our fraternity. I know that he is going to be just as successful at growing our foundation’s operations,” said Fleischer.

Alpha Epsilon Pi (AEPi) is the world’s Jewish college fraternity, operating chapters on more than 190 college campuses in six countries. Founded in 1913, AEPi has more than 90,000 living alumni.  While non-discriminatory, the fraternity’s mission – developing the future leaders of the Jewish communities – is demonstrated every day through acts of brotherhood, Tzedakah (charity), social awareness and support for Jewish communities and Israel.

The Alpha Epsilon Pi Foundation promotes the values of the Alpha Epsilon Pi Fraternity through leadership development, partnerships with educational and Jewish communal organizations, and provision of scholarships, financial support and programming for the betterment of AEPi brothers, their campuses or their community.

They call me "NewsHound IV," because I'm a clever Finnegan, sniffing out stories all over the Boulder area. I love Jewish holidays because the food is GREAT, especially the brisket. Well all the food. I was a rescue pup and glad to be on the scent!
Previous Take Control of Your Moods and Live Joyously
Next Second Annual Temple Aaron Second Night Seder 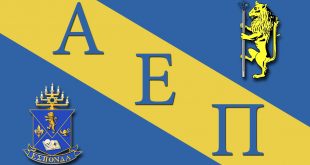 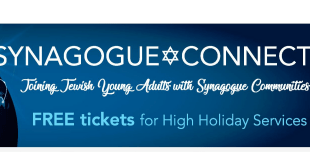