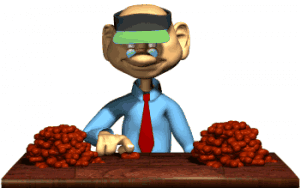 I Was Born a Bean Counter

Lisa Tremback April 23, 2018 Arts & Culture Comments Off on I Was Born a Bean Counter

I was born a bean counter during early Sabbath hours,

I had to find the hidden believers, and

I fell from a dying angel’s floating,

I was seen on NASA and heard on tapes,

My mother bowed and sung supplications,

found a babe in her arms during her adulations!

I seemed so lucky!  I just glowed and glowed

With tousled hair, no sorrows, needed nothing to borrow.

But no one trusts a higher We,

Or an angel’s wings unfolding free.

I wandered up the mountains of souls,

People with fresh and scented roles,

Whose lives were made of sterling silver or solid gold,

I believe in angel’s wings. In the east

While you all believed out of yeast rises dough!

My reality is not a steady dream,

It weaves and bleeds, and I see the streets

Of those who have suffered their last defeat.

I’ve hidden under the sublime, profound,

That hits the news around the town.

There were those who tried to stave us

Boarded us on one big plane of God’s children,

into cosmic flight towards the sun.

Died we did in a cargo grave,

A new way of genocide,

By rocket ship into zip.

I was saved, perhaps someone, my ransom paid?

A woman in white coat sat in a tritely decorated room

Of fake antiques where I could hear the new vents leak

The sounds of death from afar.

What year is this?  My mother’s, mother’s maiden name?

Where is my current place of stay?

She told me the angels have gone away.

They’ll wait for me till I’m heaven’s sent.

They’d keep my flocks that I should tend

Who was she to say I’m out of line?

As I drank a glass of fruity wine!

Spun from cards till a shining sliver, silver thread,

I’m lost amid so many realities!

Just a way to break the ice,

Let’s go on with a sweet story, a picture podcast

to charm us with a happy past.

Did I tell you a fine, queer poem

That was there when you were woken?

Or was I joking with your precious reality,

To jump, abound around, your casual practicalities.

I hope and yearn that our children will learn

To stand in angel’s robes, arm and arm,

count themselves in for a new precedent,

the Universe is expanding as we try to form an understanding,

thumbing our way across cosmic roads,

to find some form of bearable load.

I started writing in Elementary school and was published in school and local newspapers. I graduated from Columbia College in Chicago and studied under the poet, Bill Knox. I have been published at Colorado State University's underground newspaper. I enjoy writing almost every day and love to write about my relationship with G-d.
Previous Bonai Shalom’s First Friday: CU Professor to Discuss Her New Book on Crypto-Jews
Next JNF-USA Raises Half A Billion Dollars For Israel In Just Four Years