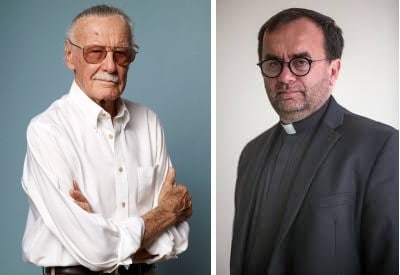 Morah Yehudis Fishman November 19, 2018 Guests and Blogs, News Comments Off on From Extinction To Eternity

How does one person unearth undocumented killing sites day after day, year after year, and not only cope, but bring hope and solace to lives lost, forgotten, and interred in a ghastly terrain? One man, a French priest, Father Patrick Desbois, indeed has been doing just that since 2004 with his organization called, Yahad in-Unum- meaning, One in Many. He travels with his crew visiting these sites in Ukraine, Russia, and now other places of slaughter in the world. Like cold case investigators, the team literally unearths these mass graves and with unflinching and impeccable detail, interviews eye witnesses to the Nazi massacres of WW2, carnage which might otherwise be relegated to oblivion. With branches now all around the world, Yahad Colorado has become the first American base.

On November 12th, 2018, the day after Armistice Day, over 500 people gathered in the Boulder JCC. They were able to garner, through his unflinching descriptions, a glimpse of the direct experience of Father Desbois in his courageous and relentless search for lost mass graves of brutal and cold blooded killing fields of innocent lives.

On that same day, November 12th, as Divine Providence might have it, a Jewish man, Stan Lee, editor in chief of Marvel comics, passed away. Lee, perhaps single handedly was responsible for the rise and impact of images of superheroes in film and in the hearts of millions of children and young adults in our days. Young Jews at that time, from more observant immigrant families, may have turned away from traditions and turned toward secular culture by latching on to the more contemporary comic and film heroes that Lee had launched. However, as the two Jewish creators of Superman also portrayed, in whatever cloak it may be wrapped in, heroism is a distinct and eternal Jewish value.

Eli Reiter, a former Yeshiva boy, wrote a moving article about Lee called, ‘How Stan Lee Taught Me the Jews-Fighting Back Lesson.’ He explains that as a kid he immersed himself in superhero comics on his first flight to Israel. These books, he wrote, ‘told heroic tales about men and women with pure motives and unlimited strength.’ He read these books to ‘escape from the Orthodox world into a land of fantasy.’ Later he found out that the founder of these books was a Jewish man named Stan Lee who ‘helped redefine what it meant to be an American.’

Growing up, as I also did, in the shadow of the Shoah, Reiter reflects that the dejected, tattooed arms of Holocaust survivors floating through shuls were his primary textbooks about that unspeakable period of Jewish history. But then Reiter saw a 1941 comic cover where Lee’s Captain America actually punched Hitler in the face! In fact, Lee had put himself in cameo roles in twenty of his Marvel films. Reiter concludes, ‘A crowning achievement- to be in a superhero movie. Not bad for a Jew from the Bronx.’ He realized that Jews can fight back, in unusual but still influential ways. They can bring hope to a despairing society.

Rather extraordinary, I say to myself. Two very different personalities, Father Desbois and Stan Lee, take center stage of history on the very same calendar day! A Catholic priest who feels it’s his mission to discover and unearth the remains of anonymous decimated Jews and other victims of mass carnage, and an assimilated Jew who resurrects Biblical valor in the form of comic book larger than life personalities to inspire the masses with a positive vision.

What is my takeaway from this confluence of events? A talk show host ruminated on the day of Lee’s death, that the superhero phenomenon was not good for society. It takes the focus away from showing the valor of ordinary people. I beg to differ. We all need models of inspiration to be more than ordinary and to rise above our mundane existence.

I recently watched a documentary called the ‘Dark Charisma of Adolf Hitler,’ and was struck by his ability to enlist most of the Germany of his time to adopt his ruthless vision for world domination and extermination of Jews. An opposing model might be the exceptional spirit of Winston Churchill who galvanized the British nation in resistance and defiance. Our sages tell us that the forces of good and evil parallel each other. And sometimes, perhaps often, we need to look beneath the surface of magnetic personalities to see the difference. The rabbis contrast the characters of Moses and Bilam, by stressing that we should look at their followers and students to make a distinction between them. Indeed, the common factor between the success of various terrorist groups of the past and present, seems to indicate a relentless indoctrination of susceptible youth to their horrific vision. So too we must inspire our youth with the vision and passion expressed in the words of our prophets.

As Father Desbois puts it, we all have a killer inside of us, and therefore we must be vigilant to the evil within and without. Without understanding the motives and tactics of our foes, we can’t ignite the courage and wherewithal to resist. As Stan Lee, and Jewish history teaches us, everyone can be a hero in their own way. The world may seem rampant now with demons of darkness, but it is also filled with angels of light. As we approach Hanukah, we are also reminded of the clash between forces of darkness and of light. The six branches of the menorah that faced the central stem, represent the idea that even the greatest wisdom of the world needs to recognize the words we read in the Hanukah haftorah: ‘Not by power, not by might, but with my spirit, says G-d.’ In the eyes of the Hellenistic world, their culture was called enlightened. But in the eyes of the sages, their ethos represented darkness. The Hellenists left G-d and the soul out of the equation and ended up forbidding vital Jewish practices like the Sabbath and circumcision, and persecuting Jews who resisted them. The Nazi regime followed this approach to its extreme form. When a culture labels and treats others as sub-human, as Father Desbois continues to reiterate, there is no limit to the extremes of degradation that can and will occur.

The longing for a utopia of peace, prosperity, harmony and tranquility is embedded in Judaism. It is the bedrock of Maimonides 12th principle of faith in the coming of Mashiach, the Messiah, a leader and teacher not just for the Jews but for all humanity. However, many contemporary people ask, ‘why is there an emphasis on a human Messiah? Isn’t it enough to hope for and strive for this idyllic time in general?’

My response to this question about the 12th principle, comes from the events of this year’s November 12th. Both Father Desbois and Stan Lee in their own unique way are mortal human models of inspiration for all of all of us. They help us to reach down into the recesses of our own hearts and souls, to bring out the potential Messiahs in each of us. When this happens, G-d willing, a human Mashiach will arise to reflect and direct all humanity to be the best we can be, and to conduct the sublime music of a truly liberated and enlightened human expression of the Divine image latent in all of us.

Please visit the Holocaust by Bullets display at the JCC showing till mid-Decembero. And if you are interested in exploring the Jewish perspective about Mashiach, please consider a few classes that I am teaching at Congregation Bonai Shalom on Tues. evening, November 20th and 27th, at 7pm.

I have been teaching Torah and Chassidic writings for over forty years to students of all ages and backgrounds, both on the East Coast and the Midwest. I have been a director of several Jewish organizations in Santa Fe and Colorado. My articles and poetry on a wide variety of Jewish topics have been printed in many publications, and also are available online.
Previous Boulder County’s Largest Menorah to Light Up Pearl St. Mall for Night 2
Next Chanukah with the Colorado Hebrew Chorale 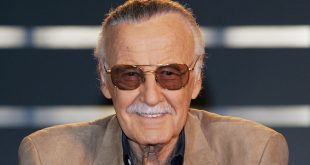 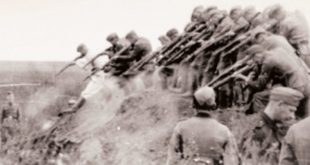 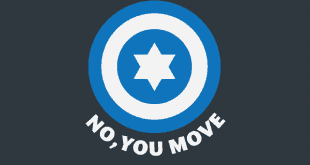