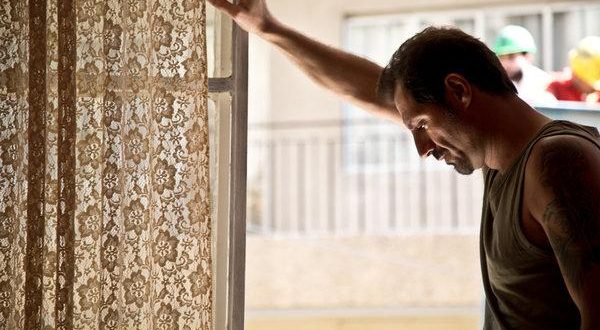 Kathryn Bernheimer April 3, 2018 Arts & Culture Comments Off on Film Festival Presents the Best of World Cinema Year-Round at the Boe

The Boulder Jewish Film Festival has sadly come to a close, but do not despair. We will see each other again before the 7th annual festival, March 7-17, 2019.

Our ongoing partnership with the Boe allows us to continue presenting the best in world cinema year-round. The Boe also hosts some “best of the fest” repeat screenings: Hedy Lamarr, who sold out three screenings of “Bombshell,” makes a return appearance April 11-14th at the Boe.

This week, it is our honor to co-present the 2018 Academy Award nominee for Best Foreign Picture, “The Insult,” a Lebanese film that centers on religious and political animosity – with no Jewish characters. Although “The Insult” may not be a candidate for a Jewish film festival, it is an excellent drama that sheds light on the nature of conflict in the Middle East. I am looking forward to facilitating a discussion of the film following the 7:00 pm screening on Wednesday, April 4.

I saw “The Insult” at last year’s Telluride Film Festival, where the director Ziad Doueiri was also in attendance, returning after he premiered “The Attack” in 2012. This explosive drama focused on a successful Arab surgeon in Tel Aviv whose life is shattered by a suicide bombing involving his wife, based on the novel by Yasmina Khadra.

Doueiri is a brave and talented young filmmaker, whose films have earned great respect – “The Insult” is Lebanon’s first Oscar nomination – and garnered the kind of controversy one might expect from a director who dares to depict the harsh realities of life in the region.

Doueiri was arrested at Beirut airport last year, shortly before the movie’s premiere in September. He was accused of violating Lebanese law for filming parts of “The Attack” in Israel. The director was released the next day without charges.

“The Insult” was dropped from the Ramallah Film Festival in the West Bank in October despite starring Palestinian actor Kamel El Basha, in response to activists calling for a boycott for having filmed in Israel. Here’s the Boe Blast description of “The Insult”:

The film, set in today’s Beirut, involves a civilian dispute blown out of proportion, in which Tony (Adel Karam), a Lebanese Christian, and Yasser (Kamel El Basha), a Palestinian refugee, face off in court. As the media circus surrounding the case threatens a social explosion in divided Lebanon, Tony and Yasser reconsider their values and beliefs as revelations of trauma complicate their understanding of one another. The film gets an 89% approval rating on Rotten Tomatoes, with the critics’ consensus stating, “The Insult” uses its familiar courtroom drama framework to deliver a hard-hitting statement on modern Middle Eastern politics that’s as gripping as it is thought-provoking.” It is enhanced by terrific performances and is optimistic enough to leave the door open to hope. But it’s also realistic enough to only leave it ajar.

Kathryn has spent her professional life writing about, teaching, and presenting the arts. Founding Director of the Boulder Jewish Film Festival, Kathryn was Director of Menorah and ACE at the Boulder JCC from 2003 through August, 2019. The former film and theater critic for the Boulder Daily Camera, Kathryn is the author of "The Fifty Greatest Jewish Movies" and "The Fifty Funniest Films of All Time." kathryn.bernheimer@gmail.com
Previous Kabbalat Shabbat: Crossing the Sea
Next Weekly Edition: April 6th, 2018