A Community Inclusion Resource Showcase, featuring leaders from more than a dozen organizations serving the needs of people living with disabilities in Boulder, and members of the constituency they serve

Actors on the autism spectrum play the autistic characters in this audacious, charming romantic comedy by first-time director Rachel Israel. Winner of a series of top prizes at Tribeca, this intimate human drama is unlike anything you’ve seen on screen.

“It’s an ode to self-discovery and acceptance that’s as funny as it is sweet.” – Variety AN EVENING WITH COMPOSER YUVAL RON

Award-winning world music artist Yuval Ron composed the score for “West Bank Story,” which won the Oscar for best short film in 2007. Join us for a screening of the 25-minute comedy about rival Israeli and Palestinian falafel stands, followed by a musical explication of the score. The evening concludes with a short concert featuring Ron’s current work.

*Part of ACE’s “Bernstein at 100” celebration Kosher Reception at 6 pm in the Dairy Lobby

Sponsored by: The St. Julien Hotel and Spa/Larry Cohn

The first female Orthodox director to compete in the world cinema market, Rama Burshtyn (“Fill the Void,” BJFF 2015) continues to shine a loving light on her own community with this audacious, funny fairy tale of romantic woe. Israeli actress Noa Kooler charms as the eccentric would-be bride who is literally looking for a match made in heaven. Friday, March 9, noon in the Boe

Sponsored by: Nancy and Robert Mohr

Three Palestinian women striving for personal independence share an apartment in Tel Aviv in this bittersweet drama from female Arab-Israeli director Maysaloun Hamoud, currently under a fatwa for her taboo-breaking debut. “AN ACT OF DEFIANCE“

Sponsored by: Rosemarie and Jeff Foster

The role played by Jewish activists in the American civil rights movement is common knowledge; less well known is the story of a Jewish-black alliance that fought Apartheid in South Africa during the same years. Part nail-biting political thriller, part courtroom drama, this Dutch drama pays tribute to the unsung heroes who changed history with Nelson Mandela. “DREAMING OF A JEWISH CHRISTMAS”

Immigrant outsiders audaciously enter the pop culture mainstream in this offbeat musical documentary about the Jewish songwriters who composed the soundtrack to Christianity’s most cherished holiday. With only a trace of irreverence, the film explores how Christmas provided a generation of composers the opportunity to imagine a better world through song. Sponsored by: Jackie and Mark Wong

The Third Reich produced 1,000 films, all under the close scrutiny of Propaganda Minister Joseph Goebbels, and all with the single purpose of furthering Hitler’s goal of world domination. Learn how these early and expert Nazi practitioners of propaganda turned to Hollywood for inspiration in their quest to sway the masses with seemingly harmless entertainment. Not the film you might think it is, about a woman who was not who you thought she was. While far from a hagiography, this edgy biopic defies convention – much like the gorgeous genius herself – and pays credit where it is due. The most public black figure to embrace Judaism, Sammy Davis, Jr. was a complicated human being, a talented and versatile performer, and an artist traversing shifting racial politics. This long-overdue biography of Davis deftly depicts a uniquely gifted entertainer whose trajectory blazed across the major flashpoints of American society from the Depression through the 1980s. Ten years after “West Bank Story” (showing at 6:30 pm) caught the public’s imagination with its comic riff on Leonard Bernstein’s “West Side Story” –  amusingly retold as musical feud between rival Israeli/Palestinian falafel stands – along comes this equally daring and similarly themed farce about the very serious conflict in the Middle East. Told with the same impudent charm, this biting political mockumentary imagines the fate of the region is to be decided in a single soccer match. George, the star of the most treasured children’s book series of all time, escaped the Nazis in the basket of a hand-built bicycle when its German-Jewish authors fled Paris for their lives. Hans and Margaret Rey’s subsequent life of adventure is told through interviews, archival footage, and delightful animated sequences in a style inspired by the world of Curious George – who finds his way in and out of problems and always comes out ahead. Sponsored by: Boulder Israel Engagement Team/Milk and Honey Farm at the J/Hazon Four Holocaust survivors eloquently narrate their own harrowing drama of survival in Berlin – after it was officially declared free of Jews. Set in the same city just prior to the historical events depicted in “Bye Bye Germany,” this engrossing feature film brings their haunting stories to life. Sponsored by: Judy and Alan Megibow

Andrei Konchalovsky won the best director prize at the Venice Film Festival for this sparsely luminous story of three intertwined lives during the Holocaust. A masterpiece, this year’s must-see Holocaust film is stunningly crafted, uncommonly intelligent, and morally challenging. A dedicated and principled Orthodox historian is leading a legal battle against Holocaust deniers in Austria when he discovers a family secret that shakes his faith, but not his commitment to the truth. This sharp thriller depicts an honorable man caught in a moral quandary. This polished and lively feature film, set in Frankfurt in 1946, captures the post-war period from the perspective of the remaining survivors reclaiming life after the camps, with deservedly unapologetic impunity. Opening night of the Boston Jewish Film Festival, this entertaining drama asks provocative questions about home, heritage and national identity. This astounding tale of moral awakening pays long-overdue tribute to the only Japanese national honored at Yad Vashem. The inspiring story of “the Japanese Schindler” is well known through an Oscar-winning documentary short, a popular children’s book, and several international books and films, but Japanese-American director Cellin Gluck’s lavishly mounted production pays lasting tribute to Chiune Sugihara, the diplomat who helped more than 6,000 Jews escape to Japanese territory. Sponsored by: Women of the J/Dr. David Jackson

How did a group of nice Jewish girls become some of the most famous starlets during the golden age of Bollywood? As this gloriously garish, fascinatingly improbable film reveals, Indian Jewish actresses seized the opportunity to perform, while revolutionizing Indian cinema in the process. The appearance of two Orthodox men in a Hungarian village immediately after the Holocaust unsettles the population in this haunting, poetic drama addressing individual complicity. Based on the famed, ironically titled short story “Homecoming,” this terse film touches a raw nerve of guilt and recrimination. Shot in secret entirely within the Hasidic community depicted in the film, and one of the first movies to be performed in Yiddish in nearly 70 years, Menashe is a warm, life-affirming look at the universal bonds between father and son that also sheds unusual light on a notoriously private community. Based largely on the real life of its Hasidic star Menashe Lustig, the film is a strikingly authentic and deeply moving portrait of family, love, connection, and community.

Kathryn has spent her professional life writing about, teaching, and presenting the arts. Founding Director of the Boulder Jewish Film Festival, Kathryn was Director of Menorah and ACE at the Boulder JCC from 2003 through August, 2019. The former film and theater critic for the Boulder Daily Camera, Kathryn is the author of "The Fifty Greatest Jewish Movies" and "The Fifty Funniest Films of All Time." kathryn.bernheimer@gmail.com
Previous Shabbat Nugget: Post Tu B’Shevat
Next Boulder JCC Reflections 2018 Honors Kate and Josh Dinar 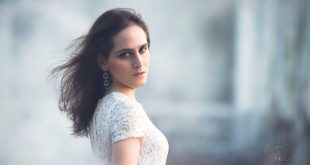 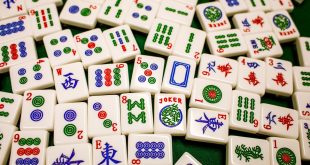