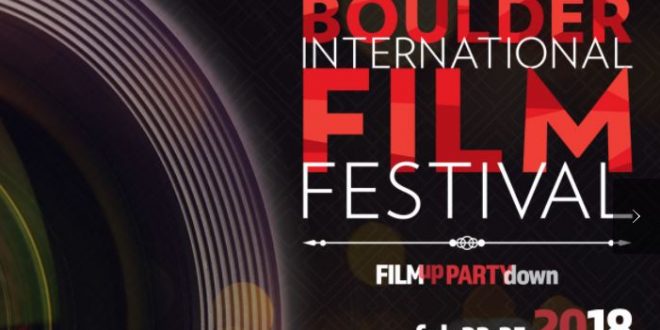 The 14th Annual Boulder International Film Festival brings films and filmmakers from around the world to Boulder for a four-day celebration of the art of cinema. Featuring a wide variety of films from local, national, and international filmmakers, including many that have gone on to significant box-office success and multiple Oscar nominations. Adding to the BIFF experience are events featuring nationally renowned chefs, filmmaker happy hours, multiple opening night Galas, talented musicians and much more. The Festival attracts more than 25,000 film enthusiasts, media and industry each year. BIFF has been proud to host and celebrate some of film’s most talented people, including Alec Baldwin, James Franco, Shirley MacLaine, Alan Arkin, Martin Sheen, Oliver Stone, William H. Macy, Peter Fonda, Chevy Chase, and many more. Based on the author’s own, often funny, family history of Jews left behind in Germany after the war, this film is full of Yiddish-isms. It features David Bermann, a dapper, smooth-talking former trader, fresh from the camps who is soon training a crack team of fellow camp survivors as door-to-door salesmen of “fine French bed linens.” Because Germany’s retail networks have been destroyed, German widows scoop up the linens, and the motley sales force becomes quite successful. (All they want is to get the hell out of Germany.) But could Bermann have collaborated with the Nazis? The smart and attractive US officer Sara Simon conducts the secret interrogations. She wants to get to the heart of Bermann’s wartime memories, but his quick wit and wild tales are a challenge for Simon’s prosecutorial patience. After the death of their emotionally distant mother, Elisheva Rise, her seven children discover a secret cache of journals that she kept for more than 57 years. Unusually, these were written not in her own voice but from the perspectives of each of her children, beginning with their birth. Now, filmed by Elisheva’s grandson Golan, his father, aunt and uncles each read through “their” journal, emotionally confronting their past and their complex feelings for their lost parent. Itzhak Perlman, the greatest living violinist, takes us on a personal journey through his music and one year of his life. Filmmaker Alison Chernick gains privileged access to Perlman with his family, friends and colleagues. Wheelchair-bound from childhood polio, he recounts stories of overcoming obstacles with his talent and humor. We follow him in eclectic settings, from performing with Billy Joel, to visiting his native Israel, to a long conversation with his friend Alan Alda, who is also a polio survivor. The film offers a portrait of a brilliant, amiable artist seeking to bridge the future through his students.

They call me "NewsHound IV," because I'm a clever Finnegan, sniffing out stories all over the Boulder area. I love Jewish holidays because the food is GREAT, especially the brisket. Well all the food. I was a rescue pup and glad to be on the scent!
Previous Baruch Dayan Ha’emet: Harold Raizen, z”l
Next Boulder JCC Reflections 2018 Honors Carolyn Grant