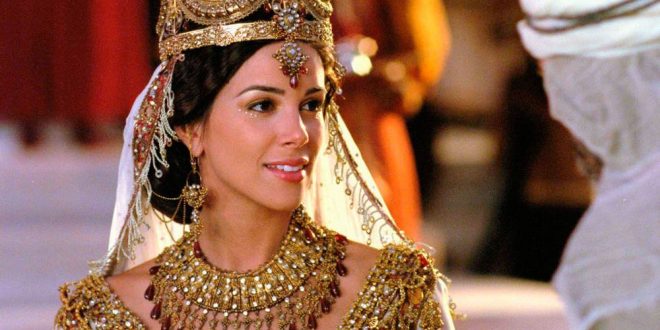 A Tale of Two Crowns

As Purim is upon us, I can’t help comparing the Purim story to the latest popular Netflix series, ‘The Crown.’ In this series, very lavish and well-paced, there is an obvious tension between Queen Elizabeth and Prince Philip.  Though from Dr. Who days, I confess a fondness for Matt Smith-who plays Philip-, his role as the queen’s husband, is complex. The royal family often describes him as being complaining and petulant, though Elizabeth, who loves him very much, tries her best to keep him proper and dignified. To their credit, at least as portrayed in the series, both Philip and to a greater extent Elizabeth, try to rise above their personal comforts in considering the welfare of the country. And amidst many personal struggles, they manage to stay together.

Now let’s shift to the gender relationships in the scroll of Esther. I came across several recent articles which saw Queen Esther as oppressed by the men in her life. In contrast, some of these articles were determined to resurrect Vashti as a positive feminine role model. I would like to convey why I feel both of these are mistaken perspectives. I don’t object, especially in these ‘Me Too’ times, to attempts to focus on exceptional females in the Hebrew Bible. In fact, I have spent over fifty years writing and teaching about such women. But I balk at selective readings which ignore or select Biblical or rabbinic texts to fit a pre-conceived agenda. So I would like to address some of these modern spins on the female personalities in the book of Esther.

Speaking of ‘the crown,’ the rabbis point out that when in chapter one, the king ordered Vashti to appear wearing the royal crown, he meant to say, ‘only in the crown’ and nothing else. She refused for many reasons. Yes, one reason was, rather like the Windsors in the Netflix series, because Vashti was of royal blood being the daughter of the former king of Babylon, Belshazzar.  Achashverosh on the other hand was a commoner, her father’s stable manager. The classic commentary the Alshich points this out this status gap by showing how, when referring to Vashti, the Megillah sometimes puts the word ‘queen’ before her name, and sometimes after. When it is before, the stress is on her being queen and therefore she refuses to be subject to any unreasonable command by her husband.

The king, whose insecurity is manifest throughout the Megillah, is determined to put his foot down, though more often than not, put his foot in his mouth. Thus his obscene directive to her. According to the sages, she declined the command to appear naked, not so much due to modesty or defiance, as to vanity. Before the party, she had broken out in pimples all over her body. The Midrash explains this outbreak as a fitting response to her anti-Semitism when she had forced Jewish maids to strip naked and work on Shabbat.  In short, this royal relationship was clearly dysfunctional.

Enter the new queen, Esther. Though it seems that Mordechai adopted her, the rabbis say that he eventually married her. Even more than the initially reluctant Elizabeth in The Crown series, the last thing Esther wanted was to be ‘the chosen one.’ We see this clearly in the text when in contrast to all the other contenders, Esther refuses any adornments like jewels, garments, and perfumes. However she realizes that once selected, she must use her position for a higher purpose. In the palace, Esther indeed uses her wisdom- what some moderns call wiles- to manipulate the king, but beneath the surface, she is always working for her people.

Her ultimate cleverness emerges when she is finally alone with the king, and instead of revealing both her identity and Haman’s plot, she requests a party with Haman and the king alone. To me, glaring evidence that the Talmudic sages respected women, is a discussion where about fifteen of the most prominent rabbis of their time and all times, sat around discussing what was on Esther’s mind, when she delayed ‘coming out’ to the king. My favorite of the fifteen opinions is the one where she wanted the people to think that she, like Maria Antoinette or Nero, cared more about partying the protecting her people.

Prior to her ruse, after hearing about the annihilation decree, it does seem that Esther debated with Mordechai about whether or not to intercede with the king. But unlike the story’s earlier royal gender battle, Mordechai and Esther’s dispute was not about their own security, but about what response would be most aligned with the divine will. It was basically a Talmudic dialogue. Esther felt the danger was not imminent since Haman’s ‘final solution’ would not be for another 11 months. Therefore, in her mind, to enter the king’s private chamber uninvited, would not solve anything and might risk her only chance to plead her cause. But when Mordechai convinced her not to delay and instead to go as soon as possible, she agreed on one condition: that he would get all the Jews to fast and pray.

Esther realized that her acceptance of Mordechai’s plan would jeopardize her life. She could even forfeit her place in the world to come by consorting with the king at this moment. How so? If we recall the opinion that she was already married to Mordechai, she would not be allowed relations with the king even after she became queen. But now, if she were intimate with the king willingly without his royal invitation, the act would be considered adulterous. Still, she agreed to take the walk down the long scary vestibule to the king’s private chamber, willing to give up everything to save the Jewish people.

One can see Esther as the ultimate negotiator, employing strategy on two fronts: one, the diplomacy of confronting the king directly, and the other by spiritual intervention of mobilizing all the Jews to fast and pray and return to G-d will full hearts. She was the woman who the Talmud calls, the last of the 7 women prophetesses in Biblical times. Even though the 3rd day of the fast would fall on the first day of Passover Esther insisted on that protocol. She knew that as a prophetess she was permitted to suspend a commandment in an extreme emergency case. She even argued with the angels who protested the absence of Jews not eating precious matzah that year. She simply responded to them, ‘if there are no young kids, where will the adult sheep come from?’ In other words, without Jews, how would G-d’s will be fulfilled at all?

The sages relate that at the Sinai revelation, all Israelites were given two crowns, the crown of ‘We will do,’ and the crown of ‘we will hear.’ However, because of the intensity of this revelation, the full commitment to the Torah’s directives did not come about till Purim. On Purim the Jews rededicated themselves to Torah values, even when the Divine Face was concealed. It took the combined efforts of true royalty – Esther and Mordechai, to inspire this rededication. Thus on Purim, there is a heavenly opening for all of us to once again don the two sacred crowns.

Everyone should seek out inspiring role models. But we also need to refine our motives in this search, and be as discriminating as possible in our choices of identification. It could mean the difference between saving not only our own lives, but the lives of an entire nation, and our universe.  Happy Purim!

I have been teaching Torah and Chassidic writings for over forty years to students of all ages and backgrounds, both on the East Coast and the Midwest. I have been a director of several Jewish organizations in Santa Fe and Colorado. My articles and poetry on a wide variety of Jewish topics have been printed in many publications, and also are available online.
Previous Hedy is Ahead in Festival Pack of Repeat Showings
Next At Jewish National Fund, We Leave No One Behind 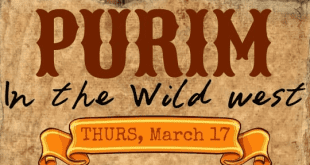 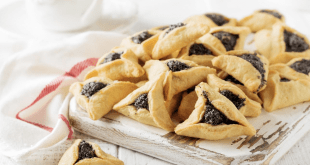