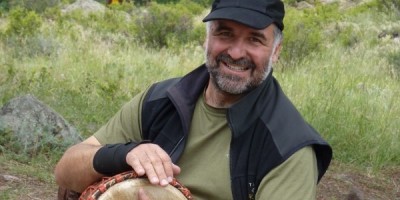 Being in Jerusalem or London or New York, I get really used to the daily rhythm of joining, and sometimes, leading a morning minyan to start my day.  This is truer than ever before, now that I am in my year of mourning for my father.  There is something so comforting about starting each day with the same, familiar ritual of donning tefilllin and joining the chorus of chanting the ancient words of our siddur.  There are voices that critique this daily practice as lacking spiritual depth or authenticity with the rote recitation of so many words whose meaning may be lost in the din of the dirge.  Rabbi Abraham Joshua Heschel in his wonderful book God in Search of Man, describes this as religious behaviorism, the sense that the mechanics of the ritual blur the intention or inner meaning, the kavanah.  The idea that our prayers should have a clear and focused intention and direction is very important in Jewish thought, but so is the notion that we connect to the traditional structures of time, space and a fixed liturgy, known as keva.  This is the essential form of practice, a body that has life breathed into it by our hearts and minds.  Kavanah without keva is like a soul without a body, essence without substance.  Sometimes in our dismissive distaste for that religious behaviorism, we avoid traditional structures completely. Something so important is lost in that rejection.

From a very different world Chogyam Trungpa Rinpoche, founder of Naropa University, taught about the dangers of Spiritual Materialism, where the quest for spirituality gets mistaken for a narcissistic attachment to feeling good in the world of ego, rather than committing to a path and structure beyond the self.  In a world where we all yearn for lives of meaning and connection, it is easy to mistake our embrace of a feel-good spirituality and rejection of tradition for enlightenment.  This is often about what I can get for myself, rather than what I can give to the community or the world. It can be a dangerous trap of giving up something greater than ourselves for a better image of ourselves; rejecting an ancient, transcendent tradition for an idol on the altar of the self.  Harsh words I know.

Being a mourner has given me a whole new appreciation and respect for the form and for those committed individuals, primarily in Orthodox communities, who show up every day to make sure there is a minyan and infuse their daily reality with words and ritual of prayer.  Yes, religious behaviorism is a real danger, but at this point on my journey, I feel that spiritual materialism might be a greater one.  After being in multiple minyanim every day in Jerusalem and London, coming back to Boulder was really hard.  We just do not have this culture in our Jewish community, which is sad to me.  I understand the many distractions and attractions of this beautiful place and the resistance to what can feel like a remnant from an old, forgotten world as we enjoy the freshness, creativity and adventure of this new one.  I am so grateful to those in our community who do make sure that we have a minyan most Thursday mornings at Bonai Shalom, as well as for those who I join at CU Chabad on Tuesday mornings. I would love to see these grow and for other opportunities to emerge for those of us saying kaddish and those who value a daily prayer practice.  I do not underestimate the delicate dance between the polls of apparently empty ritual on the one hand and the allure of a creative spirituality on the other. I hope that one does not exclude the other and that we can live meaningful Jewish lives that allow depth to inform the wise containers of our tradition.

Marc is a native of London, England where he was an actor and practitioner of complimentary medicine before training as a rabbi in London, Jerusalem and Los Angeles. He was ordained at the Ziegler School of Rabbinical Studies at the American Jewish University in 2004 and has been the the spiritual leader at Bonai Shalom in Boulder ever since. Marc was a close student of Rabbi Zalman Schechter Shalomi and received an additional smicha (rabbinic ordination) from him in 2014, just two months before he died. He has been the host and narrator of two documentary films shown on PBS; A Fire in the Forest: In Search of the Baal Shem Tov and Treasure under the Bridge: Pilgrimage to the Hasidic Masters of Ukraine. Marc is a graduate of the Institute of Jewish Spirituality, a fellow of Rabbis Without Borders, has traveled to Ghana in a rabbinic delegation with American Jewish World Service and co-chair of the Rabbinical Council and national board member of Hazon, which strives to create more sustainable Jewish communities. In 2015, Marc was among a group of 12 faith leaders honored at The White House as “Champions of Change” for work on the climate. Marc is a proud member of Beit Izim, Boulder’s Jewish goat milking co-op.
Previous Weekly Edition: January 6, 2017
Next Teens: Chopped – The T’uBishvat Edition

May First Friday: “Prophesy and Madness”