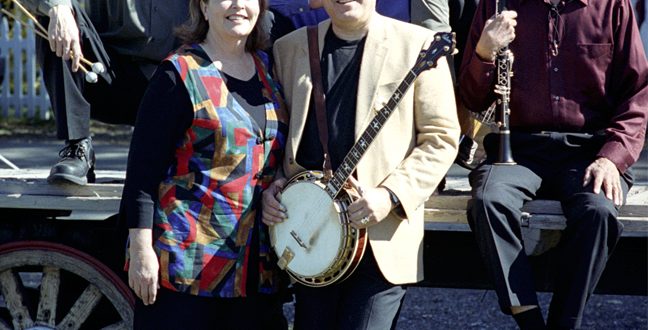 Pete Wernick and Flexigrass Come to the Boulder J I first heard Pete Wernick & Flexigrass perform in 1994 at the historic Left Hand Grange Hall in Niwot. Though it was a long time ago, I vividly recall a dazzling, fun, and soulful night out. The music, while rooted in the sounds of bluegrass and jazz, deftly defied categorization, and to us lucky spellbounds in the audience the lack of labels hardly mattered. Twenty plus years and so many recordings and tours later, the band remains hotter then ever. With the addition of Joan Wernick’s sparkling vocals, an evening out with Flexigrass will be a tremendous pre-Halloween treat!

Pete Wernick, or “Dr Banjo” as he is know internationally, can be described as a local music legend who’s been making music from his home base in the Boulder area since the mid-1970s. He is a recipient of the Distinguished Achievement Award by the International Bluegrass Music Association. Flexigrass follows two other significant Wernick-organized bands: The groundbreaking bluegrass instrumental wizards Country Cooking (1970-76), and the internationally acclaimed Hot Rize (full-time 1978-90 and more recently active with new CD and tours). Wernick was one of the members of the short-lived bluegrass supergroup Men with Banjos who Know How to Use Them, which included Steve Martin and Earl Scruggs among its other members. He has also been a mentor to thousands with his music camps, best-selling books and videos.

Wernick grew up as a Jewish kid in the Bronx, not exactly a hotbed of the high lonesome sound from the hollows of Appalachia. His math professor father and librarian mother stressed academics. Both Wernick and his older sister have doctorates in sociology. Pete heard another calling: “I embraced this kind of music that grew up in the rural South, which I had almost no exposure to as a kid except through the wild music that was coming through the radio…That wild, free-sounding music just spoke to me. It finally sucked me all the way in.” He spent his Sunday afternoons in Washington Square Park, which drew bluegrass pickers from all over the city. “That is where I met some of the best bluegrass musicians in the city, including guys who are friends of mine today, David Grisman and Jody Stecher,” he said of his fellow legends.

For those of us who were fortunate enough to hear Pete sit in with bluegrass/klezmer virtuoso Andy Statman (another of his friends from the Wash Square Park days) last year at the JCC, you know what a great picker he is. In Flexigrass, Wernick’s creativity and playfulness are displayed in full swing, with an incredible support line-up including Greg Harris on vibes, Bill Pontarelli on clarinet, Kris Ditson on drums, Roger Johns on bass, and Joan Wernick on vocals.

Hear Pete Wernick and Flexigrass this Sunday, October 22nd, 7pm at the Boulder JCC.  For tickets and info, click here