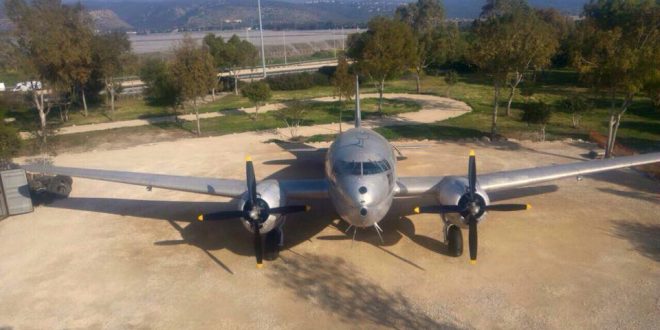 JNF Donor Gives $1.3 Million for Preserving the Memory of Immigrants’ Journeys to Israel

Marina Brodetsky June 22, 2017 News Comments Off on JNF Donor Gives $1.3 Million for Preserving the Memory of Immigrants’ Journeys to Israel Immigrants’ stories of their journeys to the Holy Land will live on thanks due to the generosity and foresight of Denver, CO resident Jack Grynberg and his gift of $1.3 million to Jewish National Fund’s Atlit Detention Camp. Grynberg’s gift will be used for a new exhibit within a C46 airplane that will interactively tell the story of clandestine Jewish immigration by air, allowing visitors to feel as if they themselves were making the secret journey to Israel. Immigration is a topic dear to Grynberg’s heart. At age 15, he and his family arrived in British Mandate Palestine with a British visa in 1946. He reflects on his immigration as a smooth and easy transition, as the British assisted the family with settling into their new life and home. Upon arrival, Grynberg, at 16, joined the Irgun and fought in the liberation of Jaffa as well as Yehudiya, (now the Ben Guirion Airport,) during the War of Independence for which he was later decorated twice with medals from the State of Israel. Grynberg also served in the United States Army Research and Development Command specializing in Soviet Radioactive warfare. “I know how fortunate my family was to be welcomed into Palestine with open arms and recognize that others were not so lucky. This is why I want to tell the story of those whose immigration story included internment at Atlit,” said Grynberg in response to why this project is special to him. The struggle for many began in 1939 when the British issued the “White Paper,” limiting the number of Jews permitted to enter Palestine. Hundreds of thousands of Jewish refugees attempted to reach the shores of the Promised Land, but many were intercepted at sea and incarcerated at the Atlit Detention Camp. Packed in overcrowded ships, these “illegal” immigrants were known as ma’apilim.

Today, the 25-acre camp, restored by Jewish National Fund and the Society for Preservation of Israel Heritage Sites, serves as a museum that tells the poignant story of a people desperate to start a new life in their ancient homeland.

“We are so grateful for Jack’s gift which will ensure that these heroic journeys are not forgotten and are retold for generations to come,” said JNF CEO Russell F. Robinson. “Their stories serve as a reminder of the great sacrifices the early pioneers made to build the State of Israel for our people. It is now our responsibility to continue their work in guaranteeing a better future for the land and people of Israel.”

The C46 Commando Aircraft exhibit is currently under construction and the unveiling is set for August 23rd. It will be housed in a C46 airplane the same model used by the Haganah, and will tell the incredible story of Operation Michaelberg in 1947. This heroic operation, which took place in three parts, brought 150 clandestine immigrants to Israel; 100 immigrants from Baghdad and 50 immigrants, all Holocaust survivors, from Italy. Visitors will learn about the covert immigration by air as they watch the story of Operation Michaelberg unfold inside the plane.

For more information about JNF’s work in Israel and how to get involved locally, please contact Jessica Milstein at jmilstein@jnf.org or 303.573.7095 x978.