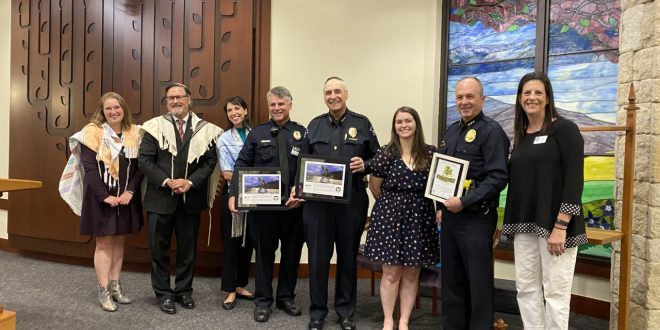 On September 11, 2001, Chief Oates was one week into his new job as the Chief of Ann Arbor when the terrorist attacks occurred, after having recently retired from the NYPD. Oates recounted an emotional story about one of his good friends who died at the Twin Towers. “I always tell the story of Tony as an example of loss, and how there were many wonderful souls who were lost that day, and among them so many first responders,” he said. “I knew nine people who died that day who were members of my department.”

Tully presented the honorees with a JNF-USA Tree Certificate stating a tree had been planted in Israel in honor of their service, as well as a plaque featuring Jewish National Fund-USA’s and KKL-JNF’s 9/11 Living Memorial in Jerusalem. The memorial is the only commemorative site of its type outside of the U.S. that lists all the names of those who were killed on 9/11. Established in 2009, the monument is a testament to the deep connection between the State of Israel and the U.S., and our countries’ shared values of peace, religious tolerance, democracy, and fighting terrorism. 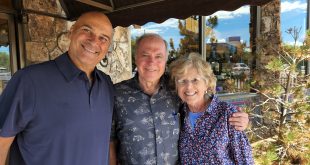