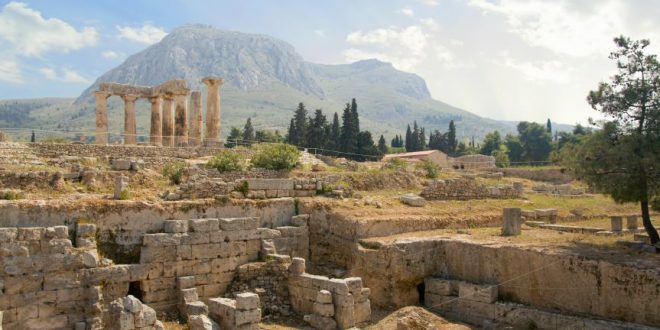 Traditionally, the term “Biblical Archaeology” refers to the study of the archaeological aspects of the history of the Jewish and Christian churches as provided in the Old and New Testament, including the Dead Sea Scrolls. Some, but by no means all, biblical scholars are interested in proving the absolute truth of the Bible. Others see the Bible as a historical document, and seek to find evidence supporting some of the events reported. On Thursday, Nov. 2, ACE: Arts, Culture and Education at the Boulder JCC presents “The Bible and Archaeology: Where They Meet, Where They Don’t and Why,” with esteemed scholar David Ilan:

Professor David Ilan is a native of Los Angeles and has lived in Israel since 1976.  He completed his BA and MA degrees at Hebrew University in Jerusalem and his Ph.D at Tel Aviv University.

After a three-year stint as lecturer at Tel Aviv University in the Department of Archaeology, Professor Ilan became director of the Nelson Glueck School of Biblical Archaeology at the Jerusalem campus of the Hebrew Union College. His publications deal with a wide range of subjects: The Middle Bronze Age of the southern Levant; the archaeology of death; northern Israel in the early Iron Age; community and archaeology; and the problem of antiquities plunder and trade.  He is currently preparing a series of final publications on the Tel Dan excavations with the staff of the Nelson Glueck School.

David lives with his partner Lilach in Jerusalem.  They have four sons between them.

To register for ACE’s Lunch and Learn at noon, Thursday, November 2, CLICK HERE.

“Archaeology and the Bible” is co-sponsored by Hadassah and Congregation Har Hashem.

Kathryn has spent her professional life writing about, teaching, and presenting the arts. Founding Director of the Boulder Jewish Film Festival, Kathryn was Director of Menorah and ACE at the Boulder JCC from 2003 through August, 2019. The former film and theater critic for the Boulder Daily Camera, Kathryn is the author of "The Fifty Greatest Jewish Movies" and "The Fifty Funniest Films of All Time." kathryn.bernheimer@gmail.com
Previous Jewish Singles Potluck Dinner Group Forming
Next ADL to Supreme Court: Reject Discrimination in Colorado Bakery Case