The 23rd Annual Boulder Jewish Festival took place on the Courthouse Lawn on the Pearl St. Mall on Sunday, and it was a big success!  The weather was completely cooperative, without a single shower and warm temperatures that encouraged spending time outdoors in Boulder.

The day started with the first annual Family Fun Run, which led to the Main Stage and Jeff and Paige performing for the younger set and their parents.  Several new things marked the 23rd festival as different: Most of 14th St. between the Mall and Spruce St. was closed off for an inflatable slide, new entertainment and food booths, and kid activities, and new community booths as well.  The musical line up was also broad and interesting, from Klezmer to Rock to JewGrass to World Music, there was something for everyone.

Here’s a link to our on-line photo album.

I've been writing things since grammar school, and served as a writer, photographer and/or an editor on my junior high and high school newspapers; the Daily Trojan at USC (where I earned my journalism degree); the student newspaper at the Anderson School at UCLA (where I earned my MBA); and written and edited countless business documents and presentations in the ensuing twenty years. I've been involved Jewishly since my bris and in Boulder since 1995. I'm married to my Executive Director Cheryl, and we have two children, Lauren and Ethan.
Previous A Remarkable Man Comes To Boulder
Next Annual Sight-Singing Romp with Colorado Hebrew Chorale 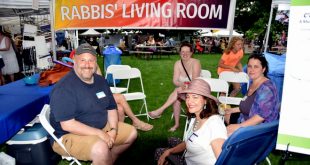 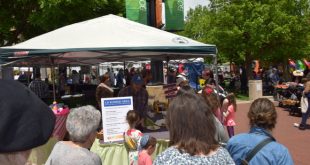 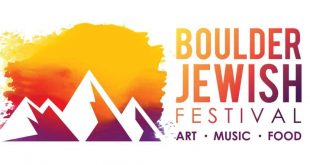