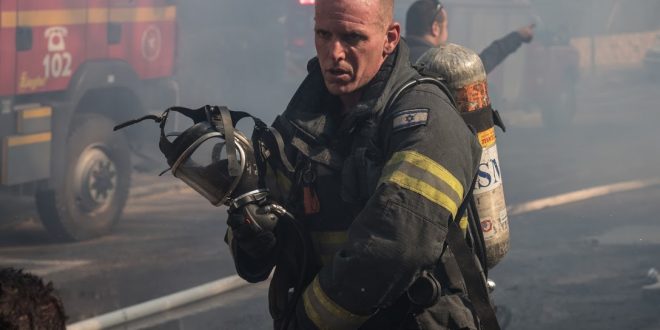 With Fires Out, the Time to Rebuild Begins

Marina Brodetsky November 29, 2016 News Comments Off on With Fires Out, the Time to Rebuild Begins Following six days of devastating fires that ravaged Israel, Jewish National Fund (JNF-USA) is stepping up fundraising efforts and hoping to raise many millions of dollars to help the nation recover and assist Israeli partners with much needed resources and aid.

Since Tuesday, November 22, approximately 10,000 acres of forests have been destroyed by fires set by arsonists. Some 137 people have suffered fire-related injuries. At least 569 homes burned down throughout Israel and in Haifa alone, more than 700 homes were damaged, 37 destroyed, 400 are uninhabitable, and 75,000 residents evacuated.

“For a week our beloved homeland was engulfed in devastating fires forcing hundreds of families to abandon their homes on the front lines,” JNF-USA CEO Russell F. Robinson remarked. “We are on the ground in Israel every day improving lives, but now we are needed more than ever. To answer the great need, we have launched a special campaign for the intensive reforestation of areas destroyed by fires, as well as critically needed firefighting trucks and equipment.

Daniel Atar, KKL-JNF Chairman of the Board of Directors commented, “As the principal caretaker of the land of Israel, this event has been especially brutal not only for the many thousands of residents forced to leave their enflamed homes but also because of the destruction it caused to the environment and landscape. For more than a century, KKL-JNF has planted and cared for 250 million trees that have made Israel the green fertile country it is. This fire set us back many years and it will take a lot of time and effort to rebuild and regrow.”

Yoram Levy, national spokesperson for the Israel Firefighters and Rescue Services said that this series of fires were some of the worst the country ever experienced. “What made this incredibly difficult to fight, more so than the Carmel fire in 2010, was the number of blazes that took place simultaneously all across Israel,” he said. “We had every firefighter across the country fighting the fires and witnessing extensive damage to infrastructure, housing, and land from the north to the south and east to west. Thankfully, we experienced no casualties among our members and are now returning to normal conditions but now we have to look to the future and order many tons of new equipment to replace what we lost.”

Jewish National Fund-USA is on the ground today and every day building a stronger, healthier, more secure Israel. In cooperation with KKL-JNF, JNF partner organizations, first-responders, and firefighting battalions, JNF-USA is working to address both the immediate needs and those that will arise tomorrow for the land and people of Israel.