Applications opened on December 6th for the UpStart Accelerator, the Jewish community’s leading engine behind the success of early-stage, innovative Jewish organizations. Since 2006, UpStart has served as a launch pad for nearly forty Jewish organizations, including: Moishe House, SVARA, At The Well, A Wider Bridge, and the Jewish Plays Project, (see addendum for full list). UpStart recently announced a major consolidation, bringing Joshua Venture Group, Bikkurim, and the U.S. programs of PresenTense into its ranks. The consolidated UpStart plans to create a comprehensive, streamlined suite of high-quality services for innovators and communities pursuing Jewish innovation. Accelerator Cohort 10 will be the first cohort of the new UpStart, benefitting from a broader network of innovators, advisors, and funders to support the growth of their organization. Applications are competitive and close on January 18, 2016 at 11:59pm PST.

“Within the first year of joining the Accelerator, we doubled in every conceivable metric from participants to dollars to staff. That trajectory has only continued, and now we’re poised to serve thousands more students across the world,” said Alex Jakubowski, Executive Director of Kahal: Your Jewish Home Abroad, and a 2016 recipient of the Covenant Foundation Pomegranate Prize.

In addition to the Accelerator program, UpStart partners with institutions like Federations and JCCs to cultivate out-of-the-box strategic thinking and to open up new pathways for growth and impact. With the recent consolidation, UpStart plans to expand programming and to establish more regional hubs nationally.

“Starting your own organization is a thrilling, inspiring, and sometimes terrifying experience,” said Rabbi Adina Allen, Co-Founder and Creative Director of the Jewish Studio Project. “The UpStart Accelerator has not only been essential to our growth as a hub of Jewish creativity, but the ongoing community of support has been invaluable during the ups and downs of entrepreneurship.”

Round 1 of applications is open December 6-January 18. Information about the Accelerator program can be found at http://upstartlab.org/apply/. Applications are accepted from across the U.S. and beyond.

They call me "NewsHound IV," because I'm a clever Finnegan, sniffing out stories all over the Boulder area. I love Jewish holidays because the food is GREAT, especially the brisket. Well all the food. I was a rescue pup and glad to be on the scent!
Previous Teens: Join BJTI’s Mitzvah Day
Next Rose Community Foundation Announces Three New Additions to the 2017 Board of Trustees 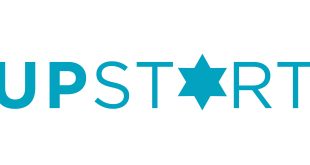 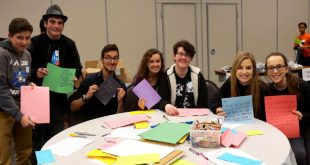 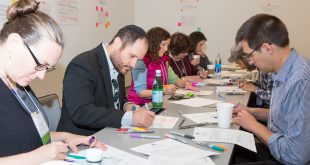