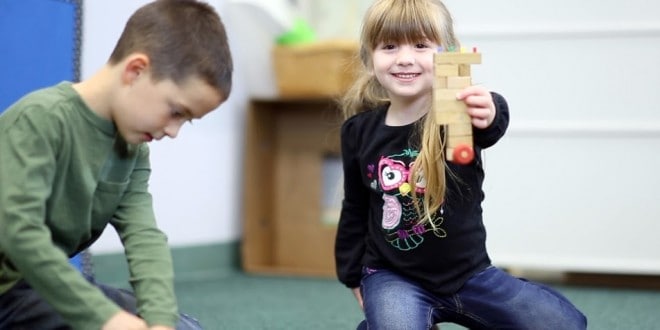 Two Generations of Israelis Work to Bring a Dream to Reality

Staff March 30, 2016 Arts & Culture Comments Off on Two Generations of Israelis Work to Bring a Dream to Reality

North Galilea, Israel – Haran Yaffe grew up in a toy making family that was built by his father. After the birth of his daughter, Olivia, he felt inspired to relaunch his father’s old toy business and to recreate the blocks he enjoyed growing up.  Named after his daughter, Ollies Blocks are meant to create productive play through a traditional, tactile, and fun toy for kids.  The interlocking building blocks inspire creative development through play using eco-friendly material with a nostalgic design.

Before becoming a toy entrepreneur, Yaffe had quite an eventful life. In his early 20’s, Yaffe was a popular singer and songwriter in Israel. The Second Lebanon War soon broke out, and after a bomb hit near his parents’ home, Yaffe decided he wanted to do something more meaningful. A former staff sergeant, he joined his old engineering unit and on Aug. 10, 2006, Yaffe was involved in an explosion that left him for dead. Riddled with shrapnel and barely conscious, doctors didn’t think he would make it. But Yaffe defied them, and after multiple experimental surgeries, he was still alive. After waking up from a 10-day coma, Yaffe was dismayed to hear that his right hand had suffered severe nerve damage, and it was likely he would never play music again. Yaffe was determined and endured months of rehabilitation. He retaught himself how to play the piano and the guitar, and after working hard for months, Yaffe was finally able to play his music again.

After resuming his musical career, Yaffe traveled all over the world to inspire wounded veterans, students, and others to work towards a dream. He expressed his personal motto, “You only live once, but if you live it right, once is enough,” to thousands of people. Yaffe later moved to the US to embark on a tech career in Silicon Valley. He enjoyed much success until he found a greater passion – his wife and newborn daughter. After becoming frustrated with the unimaginative toys of today, Yaffe yearned to give his daughter toys that encouraged her creative spirit. Reminded of the toy blocks his father used to create, Yaffe was inspired to revitalize his father’s toy company and bring back the traditional toys he grew up with. He returned to Israel and teamed up with his father to reopen the toy company and create Ollies Blocks. Named after Yaffe’s daughter, Ollies Blocks encourages development and productivity through play.

“The idea of building or playing with an object in order to generate creativity is something that even professionals do when trying to think of new ideas, so why aren’t we allowing our young ones to benefit from that too?” said Yaffe. “My generation was privileged to grow up with toys like this and we’re so excited to bring this back with our launch and pass down something we had yesterday to the children of today.”

Yaffe and his father are currently raising the funds to open the factory and officially launch Ollies Blocks. They hope to raise $100,000 through Kickstarter to make Ollies Blocks available to kids worldwide.

About Ollies Blocks:  Ollies Blocks are interlocking building blocks that are based on the idea that toys should not just entertain kids for a while but should engage them in productive play regularly. Ollies was started as a toys brand that offers a unique solution to playing and learning. To find more information about Ollies Blocks, visit http://www.olliesblocks.com/

They call me "NewsHound IV," because I'm a clever Finnegan, sniffing out stories all over the Boulder area. I love Jewish holidays because the food is GREAT, especially the brisket. Well all the food. I was a rescue pup and glad to be on the scent!
Previous Alzheimer’s Event Wednesday Night
Next Two Exciting April Classes At Bonai Shalom