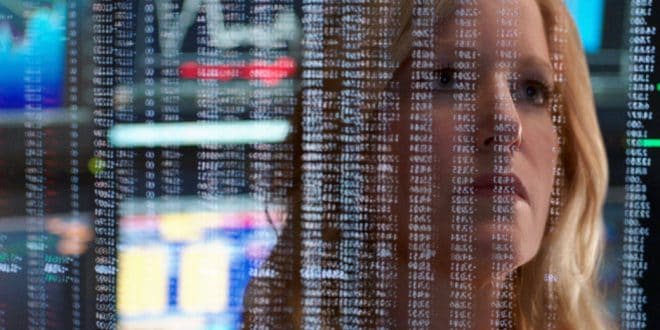 The story by Alysia Reiner, Sarah Megan Thomas, and Amy Fox developed from interviews over two months of women and men on Wall Street.  Financed largely by women who have experienced success and overcame barriers over their years on Wall Street, they said over and over again that “Equity” is a story that should and needed to be told.

“Equity” premiered at Sundance where it was picked up by Sony Pictures Classic.  Widely reviewed by both film critics and through in-depth articles in the financial press and social media press, Equity, brings forth issues both out of the front pages and long endemic to the workplace.  Amy’s earlier movie “Heights”, a Merchant Ivory film on another highly topical emerging issue at the time of its release, premiered at Sundance in 2005 and was also distributed by Sony Pictures Classics.

Amy teaches graduate screenwriting to students at NYU’s renowned Tisch Film School program in the same building where her grandparents once ran the well respected vocational programs at Eastern School, where her mom interned summers at her parent’s pioneering program for the developmentally disabled.

Amy grew up in Boulder and combined her love of theater and writing when she left to start a career as a playwright in 1999 for New York, where many of her plays have been produced..  The way she densely develops her characters and weaves her story comes out of this playrighting vision that first attracted Equity’s lead actress and director to this project.

We are so proud of Amy and hope you will get the opportunity to see Equity, taste the drama, and explore the issues which this story raises.

Amy will be doing talkbacks with the audience following the 2:00 pm and 7:30 pm showings in Boulder on Saturday at the Century Theater and following the 7:30 pm Sunday showing in Denver at the Esquire Twin.

Read the reviews in the New York Times and Boulder Weekly.

and watch the trailer:

Sid Fox renewed his interest and study from his Hebrew School days (where he was inspired by Deborah Pessin's insightful series 'The Story of the Jewish People') when he read James Michener's "The Source". Sid eventually taught a two semester Sunday class for adults at their home when their children were at Sunday School. It was based on 15 years study of the Bible, the three hundred years of modern research and Biblical Archaeology areas he continued to pursue as he branched out to Shakespeare, the Classics and other interests.
Previous Bonai Shalom Receives Hazon Seal of Sustainability
Next Adam Hoechstetter and Nathan Lewison B’nai Mitzvah