DENVER, Colo.  …  April 4, 2016  …  The Jewish Community Relations Council (JCRC), a program of JEWISHcolorado, is pleased to announce five honorees to be recognized at this year’s annual luncheon on Wednesday, April 20th at the Grand Hyatt Hotel in Denver.  This year’s luncheon will also feature Governor John Hickenlooper and Mayor Michael B. Hancock.

The Community Leadership Award will go to Rob Kaufmann, and the Legislative Appreciation Award Recipients will be Senator Leroy Garcia, Assistant House Majority Leader Dominick Moreno, and Representative Dan Nordberg.  A newly created Corporate Partner Award will be given this year to Noble Energy.

The Community Leadership Award honors an individual who demonstrates significant leadership and commitment to both the Jewish and general community.  The recipient is someone who has the ability to bring constituents together for advocacy on issues of importance to the Jewish community as well as someone who is committed to the values and principles of the JCRC.

This year’s recipient, Rob Kaufmann, is a former JCRC Chair who serves in several leadership capacities as an attorney at Brownstein Hyatt Farber Schreck, LLC.  Rob is an active member of the community.  He currently chairs the Colorado chapter of AIPAC and CORHIO, a non-profit organization dedicated to serving all of Colorado’s healthcare stakeholders.  He also serves on the Board of JEWISHcolorado and the Denver Zoo.  Kaufman is a former Chair of HealthONE and has previously served on the boards of The Colorado Health Foundation and Temple Emanuel.

The Legislative Appreciation award honors current or former members of the Colorado State General Assembly or the U.S. Congress who also demonstrate leadership on issues of importance to the Jewish community and a commitment to the values and principles of the JCRC.

This year’s recipients:  Senator Leroy Garcia, Assistant House Majority Leader Dominick Moreno, and Representative Dan Nordberg were co-founders of the first-ever Colorado General Assembly Israel Caucus.  The caucus was established to educate fellow legislators about Israel as well as to reinforce the importance of a strong U.S.-Israel relationship.

This year’s Corporate Partner Award recognizes a local corporation who has consistently supported the work of the JCRC and who demonstrates leadership within the broader community.

This year’s recipient is Noble Energy, an independent oil and natural gas exploration and production company.  Noble Energy has been an ongoing sponsor of the JCRC Public Officials Mission to Israel and is also making unbelievable technological and scientific advancements in both Colorado and Israel.

“The JCRC is extremely fortunate to have the involvement and support of this year’s esteemed honorees,” said Ben Lusher, JCRC Chair.  “Each of them has been integral to the work of the JCRC and to advancing our Jewish community locally and globally.”

This year’s luncheon will also celebrate the recent passage of legislation combatting the BDS (Boycott, Divestment, Sanctions) movement against the State of Israel, which has become a mainstay of the global anti-Israel movement.

For more information, or to register for the JCRC Luncheon, please visit https://colorado.secure-fedweb.jewishfederations.org/page/contribute/jcrc-luncheon-2016 or contact Events at 303.316.6484/Events@JEWISHcolorado.org.

Founded in 1946, JEWISHcolorado is inspired by the collective responsibility to build and sustain Jewish life in Colorado, Israel, and around the world.  Our mission is to secure, steward, and share philanthropic and human resources in support of vibrant Jewish life as well as mobilize the community in times of need.  JEWISHcolorado is a proud member of Jewish Federations of North America, which is collectively ranked among the top ten charities on the continent.. Last year, JEWISHcolorado’s Annual Campaign raised $11.2 million and the Endowment and Planned Giving arm house more than $60 million in long term assets.

Joseph Dubroff is the Director for External Affairs for JEWISHcolorado. JEWISHcolorado provides a pathway for Coloradans to connect with their Jewish identity and values. We offer diverse, creative and inviting opportunities to embrace all Jews at every age and stage in life. Since 1946, JEWISHcolorado has offered programs and services to unite with the people of Israel and ensure a thriving and lasting Jewish community in Colorado. For more information, visit www.JEWISHcolorado.org.
Previous New BJCC Building Brings A New Summer Camp Program
Next Har HaShem Writing First Letters of a New Torah This Weekend 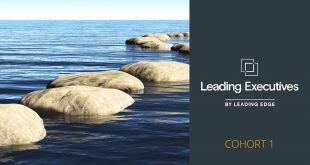