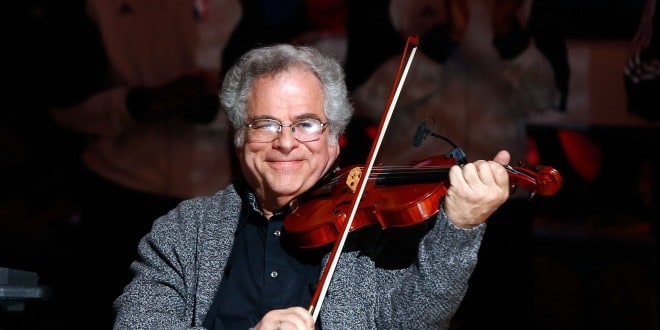 An Emmy-, Grammy- and Academy Award-winning conductor and virtuoso violinist, Itzhak Perlman is a native of Israel who made his Carnegie Hall debut at the age of 18. Perlman has since emerged as one of the world’s most beloved figures in classical music and was recently awarded the Presidential Medal of Freedom by President Obama.

During the event, Perlman will speak and answer questions about his impressive life in music and why he chose to add conducting and teaching onto his busy plate. Audience members will have an opportunity to hear him play a few solo violin works as he demonstrates the power of music and emotionally connects with more than 2,300 that are expected to attend this event.

Choices in Concert is a new adaptation of JEWISHcolorado’s traditional CHOICES event. Historically, CHOICES was established as a women-only event, created through a vision brought forth by community leader and philanthropist Carol Mizel more than 26 years ago. The change in format stems from feedback of past event participants who expressed interest in revitalizing and expanding the approach to the CHOICES event. Choices in Concert is now open to the public, including men and children.

“We are excited to bring Itzhak Perlman to our community and honored to share his talents through our inaugural Choices in Concert event,” said Doug Seserman, president and chief executive officer at JEWISHcolorado.

“We could not have chosen a more appropriate performer to kick off this new event format, and we thank Mr. Perlman for gracing Denver with his talents. And we also thank Cheryl for giving of herself to moderate our new Choices in Concert program. We are certain the community will enjoy this presentation, as evidenced by the already overwhelming response and volume of ticket sales to date,” Seserman continued.

“I am pleased to return to a dynamic city like Denver, whose dedicated Jewish community and diverse passion for culture were catalysts in welcoming me back,” said Perlman. “Having the chance to speak to the audience about music and additionally, meeting personally with members of the community, will afford me an intimate opportunity to get to know the pulse of the people of this great city,” he added.

The community’s response to the new Choices in Concert has exceeded all expectations. After just three weeks of public ticket sales, JEWISHcolorado was forced to temporarily suspend the sale of additional general admission tickets to accommodate the needs of sponsors and ticket captains who are working on the organization’s behalf to maximize the success of the event.

For more information, please visit http://www.jewishcolorado.org/choices/ or by contacting JEWISHcolorado by phone at 303.316.6484.

About Itzhak Perlman
Itzhak Perlman is a treasured conductor and highly sought-after virtuoso violinist. Among his many achievements are four Emmy Awards, 16 Grammy Awards and the 2008 Grammy Lifetime Achievement Award. Perlman has been the soloist for a number of film scores such as Schindler’s List, which subsequently won an Academy Award. He is also the recipient of the Presidential Medal of Freedom for advocacy work on behalf of persons with disabilities.

About JEWISHcolorado
Founded in 1946, JEWISHcolorado is inspired by the collective responsibility to build and sustain Jewish life in Colorado, Israel, and around the world. Our mission is to secure, steward, and share philanthropic and human resources in support of vibrant Jewish life as well as mobilize the community in times of need. JEWISHcolorado is a proud member of Jewish Federations of North America, which is collectively ranked among the top ten charities on the continent. Last year, JEWISHcolorado’s Annual Campaign raised $11.2 million and the Endowment and Planned Giving arm houses more than $60 million in long term assets. Please visit www.jewishcolorado.org.

Joseph Dubroff is the Director for External Affairs for JEWISHcolorado. JEWISHcolorado provides a pathway for Coloradans to connect with their Jewish identity and values. We offer diverse, creative and inviting opportunities to embrace all Jews at every age and stage in life. Since 1946, JEWISHcolorado has offered programs and services to unite with the people of Israel and ensure a thriving and lasting Jewish community in Colorado. For more information, visit www.JEWISHcolorado.org.
Previous Teens: Politics and Race in America 1.2
Next Baruch Dayan Ha’emet: Tamar Bronstein z”l